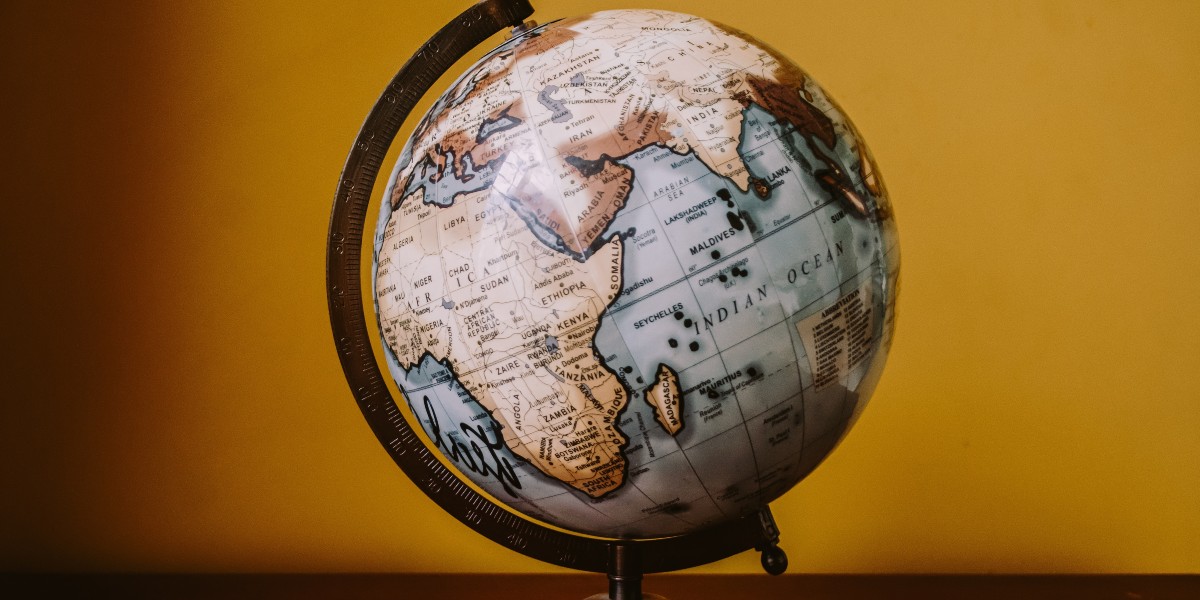 Image description: A globe showing part of the world map including Africa.

The 5th installment of Sid Meier’s popular Civilization turn-based strategy game was released back in 2010. Overall, it’s a fun if mildly repetitive play, that’s most enjoyable on multiplayer with friends. I certainly wouldn’t rank it among my favourite titles, but its still a game I consider worth coming back to. As a history student, for me some of the more interesting elements of the game are the scenarios.

These game modes, of which some are only available as DLC, offer an exciting new flavour to the formula to keep you entertained. Most are based around historical periods or events: you can fend of the Normans as Harold Godwinson in the 1066 scenario, or lead Germanic hordes to sack the remnants of the Roman Empire in the Fall of Rome scenario. Along with these, which are both highly enjoyable are some slightly more controversial playthroughs.

There’s the American Civil War, for example where you might choose to play as the Confederacy or Rise of the New World, which allows you to feel the imperialistic ambitions of colonial Spain. Then, there’s Scramble for Africa. Of course, Civilization V is not the first game to cover historically sensitive themes. Any game with an element of violence is likely to create questions. Nor is it the only title to look at the concept of colonial conquest.

This is a major theme in popular strategies such as Hearts of Iron, Victoria and Europa Universalis. Clearly, there is a market for games in which historical colonialism plays a role. This doesn’t mean we can’t have a conversation about it: on the contrary, I think it’s important to do so.

Insofar that there can be such as a thing as ‘ethics’ in gaming, there is also a line of what is good taste and what is not.

Admittedly, such a line is not always obvious when dealing with something that carries as much baggage as colonialism does. Having studied colonialism in both the 19th and 20th Centuries, it’s something I personally have had to think about. The scenario in the game allows to play as any one of twelve ‘factions’: the British, the Portuguese, the French, the Germans, the Belgians, The Italians, The Ottoman Turks, the Egyptians, The Ethiopians, the Moroccans, the Zulu and the Boers.

As in the base game, there are also a number of unplayable city-states representing other ‘civilisations’. Already, there are points to be made in favour of and against this game. It was right for the game to include indigenous African civilisations like the Zulu and Ethiopia. This gives Africa a sense of autonomy and prevents the scenario from being too western-centric. It places these civilisations on (relatively) equal footing to their European counterparts and so forces the player to see them this way as well.

However, there is also some discomfort in this. The idea of King Leopold II as a ‘playable’ character for example will make anyone who knows the history of Belgian activity in the Congo wince.

There is something grating about seeing a European nation freely thriving off the resources of a nearby weaker African neighbour.

As my friends will likely attest, I am far from an expert at this game. I don’t pretend to fully understand all its intricacies and can only describe my own experiences with it. That said, there are limitations associated with the game that at times give me pause for thought. Resources are key component of the vanilla game just as in this scenario. There is something grating about seeing a European nation freely thriving off the resources of a nearby weaker African neighbour.

Naturally, there is also necessarily limitations on what the game can represent. This means that nations like Ghana and Nigeria are shown only as the British settlement cities of Accra and Lagos, respectively. The Gambia is reduced to an empty tile, coloured red of course. One must ask the question of whether such things are avoidable in a game mode themed around colonialism. That said, I do appreciate that the structure of the scenario is different.

Culture, commerce and exploration are favoured over conquest in the scoring system.

This means it is entirely possible to win while playing a relatively peaceful game, though some level of conflict is encouraged. Perhaps for some players, the experience of attempting to peacefully develop their civilisation while being constantly hampered by invading Europeans will serve as a useful history lesson.

Overall, I think Civilization V: Scramble for Africa does a good job of handling a difficult issue relatively sensitively. It’s not a game built around morality and it doesn’t pretend to be. It makes for a good play experience while keeping to some semblance of historical accuracy.

The biggest question I have is whether this is a direction the game needed to go in.

There are limitations with structure, but these are to some extent unavoidable. The biggest question I have is whether this is a direction the game needed to go in. Unlike Victoria or Hearts of Iron, Civilization V by itself is not built around the core concept of the age of empires, being largely historically all-encompassing.

Going forward, the developers should look into other avenues for their scenarios (perhaps of other periods of African history) and leave the playable colonialism to one side.