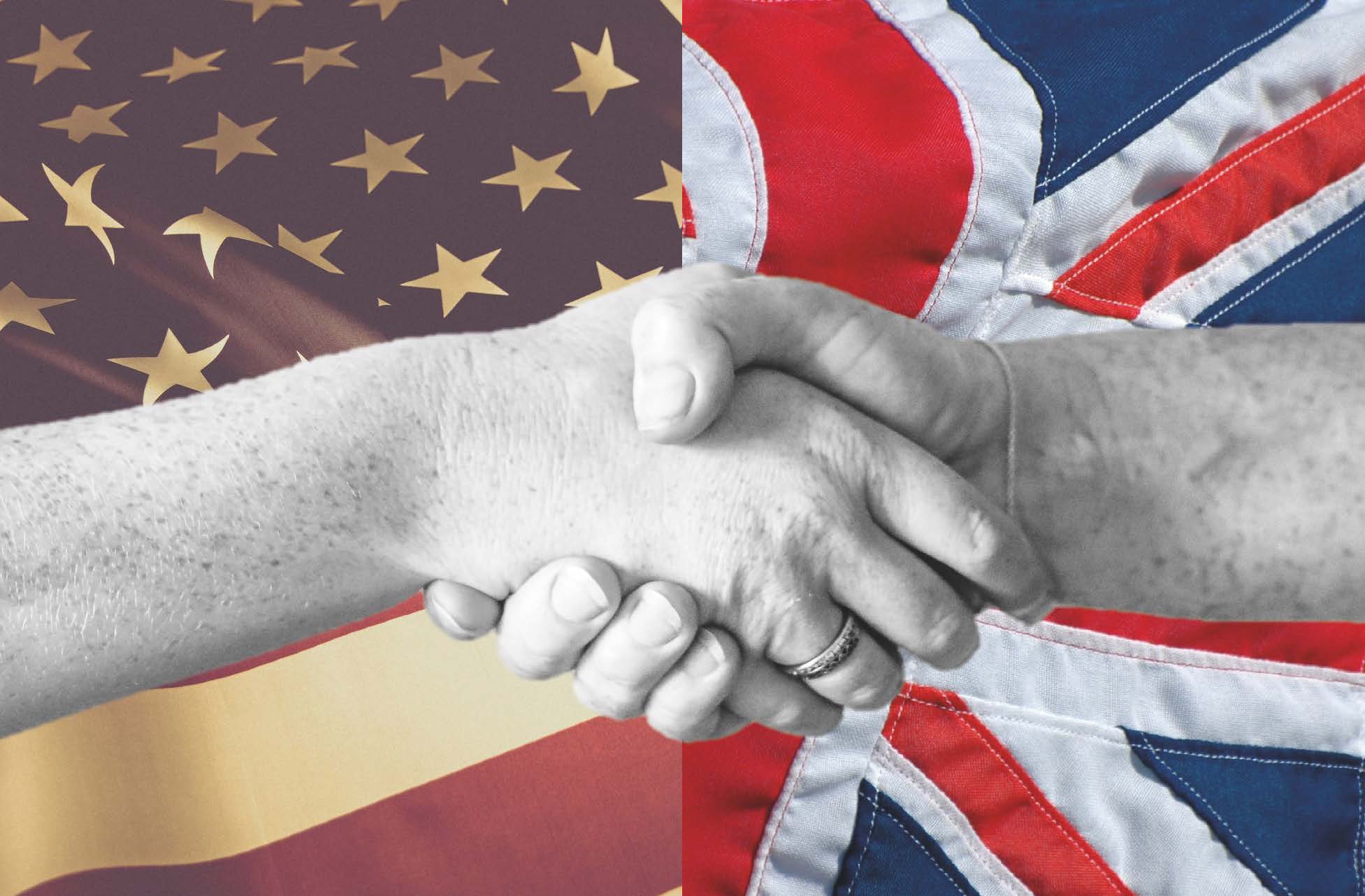 Cracks in the special relationship? What Biden’s election means for UK-US relations

Image description: The flag of the United States on the left, and the Union Flag on the right with a black and white handshake in the foreground

The shadow on Boris Johnson’s congratulatory tweet to Joe Biden reflected the reality that the 2020 US presidential election has been close, and bitterly-fought to the last ballot. However, Johnson’s tweet has also left commentators and observers on both sides of the Atlantic wondering how the Biden presidency will affect the so-called ‘special relationship’ between the UK and the US, one alliance which has withstood geopolitical tremors and storms so far.

On the one hand, there are reasons to be optimistic. A phone call between the leaders shortly after Biden’s victory was confirmed was celebrated by Johnson, who perceived it as an ‘excellent conversation’ that augured a ‘return to the kind of business that we’re used to doing together.’

Such a productive discussion will please many commentators, especially following four turbulent years for UK-US relations, an uncertainty which has reflected Trump’s unpredictable relations with his country’s traditional allies.

A low-point came in 2019, when the British ambassador was unceremoniously ousted following his leaked claim that the Trump administration was ‘inept and insecure,’ leading the President to castigate him as ‘not liked or well thought of within the US.’

However, there were signs of tension even before the leaks, such as Trump responding to the sycophantic state visit organised by Theresa May in 2017 by pushing her into a corner over the Brexit deal and national security matters.

Though the phone call may suggest a gradual return to normalcy – the imperfect yet consistent realpolitik which has generally framed the ‘special relationship’ since 1945, other reasons suggest a more cautious outlook may be necessary.

The first sticking point is that Biden does not support Brexit, sharing Obama’s opinion that a post-Brexit Britain would be at the ‘back of the queue’ for any trade deal.

Concern that the Brexit deal will harm the Good Friday Agreement led Biden to affirm that he sees the 1998 deal as sacrosanct, with the controversial Internal Market Bill that sought to address this issue perhaps a motivating factor in Biden’s lack of interest in a UK-US trade deal.

Furthermore, Obama’s lukewarm relationship with David Cameron cannot be forgotten, and is likely to colour Biden’s attitude towards Johnson’s government. Obama notably snubbed Cameron at the end of his presidency by stating that Angela Merkel was his closest ‘European partner,’ complaining that his British counterpart was ‘distracted’ during the Libyan crisis in 2011.

Whilst certain experts fear that relations will be constrained and hampered as the UK is ‘trapped by Brexit,’ it must be recognised that Biden and Johnson have displayed a shared outlook on other issues. Both leaders believe in NATO, have indicated their commitment to the Iran nuclear deal, and have pledged to take action on climate change.

Even though Biden’s personal remarks on Johnson indicate frostiness, describing the Prime Minister as a ‘physical and emotional clone’ of Trump last year, it is clear that both leaders are keen to bury past controversies in the pursuit of international stability.

It must be recognised that Biden and Johnson have displayed a shared outlook on other issues. Both leaders believe in NATO, have indicated their commitment to the Iran nuclear deal, and have pledged to take action on climate change.

In trying to predict how the UK-US relationship will change and develop under Biden, it is necessary to look back to history to see how this alliance has come into being.

Whilst a ‘special relationship’ is so ingrained into geopolitical folklore that it seems like a given, it cannot be forgotten that for over a century the rupture of the American War of Independence shaped relations, with the extra-judicial capture of two Confederate diplomats from a British ship in 1861 almost driving the two countries back to war.

By 1920, the First World War and the developing political identities of the UK and the US led to a kind of harmony, reinforced by American involvement in the conflict, but not a clear and unblemished friendship.

Woodrow Wilson’s proposed ‘Fourteen Points’ to ensure peace in Europe were rejected by Britain and France, who perceived this overture as American interference. British leaders became further convinced by the US’s sudden withdrawal from the League of Nations ‘that the United States could not be relied upon’.

What created the ‘special relationship’ so familiar to modern observers was the US’s involvement in the Second World War on the Allied side, leading to Churchill’s coining of the phrase that has calmed so many nerves on both sides of the Atlantic.

American efforts to finance and rebuild democracy in mainland Europe after 1945 certainly bound the countries together, and even though the Suez crisis of 1956 tested the relationship, with British troops sent into the Middle East against President Eisenhower’s wishes, a shared outlook on international affairs meant the two countries were inseparable on a majority of geopolitical issues.

The free-market ideals of Thatcher and Reagan and their united front played a role in the dissolution of the Soviet Union. More recently, President Bush’s informal greeting of ‘Yo, Blair’ to the then-Prime Minister in 2006 seemed to reaffirm ties.

Indeed, the backlash faced by Tony Blair following his support of the American-led invasion of Iraq in 2003 indicated that at times, this bilateral alliance was more important than domestic politics.

To many observers, Biden and Johnson represent contrasting brands of politics, with Biden being an honest, if gaffe-prone, moderate and the latter a showman who flirts with nationalism. However, despite disagreement on Brexit, there is every reason to believe that the relationship between the UK and the US will grow in strength across the next four years, perhaps due to pragmatic concerns of realpolitik as opposed to a genuine bond between Biden and Johnson.

However, despite disagreement on Brexit, there is every reason to believe that the relationship between the UK and the US will grow in strength across the next four years.

Both leaders agree on the majority of international issues, and crucially both are aware that in the aftermath of four tumultuous political years on both sides of the Atlantic and the disruption of Covid-19, there are domestic and international preferences for a return to normalcy. Thus, though caution is necessary, any cynicism regarding the UK-US relationship is outweighed by multiple causes for optimism.