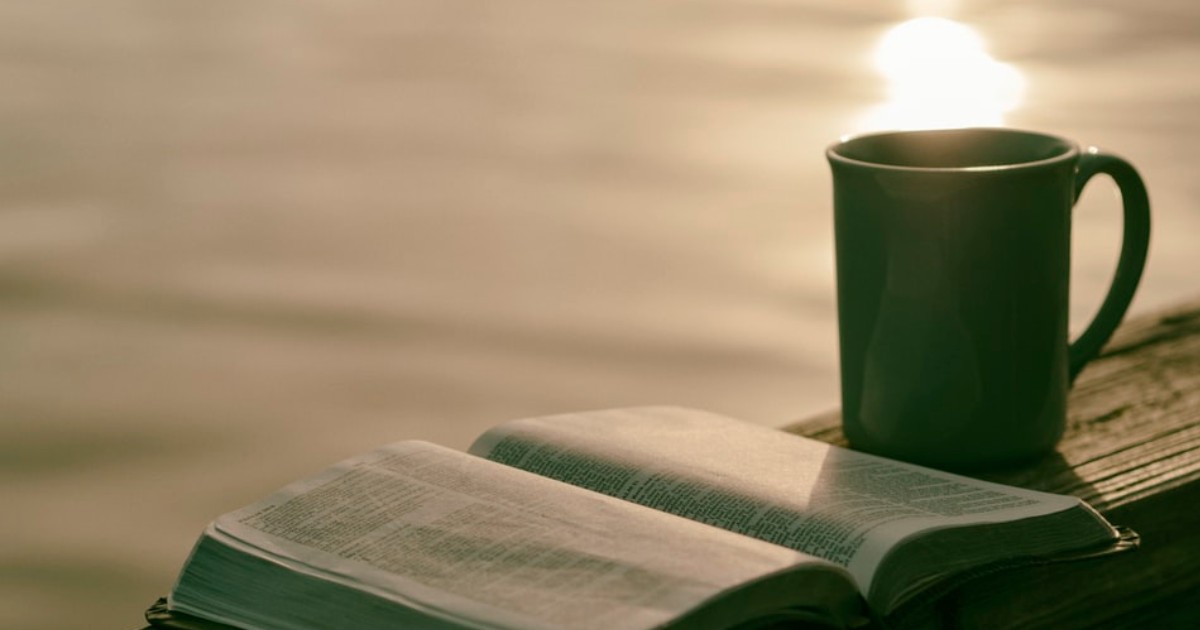 Image description: An open book and cup of tea resting on some wood in front of a lake

As we enter further into second lockdown, and the evenings are getting darker and longer, no doubt many of us are finding things rather tedious. If living through these ‘unique times’ isn’t quite entertaining enough for you, our culture team have put together some of their top recommendations.

Things to listen to:

If you haven’t listened to this album, then you’re missing out on one of the best albums of the year. Chloe x Halle are a sister duo who have been making great music for years, and have continued to deliver with this R&B album full of fantastic songs. And their live performances – delivered from their tennis court due to the pandemic – are just as amazing (if not better) than the recorded versions.

This is the first part of Joni Mitchell’s release of pieces from her extensive archive. It tracks her early years from 1963 to 1967. Many are live recordings, and there are multiple versions of the same songs, slightly changing and developing over time. Less an album and more of an experience, you can hear Joan Anderson turning into a more confident woman through each song, slowly becoming the iconic Joni Mitchell.

A professor at Yale, Laurie Santos started this podcast as part of her undergraduate course on the art of happiness. Rather than seeing happiness as something ultimate, she treats it as a state of mind which we can all learn to be better at. Each episode involves Santos interviewing experts and interesting individuals, and they all leave you with a new perspective on your mind and thoughts. There are currently new episodes being released, on the history of happiness, and there is a substantial enough back-catalogue to keep you listening for a while.

2013 feels like a million years ago, so why not be transported back with One Direction’s best album? In this album, One Direction moved slightly beyond the cookie cutter sound of Up All Night and Take Me Home. The album contains some of their best and most well-known songs, including ‘You & I’ and ‘Story of My Life’. It may not be the greatest music ever made, but like anything 1D, it’s fun, upbeat, and nostalgic.

Anne with an E:

This adaptation of Anne of Green Gables transports you to the community of Avonlea. It explores many important themes, and the small town, cosy feel of the show is perfect for the autumn and winter months. The characters soon come to feel like family, and the tone of the show is optimistic about a positive future, which helps to give some escapism from the current world situation.

The 5th season of This is Us is currently premiering in the US, with episodes being added the day after on Amazon Prime. Now exploring coronavirus and the US election, the previous seasons follow the lives of the Pearson family, across generations and decades, weaving together multiple storylines. Think upmarket, sophisticated soap opera, meets social commentary and intimate family dynamics.

Netflix’s new adaptation of Daphne Du Maurier’s gothic novel starring Lily James and Arnie Hammer is brooding, dark and sexy. The film flips from light romance narrative to ghostly and creepy, and ends with dramatic courtroom scenes: a little bit of everything if your household all want to watch a different genre of film. The costumes and sets are gorgeous, as frankly, are most of the cast, and it includes a brilliant performance from Kristin Scott Thomas.

The second series of BBC’s comedy Ghosts is now on BBC Iplayer. Written by and starring the original cast of Horrible Histories, it is comforting, clever and a healthy dose of nostalgia to your CBBC watching days. Series 2 revisits Alison and Mike in their haunted house, and further explores the lives (and deaths) of the ghosts, often to witty and unexpected ends. Mathew Baynton is a highlight as a melodramatic Romantic poet, and Katy Wix’s line “she’s a fancy flapjack” has been making me laugh for weeks.

Netflix’s new take on the police drama shows a team of interrogators attempting to get answers out of suspects. The twist is that the viewer is given no more information than the investigators, and is thus invited to follow them on the same mental journey, with all the same moments of realisation and frustration. The show succeeds in presenting a new angle on police work in this structure through an incredible cast, word-perfect writing, and a sense of ambiguity that leaves both you and the interrogators with nothing but your own sense of belief, morality, and plenty of shaky, but compelling, evidence. Season 2 was released on 16 September.

I watched this sitcom, written by and starring Canadian comedian Mae Martin, right at the start of the first lockdown. Also starring Charlotte Ritche, it explores bisexuality, relationships and addiction in startlingly funny terms, repeatedly making you cry and laugh at the same time. Their relationship is both brilliant and highly flawed, and the ending suggests a second series on the way, so catch up before it’s out.

If you haven’t watched this fantastic series already, then now is the time to catch up on what you’ve been missing out on. Avatar: The Last Airbender is one of the most popular animated series ever made, and it has a wonderful plot arc, great characters, and plenty of funny filler episodes. It’s definitely worth watching in lockdown, whether for the first time or for nostalgia purposes.

Brilliantly written and gripping, if you haven’t given the Wolf Hall trilogy a read yet, four weeks of spare time might be the perfect time to start. Mantel won a Booker prize for it, and it is a good introduction to historical-ish fiction. Following Thomas Cromwell from boy to chief advisor to Henry VIII, it’s sexy, dark and exciting, and if nothing else, long enough to be reading it until Christmas.

With term almost halfway over, in very difficult circumstances, education may be wearing slightly thin. But this memoir of growing up in an orthodox religious family in the US, and a journey to the second best half of Oxbridge will remind you of the power and brilliance of reading, thinking and teaching. It is shocking, strangely heart-warming, and will make you think in a very different way.

The Vanishing Half, Brit Bennet:

Released earlier this year, The Vanishing Half follows the Vignes twins and their daughters, with the choices of the past pushing far into the present. This is one of those novels where the plot twists and turns and brings you along with it on a very complicated, but well-handled plot. It explores themes of race, gender, identity and family deftly and sensitively, and will hook you in for hours at a time. Utterly readable, it might be the immersive escapism you need this month.

If I don’t know, Wendy Cope:

If I don’t know is a collection of poems by Wendy Cope from 2001, but it strangely provides comfort and relatability right now. Poems such as Idyll and Being Boring explore themes of contentment, stillness and everyday beauty, and they are a perfect way to try to find the best of little things in difficult times. The collection also has some of the more witty and comedic poems Cope is more well known for, and ends with a longer form poem from the perspective of a teacher. If you’re not normally a poetry person, why not give this a try?

This book has been my go-to recommendation ever since I finished it. A science-fiction epic, Le Guin’s masterful storytelling takes us to the planet Winter, where an ambassador for a mysterious galactic federation is making first contact with the Gethenians – a species who have no fixed sex. This setting allows for an exploration of a society formed on a completely different basis to any we have ever experienced, leading to an examination of isolation, civil rights, politics, religion and interpersonal relationships.

Essential shops such as Tesco and Sainsburys are still selling physical copies of magazines,  in a virtual term, lockdown might be a time to enjoy browsing away from a screen. Reclaim a feeling of nostalgia by pouring over the glossy images in Vogue and window shopping without leaving the house. Bonus, you could also reuse the magazines to make a collage/ use it for a Country living cut and stick-esque design.

In the absence of Primark, we need something else to fulfil cheap jewellery addictions. Earring/ necklace making kits on amazon range from very basic (kids) to super fancy, depending on your level of skill. This is my personal favourite, https://www.amazon.co.uk/gp/product/B07MS8TML1/ref=ppx_yo_dt_b_asin_title_o05_s01?ie=UTF8&psc=1 (you also need to buy glue and I would recommend having tweezers to hand)  they take little effort and are very fun. If you make enough of them they’re definitely worth the cost and can be an exciting activity to do as a household.

So you got a Tiktok addiction last lockdown? Now is the time to start making them. This could range from learning dances to just flexing how pretty oxford libraries are (and might give you some motivation to actually go to them). You might discover you are the next Addison Rae who knows? Hope to see you on my fyp soon.

HER story is a digital exhibition by the North Wall Arts Centre which is located in Summertown, Oxford. It’s a response to the 100 women of oxford exhibition by Phillipa James which was on just before lockdown.  It broadcasts the faces and stories of ordinary women who live in Oxford, all of them have very rich and very different lives. The photographs give us an insight into how these women are feeling at this moment, when our lives are suspended for a few months.