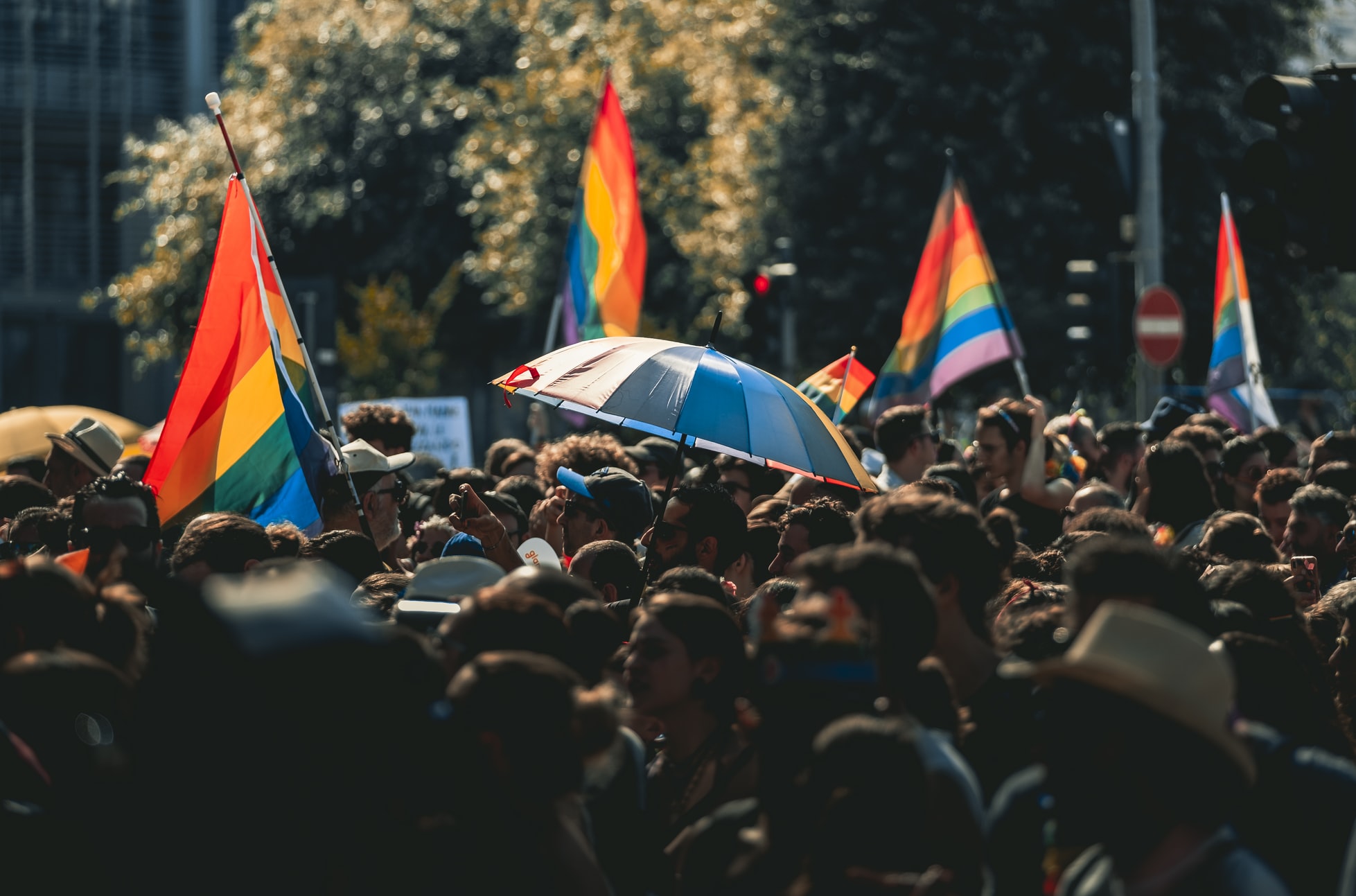 Globally, 2020 has been a historic year for LGBTQ+ people. Alongside the Pope updating his stance on same-sex civil unions (something I wrote about earlier this term), we’ve also seen a ‘rainbow wave’ in the US, with more LGBTQ+ people elected than ever before. However, as queer people know too well, there is no time for complacency.

If the Trump presidency teaches us anything, it is that our hard-won rights can be taken away very easily if we take our eyes off the ball. As a community, it is important we keep looking forward, to the fights of tomorrow, regardless of whether we’ve achieved victories or defeats today. With that in mind, I’ve put together my 10 goals for LGBTQ+ internationalism beyond 2020:

This is an area in which we have already seen some encouraging signs this year. Back in September, Equalities Minister Liz Truss announced that the process for applying for a gender recognition certificate was to be modernised and the fee significantly reduced. While this is a good start, the act still remains problematic for many trans people in the U.K.

It still requires a medical diagnosis of dysphoria, along with excessive evidence for consideration by a panel of judges and medical professionals. This method is exclusionary and out-dated in a way which causes real harm to trans people living in the U.K. What we need is a system of self-identification that gives trans people in the U.K. the basic dignity that they deserve and reflects the modern world we live in.

While President-elect Biden certainly has many flaws, one reason why he received such a wave of support from LGBTQ+ Americans was his consistent commitment to protecting and expanding our rights.

Perhaps the most impactful way this could be done during his presidency is through the passage of the Equality Act, which would extend protections under the Civil Rights Act prohibiting discrimination to cases of sexual orientation and gender identity, as well as race and religion.

Such a thing would make the Supreme Court ruling on gay marriage seem trivial and would guarantee LGBTQ+ were no longer at the mercy of partisan politics no matter what state they lived in.

To some, Germany may be a surprising inclusion on this list, given the relatively high quality of life German LGBTQ+ people enjoy. Certainly, the conversion therapy ban for under 18s that passed into law in May of this year seems to suggest that. But Germany is at once a country of social liberalism and distinct religious conservatism.

It is worth noting that the views of incumbent chancellor Merkel are distinctly less progressive than some of Germany’s western neighbours. Germany is also the pre-eminent power within the European Union, and might be able to set a better agenda through strong progressive action. Extending the ban on conversion therapy into a total ban would be a perfect start to such a process.

This legislation, the latest offering from Australia’s current far-right government, is nothing more than a thinly veiled attempt to undermine rights enjoyed by LGBTQ+ Australians today. It would override current federal and national protections against discrimination and could even undermine same-sex marriage, only recently introduced in Australia in December 2018.

It would give protection to those wishing to spread homophobic and transphobic views and put those who speak out against such discrimination at risk. Stopping this bill would represent a major victory for LGBTQ+ Australians in a situation that would otherwise leave them extremely vulnerable.

While the decriminalisation of homosexuality in India in 2018 did represent a huge milestone for LGBTQ+ Indians, it is very much the first step in what will undoubtedly be a long and arduous fight for our rights. Attitudes have changed little in India since the criminalisation was declared unconstitutional and violence against trans women, particularly, continues to be alarmingly high.

Beginning the process of protection from discrimination is likely to still be some way off, but the realisation of this goal by activists within the subcontinent would be massive, especially given the fact that with 1.4 billion people, India is the second-most populous country on earth, meaning millions of lives could be significantly improved.

It is difficult to know where to start with a country like Russia, which propagates one of the most anti-LGBTQ+ agendas in the northern hemisphere. In the short-term, it is hard to argue against the need to block the passage of the Traditional Rights Bill.

The bill flies in the face of the European Convention on Human Rights and would drastically limit the rights currently enjoyed by transgender Russians in particular, preventing them from changing their sex on their birth certificates and limiting their rights to marry and start a family. LGBTQ+ rights in Russia are not likely to materialise for some time, but blocking this Bill is an essential step to see they do not get any worse.

Perhaps this may seem trivial when compared to some of the other entries on this list, particularly given that LGBTQ+ people in China face considerable difficulties that ought to be addressed through changes in the law.

However, it is important not to underestimate the power of pride, especially in countries with fewer legal protections for LGBTQ+ people than those in the west. Overturning the cancellation of the Shanghai Pride parade, China’s largest LGBTQ+ festival, would be an important symbol of hope and provide a substantial platform from which to challenge traditionalist anti-queer ideology all across China.

It is difficult to think of a more fervently anti-LGBTQ+ leader than Brazilian president Jair Bolsonaro. The so-called ‘Trump of the Tropics’ has a long history of blatant homophobia, something he claimed to be ‘proud of’ during his days as a congressman.

He has repeatedly made it clear that he intends to do all he can to undermine LGBTQ+ rights in Brazil and as president is perfectly positioned to roll back protections from discrimination recently passed by the country’s supreme court. Sometimes, politics can boil down to just one person. The best step now for LGBTQ+ Brazilians is to get Bolsonaro out of office.

There are many concerning things about the current far-right administration in power in Hungary, who have used the Coronavirus as a cover to undermine democracy and force through their sinister agenda.

Most recently, this has seen them propose a constitutional amendment ostensibly to protect ‘Christian values’, but in reality undermining rights for LGBTQ+ Hungarians in a manner that could be very difficult to reverse.

Much of the ardently anti-LGBTQ+ legislation from this government so far, such as their ending of the legal recognition for gender identity changes, would be simple enough for a differently minded government to overturn.

Changing the constitution, though, to prevent any identification beyond assigned sex and limit marriage to heterosexuals is likely to be far harder to undo. Stopping this amendment must be at the top of our agenda.

There is an awfully long way for us to go in Uganda, which is widely considered to be the worst country in the world to be LGBTQ+ and where acts of homosexuality are punishable by death. In the wake of the global pandemic though, our first priority must be to keep some of the most vulnerable members of our community safe.

The pandemic has provided the government with a fresh excuse to crackdown on undesirables, and many LGBTQ+ people find themselves outed by communities in which they have sort shelter, following significant pressure from the security services.

Protecting these people needs to come first before questions of legislative change can even be considered. Whether this means offering asylum or international intervention, this is something LGBTQ+ Ugandans cannot wait for.