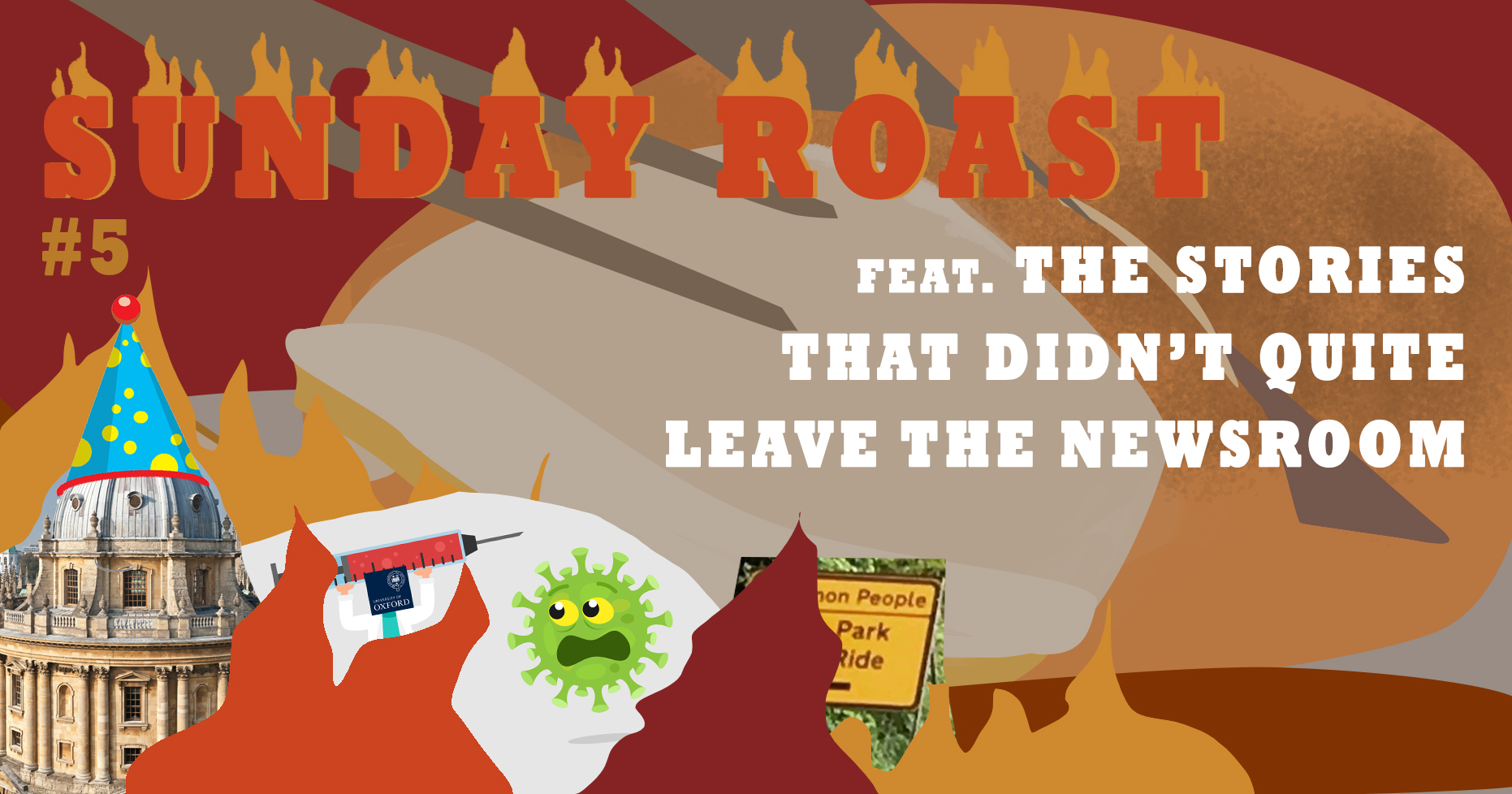 As we move into 8th week (affectionately known as ‘thank f*ck it’s almost over’) sit back, relax, and enjoy a little light-hearted ‘news’.

The Oxford Student has recently uncovered evidence to suggest Oxford students are the most drug-fuelled group in the country, with some students consuming substances up to five times a day aimed at boosting performance and increasing awake time.

For an investigation, I inserted myself as a typical ‘student’. Led to the location by the remains of other user’s paraphernalia discarded on the street, I joined a conspicuously long queue. Yet, I was undeterred in my mission upon noticing some familiar faces from brief encounters in the Bullingdon toilets. The dealers appear to restrict access to the pick-up location, perhaps out of fear, but eventually, I was called forward and ordered to present my phone to confirm my eligibility. Sweat dripped profusely from my head. As I anticipated for my ‘order’ and I exchanged nervous glances with the other few people in the waiting area, breaking eye contact immediately to avoid unnecessary recognition.

Finally, they called out my order, cleverly disguised by some Christmassy themed name, but known to those in the know as a ‘Pumpkin K2 spice latte’. I was surprised just how easy it was to get high as an Oxford student, and even more surprised to learn that the goods cost as little as ‘continuously making new accounts for the free trial’. Word on the street from the OxStu suggests ‘Ket-a-Manger’ certainly lives up to its name.

Self-Administered COVID Testing Set Up for Failure; Students Not Used to Picking Own Brain

Two lateral flow tests are being provided to students in advance of the vacation to reduce the risk of spreading COVID while travelling home for the holidays. However, the tests must be self-administered, which could lead to false-negative results if wrongly conducted.

The lateral flow tests use nasal and throat swabs to collect samples. Past test recipients have described nasal swabs as “feeling like they’re picking your brain.” This may create a dilemma, as Oxford students have little personal experience with this.

“My tutorials are basically just a personal lecture,” said one student, “so to be asked to do something for myself is a new experience.”

One tutor told us that she wouldn’t be surprised if these tests found nothing in her students’ brains, since -despite rigorously assessing candidates before they arrive and offering places to those who are best poised to succeed – the tutor “has never given a piece of positive feedback in [his] life”.

However, some Oxford student asserted that they were more than capable of self-administering a test. One Christ Church third-year said, “I’m regularly putting things up my nose.”

The Dean of an unspecified College emailed students earlier this week ordering those who were suspected of taking part in illegal social gatherings to report to them for questioning.

The Oxford Student spoke to the Dean’s secretary, who confirmed that the Dean was “just lonely” and that “lockdown has hit them especially hard.”

It is understood that these interviews were intended to discover others responsible for organising illegal social events. Large gatherings have occurred in several Colleges in recent weeks, and in other square locations. College Deans have reacted especially positively to the return of their favourite hobby of issuing substantial fines to those involved.

A spokesperson for the unspecified College said: “We care deeply about the health and safety of all our staff and students, and while such thoughtless rule-breaking endangers the safety of others, we are glad to report that the mental health of the Dean has significantly improved since.”

Other colleges have responded to illegal gatherings by shutting common spaces like JCRs and in some cases, even considering the closure of dining halls. In response to criticism that such decisions might just push students into gathering illegally in their own rooms, the Dean of another unspecified college has said: “It’s not the worst thing an Oxford Dean has done recently.”

Several Oxford colleges have been told that they will not be able to serve alcohol after lockdown is lifted on Wednesday, owing to the fact that such beverages can only be served with a ‘substantial meal’.

An anonymous home bursar at one college has told us that they are confused by the decision, saying that “we charge students a substantial price for their meals – we assumed that the actual meals would be substantial too.”

Various heads of colleges have been utilizing their government connections this week to find out what may in fact be considered a sizeable serving: The Oxford Student understands that in a secret WhatsApp group chat, an unnamed MP suggested that “you could probably charge a fiver for some beans and a bit of salad, and if you throw some bread in too, we might let you sell the freshers a few bottles of red.”

Commoners in Oxford ‘banned from driving’ 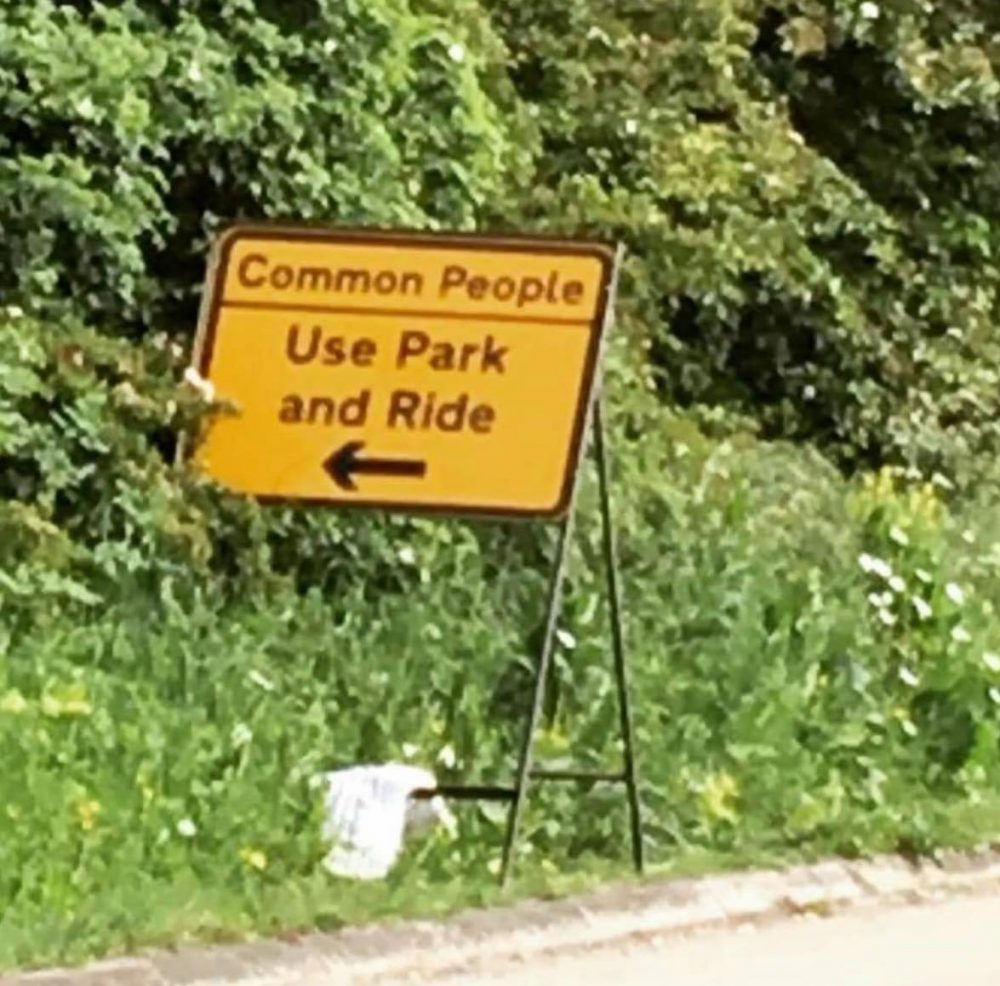 So-called ‘commoners’ (people who don’t call their parents Mummy and Daddy, or own an aga) have been informed that they will no longer be allowed to drive within Oxford city centre. The decision will affect both students and local residents alike and will come into effect immediately.

Oxford’s city councillor has said that the decision will go a long way to reduce congestions and emissions in the city, saying “we know that normal people don’t care about climate change, or getting to work on time.”

“Really, we’re quite surprised common people can even drive at all, and we’ll be in conversation with the local police to see how we can enforce the new decision.”