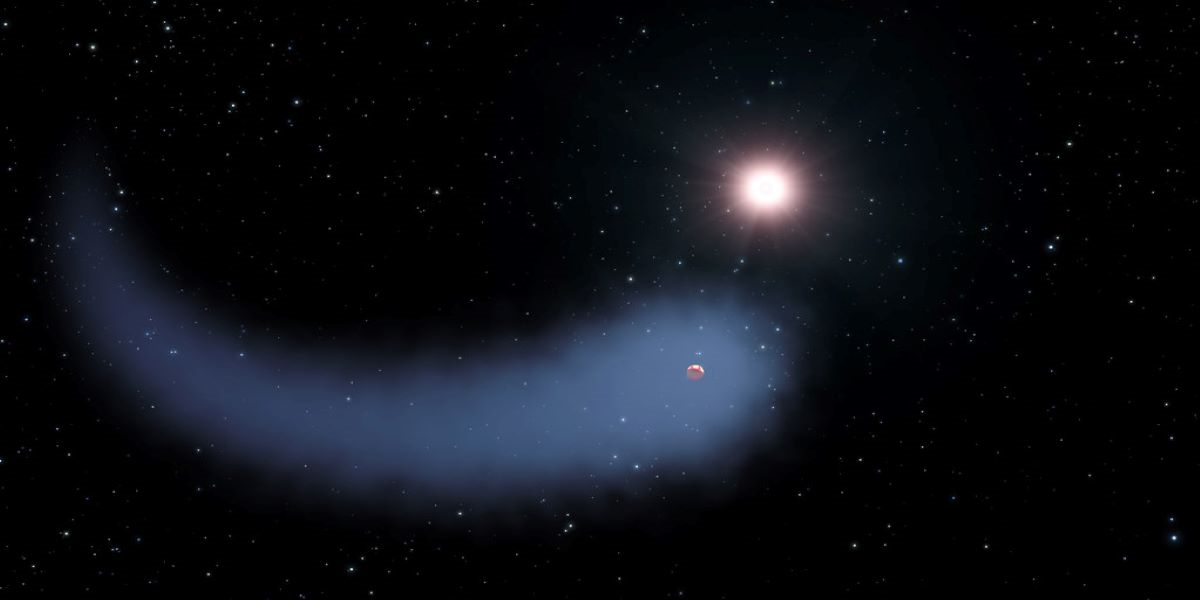 Ariel and the search for extraterrestrial life

After years in the pipeline, the Ariel space telescope has been given the go-ahead for launch in 2029. This spacecraft is the brainchild of a cooperative European endeavour to map the atmospheres and chemical environments of far-flung worlds. If all goes well, Ariel will bring planetary science out of the solar system, and into uncharted territory. However, alien hunters may have to keep their enthusiasm in check – for now.

Ariel will peer at a range of exoplanets, but its focus will be on worlds baked by their home stars at over 320 ºC. By all measures, these are extremely unlikely abodes for life. Even so, the detection technique available to Ariel makes them attractive targets.

The telescope will search for faint chemical fingerprints as planets transit in front of their star. By only soaking up particular wavelengths, different atmospheric components imprint distinctive patterns on the starlight beaming through. The closer a planet is to its star, the more frequent the transits and the opportunities to carry out observations. Another perk of closely orbiting hellish worlds is that they wear their atmospheric makeup on their sleeve. Whereas gases may sink or coalesce into clouds on cooler planets, in an atmospheric cauldron they can circulate freely, allowing Ariel to capture more representative spectral signatures.

Ariel’s predecessors had to split their focus between probing exoplanetary atmospheres and other tasks. Instead, the ESA spacecraft will be solely dedicated to this endeavour, broadening the search to an unprecedented number of targets – hundreds of them. This is a cause for excitement. By gathering data en masse, Ariel will build towards something that has been sorely lacking in the quest for living worlds: a standard model of how atmospheres arise based on their host star and planetary environments. Understanding what is in line with this model, and what is not, may help scientists home in on genuine anomalies.

To betray the presence of life, a planetary atmosphere needs to be thermodynamically quirky. ‘Biosignatures’ are cues that, based on what we know about physics, should not be there. They arise due to the unique self-organising properties of life, that can channel energy to counter the universal tendency towards molecular disorder and kick atmospheres out of chemical equilibrium. In the quest for alien life, though, anomalies are unlikely to be spectacular or self-evident. To get a taste of the challenges facing biosignature hunters, one need look no further than Earth’s twin: Venus.

A far cry from the lush jungle world of classic science fiction, Venus is a planetary inferno bathed in sulphuric acid rains, with a mean surface temperature high enough to melt lead. This made the recent detection of Venusian phosphine ‘signatures’ all the more puzzling. Although the fact that swamp and penguin-dwelling bacteria produce this chemical made headlines, it is the thermodynamic improbability of phosphine that is perhaps most tantalising. Building and replenishing phosphine molecules under Venusian conditions is an unlikely, energy-intensive feat, suggesting that biological activity may be behind it.

Exotic lifeforms might indeed be floating in temperate, high-altitude Venusian clouds, safe from the hellscape below. Or it could all have been a blip in the data. The fact that we don’t fully understand the workings of the Venusian atmosphere is another stumbling block, since exotic abiotic chemistries cannot be ruled out. Hopefully, it is also one that Ariel will help us overcome in the case of exoplanets.

Pinning down biosignatures would become less of a thankless task if we knew where life can, in principle, arise. At present, we have no such knowledge. Time and again, attempts to map molecular pathways to life from simple organics have failed, and promising cradles – such as deep-sea hydrothermal vents – have been exposed as unlikely starting points for biology. Ironically, fossil finds have kept pushing the origins of earthly life ever further back in time, suggesting that transitions from inanimate matter may not be so unlikely after all. That is, given the right scenery and ingredients. The tight functional interdependence of proteins, membranes, and nucleic acids is now bringing back to the fore the idea that they may have been assembled all at once, rather than in a stepwise fashion. Across the cosmos, the least unlikely places for this to occur might be mineral-rich ephemeral pools bombarded by UV radiation. If true, this is bad news for life. Temperate gas giants, oceanic super-Earths, and promising icy moons would all have to be ruled out, together with their weird and wonderful speculative bestiaries.

Perhaps, after all, biology really needs a planet like ours to get started: rocky, temperate, and tectonically active, with emerging landmasses. Oases like these probably exist, dotting the spiral arms of our galaxy. We may have found them already.

Some candidates, such as Kepler 452b, orbit sun-like stars, and might not be too far from what earthlings would recognise as home. Many others, like Gliese 581g, may have one hemisphere perpetually bathed in the radioactive glare of cool red dwarfs, and the other shrouded in perennial darkness. If the history of the Earth is any guide, evolution may rise to the challenges of these alien worlds, too – provided that there is living material to work on in the first place. Even on Venus, life may have escaped the planet’s descent into a greenhouse nightmare by migrating to the high atmosphere long ago, after gaining a foothold on the surface. Since Earth’s twin might have had balmy oceans as recently as 700 million years ago, the possibilities are exciting.

Wherever it might be hiding, a safe bet is that the discovery of extraterrestrial life will not be heralded by a one-off, earth-shattering announcement. A long process of corroboration, probably involving bitter disputes, will play out. This is often the case in science – and even more so when discoveries seem too good to be true. Aliens may slip into the realm of ‘facts’ slowly, as the evidence accumulates. We will let them sink in.

All of this is increasingly likely to play out in the coming decades, as robotic emissaries and eyes in the sky return troves of data on far-flung worlds. Extraordinary claims will, as always, require extraordinary evidence; but there will be a fine line to tread. Equally important (but less talked about) will be the need to avoid excesses of caution, and to prevent justified scepticism from morphing into dismissal.

Perhaps Ariel will be a pathbreaker, setting the stage for sensational discoveries to come. We are probably in for a long wait – but at the end of it, all bets are off.