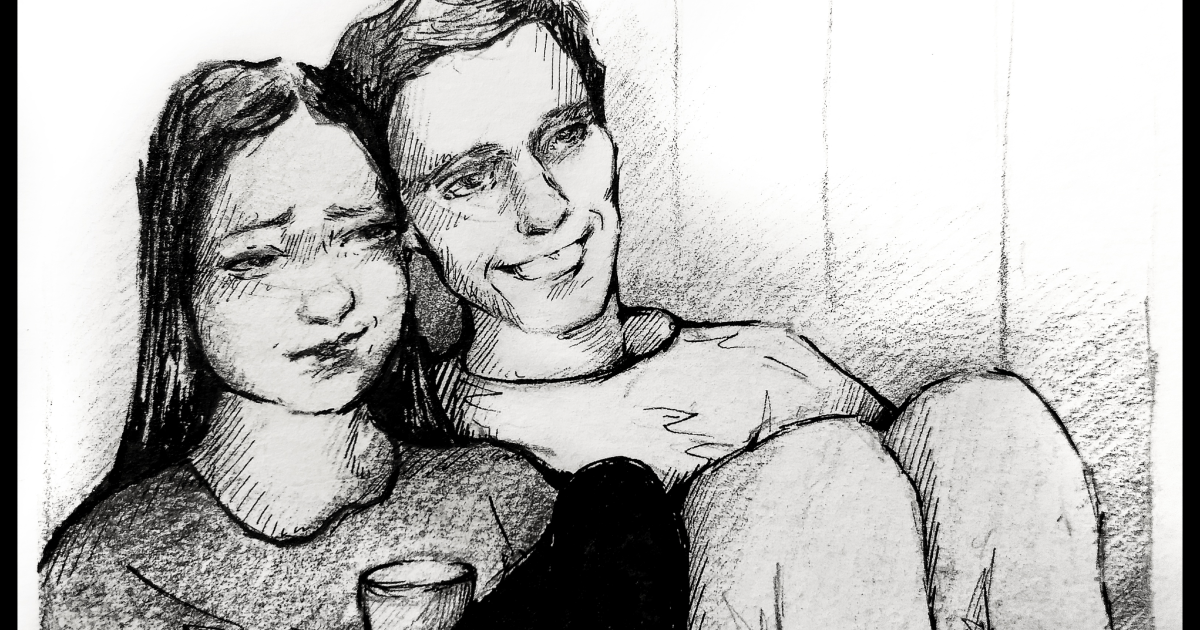 On dating the white man

A few months ago, I went on a first date with a white man. We decided to go to the pub, very casual. About ten minutes in, completely unsolicited, he launched into a speech about his fascination with Hong Kong (if you’re wondering how he knew about my family ties to Hong Kong, it was because he had found a picture which I posted on Instagram – two years and fifty posts ago). I sat there and nodded politely, feigning interest as he told me about how his grandfather used to tell him about it when he was young, how he had subsequently dreamt of moving there, and how this led him to study Mandarin at university. Bear in mind that Cantonese is the primary language of Hong Kong, not Mandarin.

‘Hong Kong is my place. I always knew I belonged there,’ he concluded. I had no idea how to react. I’m not sure how he was expecting me to react either. Praise? Admiration? Applause? Part of me was holding back laughter because it’s the kind of thing that I’ve joked about with my friends, but never thought would actually happen. To clarify, there’s nothing wrong with people liking Hong Kong: to criticise that would be absurd. But to deliver a full-blown oration on the merits of a life lived in Hong Kong to someone whose interest you assumed on the basis of their ethnic identity is unnecessary to say the least.

The other aspect of this encounter that I found deeply uncomfortable was the part where I was made to feel like an academic subject. When we moved on to the topic of family, which I foolishly assumed would be safe territory, he would nod along knowingly (read: frustratingly) as I told him about my interactions with my parents, as if he recognised everything I was saying from a module on Confucian familial values he took in his second year. It’s one thing to study a country and its culture. It’s quite another to assume an understanding of an individual because you spent a year in their country of origin – far more time than I myself have spent in China.

it would appear that there are not just cultural boundaries, but also racial insensitivities to be faced when dating white people.

I’ve gone on about this guy for a while now, and not exactly in a way that would lead you to think that we went on a second date (we didn’t). I’ve also written previously about my own experiences with fetishisation. So why do I still accept when white guys ask me out?

I’m not the only one. In 2014, Christian Rudder, co-founder of OkCupid and a Harvard-educated data scientist, carried out research on dating preferences by analysing millions of records. He discovered that Asian men are the least desirable racial group to women and that black women are the least desirable racial group to men. Not only that, white men got more replies from almost every ethnic group. While the study only seems to include data on heterosexual relationships, the conclusion is clear: white men are statistically the most desirable.

But why? From my experience on this date alone, it would appear that there are not just cultural boundaries, but also racial insensitivities to be faced when dating white people. While I don’t want to diminish anyone’s agency – it goes without saying that some white people make amazing partners! – I do think that part of the answer lies in deep-rooted cultural values that make white people attractive in a way that doesn’t apply to people of colour.

It goes without saying that there is a difference in privilege which can lead to a power imbalance.

For example, whenever my sister announced that she had a new boyfriend, my parents would never fail to inquire as to his ethnicity. If he was white, there would be grudging approval. If he wasn’t, he had better have some other redeeming feature, like good job prospects. I had similar experiences: a white boy was very palatable but a South Asian boy necessitated further questioning. I think this is partially because my parents think that having a white partner allows for easier assimilation  – something they value highly – but perhaps there is also an unspoken sense of superiority that can be derived from climbing a putative racial hierarchy. Of course the opposite is also often true: many immigrant parents are keen for their children to marry within their own race to preserve their culture and the supposed ‘racial purity’ of their grandchildren. Although I don’t agree with either of these values whatsoever, we are often involuntarily shaped by what we repeatedly see and experience.

Relationship dynamics between white people and people of colour can also be complicated. It goes without saying that there is a difference in privilege which can lead to a power imbalance. Having been with a white person, I’m grateful not to have experienced this overtly, but there are tiny, almost imperceptible things that I did start to notice: waiters would default to them instead of me when it came to decision making, and the looks that I get in particular spaces, like museums or fancy restaurants, vary depending on the race of the person I’m with.

People of colour are often viewed and treated as less desirable than their white counterparts. Interactions with white people on the dating scene can leave us feeling othered. Incessant race-based assumptions chafe. Despite all of this, interracial couples have reported being more satisfied in their relationships than intraracial couples. While not all interracial couples involve a white person, perhaps this is sufficient evidence that we shouldn’t give up on dating outside our own race. Cultural boundaries can be crossed and racial presuppositions can be unlearned. If you decide that you like someone enough, I think it’s important to allow some room for ignorant questions, to have patience while they learn, and, above all, to get comfortable talking about race.