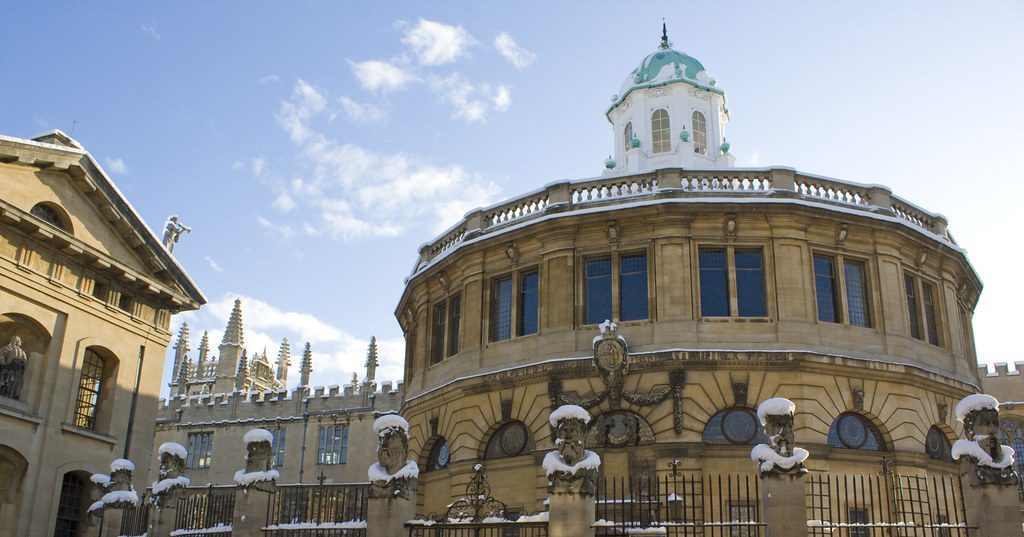 A former student of University College with a visual impairment has created a new bursary package for visually impaired Oxford students.

The package will fund travel to and from Oxford before the beginning of a visually impaired student’s degree, to familiarise them with the city, alongside funding any equipment and activity that could improve the student’s experience. Included in the bursary is dedicated support for students undertaking internships, with funding for travel, accommodation and any costs specific to the needs of visually impaired students.

Visually impaired students currently comprise 0.2% of the student body, with 25 undergraduates and 25 postgraduates on-course who have declared a single disability of blindness or severe visual impairment. Students who have declared a disability in the UK are also eligible for statutory government support for non-study related costs and personal care.

The bursary is funded by Christopher Moore, who studied at University College from 1994-1997 and is registered as blind. His own experience at Oxford, including attending an A-Level preparation course at St Anne’s College, motivated him to set up the support package. He commented that while he had never let his disability prevent him from doing anything, he was aware that this was not the case for others.

“In setting up this bursary, I wanted to prevent anyone visually impaired with the academic ability to get into Oxford, being daunted from applying or accepting their place because of their disability. We need to challenge this belief that visual impairment prevents you from achieving potential: academically, socially, or that it should impact your career ambitions.’

“When I was applying to Oxford, my biggest concern was getting the grades I needed. I was so convinced I wouldn’t, that I almost turned down my offer, until my headmaster reminded me that “you do not reject Oxford.”

“I feel I was lucky educationally, to have attended a mainstream secondary school and then to live in-college at UNIV throughout my time as an undergraduate, which given its central location was very helpful in maximising my mobility around the city. And, I think there are things that non-visually impaired students take for granted that visually impaired students do not – lots of little things that can put them off accepting offers.”

“A lot of visually impaired students could well be academically able enough to get into Oxford, however their school journey may limit opportunities for teenage social interaction, which would make them even more nervous about being away from home in a new environment. There are obstacles that either the University or the city might present, including adapting to such a unique style of learning as Oxford’s – even the tutorial system is quite an adjustment that relies on the recognition of facial expressions and body language. I want all visually-impaired applicants to have the same opportunities as I have, and not let anything hold them back.”

Professor Martin Williams, Pro-Vice-Chancellor for Education, stated: “At Oxford we are working hard to remove the barriers that disabled students face, but we know there is more to do. I’m therefore very excited by this new bursary, which is an important source of support in helping visually impaired students to achieve their potential. From the orientation visit through to the internship support, each phase of the bursary has been carefully considered to enable students to concentrate on important aspects of university life: the academic demands, social life and future career opportunities.”

There are other bursaries and support schemes in place for students with disability. More information about this support can be found here.