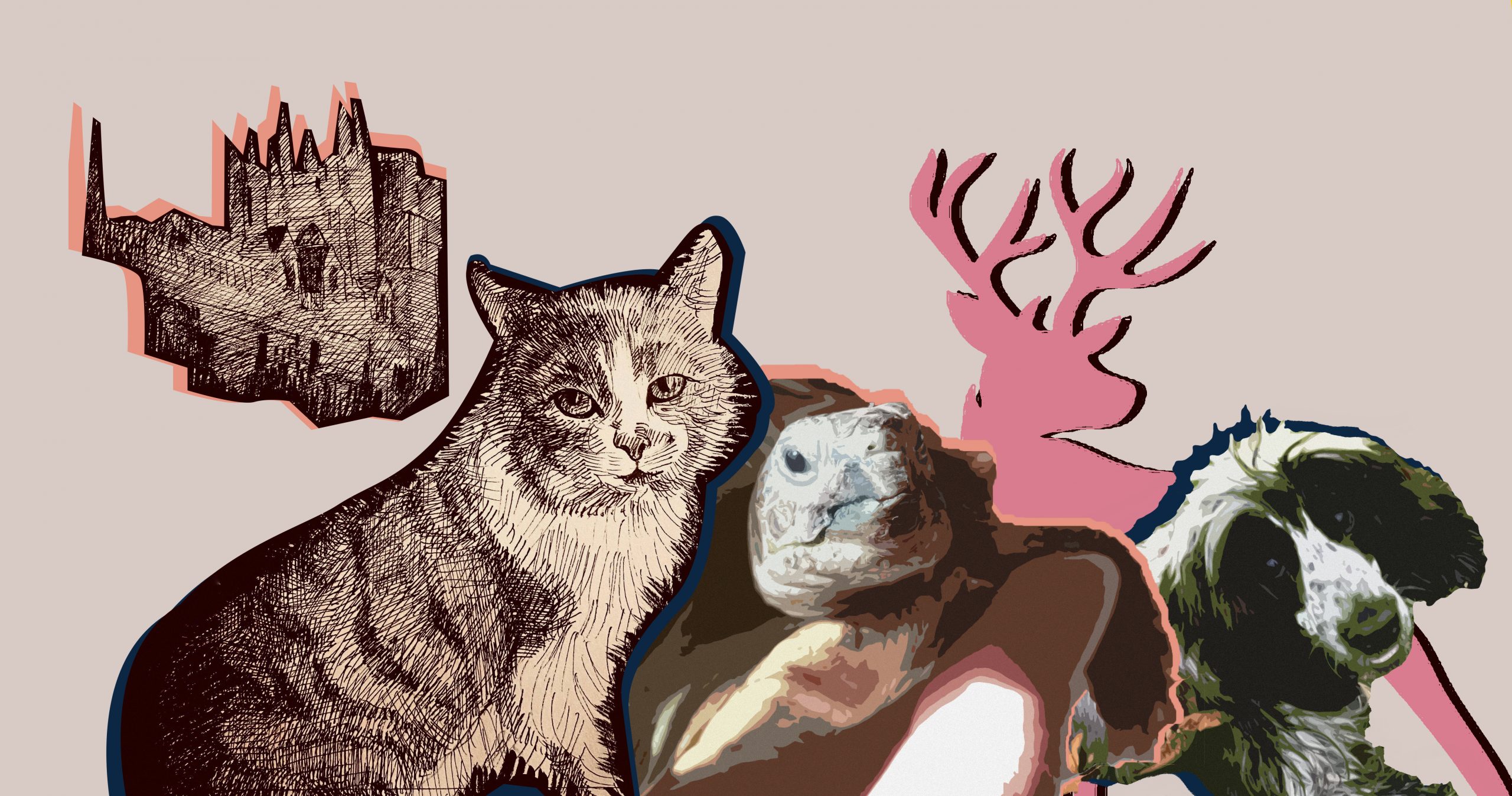 On Monday, University College announced that it would be formally adopting ‘Clement Cattlee’, a stray cat that students at the college had been looking after for some time. Students at the college have been overjoyed at the news, which was especially welcome at the end of a long and difficult term. But which other colleges have pets, and how did the tradition start?

The adoption of a college pet has not usually been a contentious issue, though JCR funds sometimes struggle to meet the expenditure required. In 2010, the Oxford Student covered Brasenose College’s tortoise adoption:

“The decision to purchase the creature passed with a majority of almost 100 votes during Sunday’s JCR meeting. Elli Thomas, who proposed the motion, said: “I don’t see the need for any justification for a tortoise beyond the fact that they’re awesome”.

Brasenose isn’t alone in its love for the shelled creatures. According to the SU’s alternative prospectus, the most common pet by far is the tortoise – perhaps no surprise, given that Corpus Christi College hosts a tortoise race every year. Emanuelle the tortoise of Regent’s Park College was purchased back in 1976. Lincoln College’s tortoise is so beloved that the college sells “Turtle Street” merchandise at its shop, while St Peters’ tortoise Aristurtle has two carers and an Instagram page. Christ Church has a tortoise called Sampras, and all students can request to walk the Dean’s dog Pippa. In April, St Anne’s tortoise Tortellini sadly passed away.

Several years ago Balliol College’s tortoise, Rosa Luxembourg, went missing – and though the blame was pinned on Trinity College students, the culprit was never found. Both Balliol and Exeter have a ‘Tortoise Rep’ (aptly called ‘Comrade Tortoise’ at Balliol), but no tortoise to be seen. Exeter does have a cat called Walter, belonging to a Junior Dean – New College has a cat called Fish, and Hertford has a cat called Simpkin, while Trinity College’s cat is named Artemis. St Catherine’s College is home to Catherine, who ironically is the college dog.

A post shared by Catherine the College Dog (@catherinethecollegedog)

Magdalen College has no official pet but proudly boasts a deer park.

his name is blondie and he is an absolute angel pic.twitter.com/a8No3WVsUx