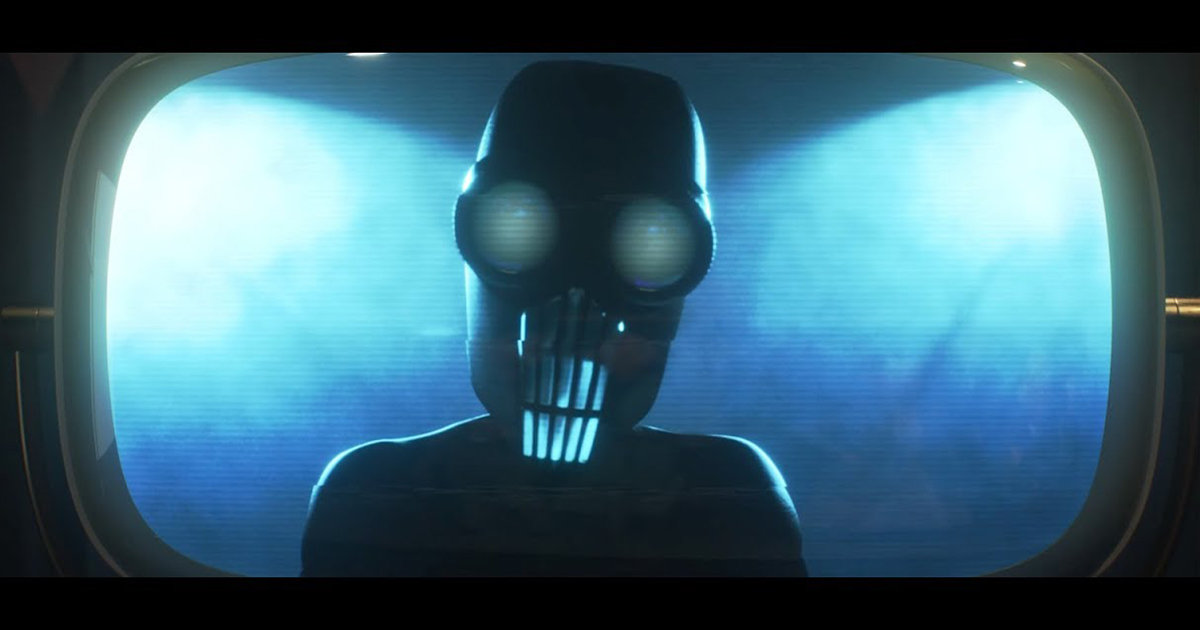 A ‘Brave New World’: The unshakeable grip of Amazon and the Big Tech Giants.

Image Description: The Screenslaver from ‘Incredibles 2’

In the crippling economic maelstrom whipped up by the pandemic, businesses either float or sink. There are also those titans who have triumphed from the distillation in the wealth of the largest companies. Amazon, the biggest company in the world, and the biggest winner in the pandemic have seen huge profits, resulting from the necessity of e-commerce prompted by local and national lockdowns.

In the 3 months leading up to 30th September, the company recorded profits of $6.3 billion, tripling last year’s total from the same period. And no doubt profits are soaring to ever greater heights in the midst of lockdown 2.0. The company deserves credit for its domination of the e-commerce market. In the UK, a corporation like the Hut Group might be one of their closest rivals, but even then the power they can flex is dwarfed by that of Amazon. Jeff Bezos is the model for aspirant entrepreneurs. His company has thrived off its 1st mover advantage since it began selling books online in 1994.

It still stuns me that almost any imaginable product, physical or digital, can be purchased online and, with a Prime membership, delivered within two days. Whatever locked down Brits require, from their daily groceries to Borat 2, Amazon can provide. What progress for technology. What progress for mankind. And yet the company is so steeped in controversy that the sheer scale of its influence must be questioned.

Heavy is the head that wears the crown

Amazon may reign supreme, but the old adage, ‘heavy is the head that wears the crown’, has never been more apt. Their reputation has taken a hit, for its neglect of poor working conditions, forcing COVID-rife warehouses to remain open during the early stages of the pandemic (resulting in 19,816 positive cases among workers in the US due to initial neglect of basic PPE, testing capability, and hygiene regulations), tax avoidance, and anti-competitive behaviour. Amazon has almost single-handedly led to the decay of high street bookstores, and in part, the erosion of high street culture.

Jeff Bezos himself said that ‘Amazon should approach small publishers the way a cheetah would pursue a sickly beast’, surely revealing a deeply pernicious attitude towards weaker competitors. If the words of the big man himself do not provide adequate evidence of Amazon’s anti-competitive nature,  the EU antitrust committee recently announced that it will be pressing charges against Amazon over its treatment of third party e-commerce sellers, specifically regarding the use of their privileged access to non-public data of independent sellers who sell on its marketplace.

Amazon uses this rival data to benefit the parts of its own retail business that directly compete with those third-party sellers. The EU should be praised for their attempts to combat anti-competitive behaviour through a structured and targeted investigation into a hubristic, corporate act, as opposed to the pursuit of the commonly held desire to ‘break em up’, a more vapid and Trumpian invocation.  In the UK, the CMA (competitions and markets authority) seeks to oppose anti-competitive behaviour, such as large-scale monopolisation, which would limit consumer choice. This is the sort of progressive action that should be encouraged against Big Tech Firms.

What is most concerning however is such companies’ impenetrable and opaque control over data, the principal, immaterial, commodity of the future. In the case of Amazon, our data is used to monitor consumer habits, to suggest new items we might like to purchase that we had not previously considered. It is, of course, true that in spending time on their website we give them permission to use this data. The same applies to Youtube, Facebook, Google and the other Big Tech firms. But there is a more insidious side to this, not just with regard to conspiracies regarding electoral interference etc. An insightful Netflix documentary, ‘The social dilemma’ , reveals the way in which social network companies use algorithms to keep us hooked and addicted.

No one is suggesting that the Illuminati, in control of all social networks, is using our data to keep us subjugated and ignorant of the sinister workings of some new world order

Consciously verging on the melodramatic here, this represents a form of screenslavery that the world has succumbed to. In spending time on our phones, we become passive consumers, mindlessly scrolling through random videos, memes, and, ultimately, advertising. No one is suggesting that the Illuminati, in control of all social networks, is using our data to keep us subjugated and ignorant of the sinister workings of some new world order. We all know deep down, although we are not actively aware of it, that our data is being used to feed us content and to keep us hooked, trumping our force of will.

During the pandemic, we have spent more time than ever on our devices. In our longing for entertainment and for social connection, however fleeting, we are content in overlooking the scientifically proven harmful effects that social media and excessive screen time can have on our mental health. Never before have such a small number of companies, through the medium of technology, held such sway over our lives. Like in Aldous’ Huxley’s Brave New World, the citizens will become enslaved by superficial pleasures and instant gratification, resulting in a loss of morals, values, and emotions- in short, a loss of humanity.

For all the benefits outlined at the start of this article, I hope that, like any great empire, Amazon and their Silicon Valley counterparts have bitten off more than they can chew. Their influence should be checked, and their conduct subject to more stringent legislation. But of course, they grow and grow, like sharks devouring minnows in their subsumption of smaller companies. Nor is their innovation, an exciting prospect, flagging: Amazon drones are becoming more advanced; their space program is taking off; Alexa, to my great dismay, is getting smarter; their cashier-less stores in California are trailblazing away towards rapid and seamless grocery shopping.

This is all very exciting. However, the brave new post-Covid world will bear witness to vast technological developments, both titillating and terrifying, while the old world of unique bookstores, independent high street shops, and face to face interaction will crumble.