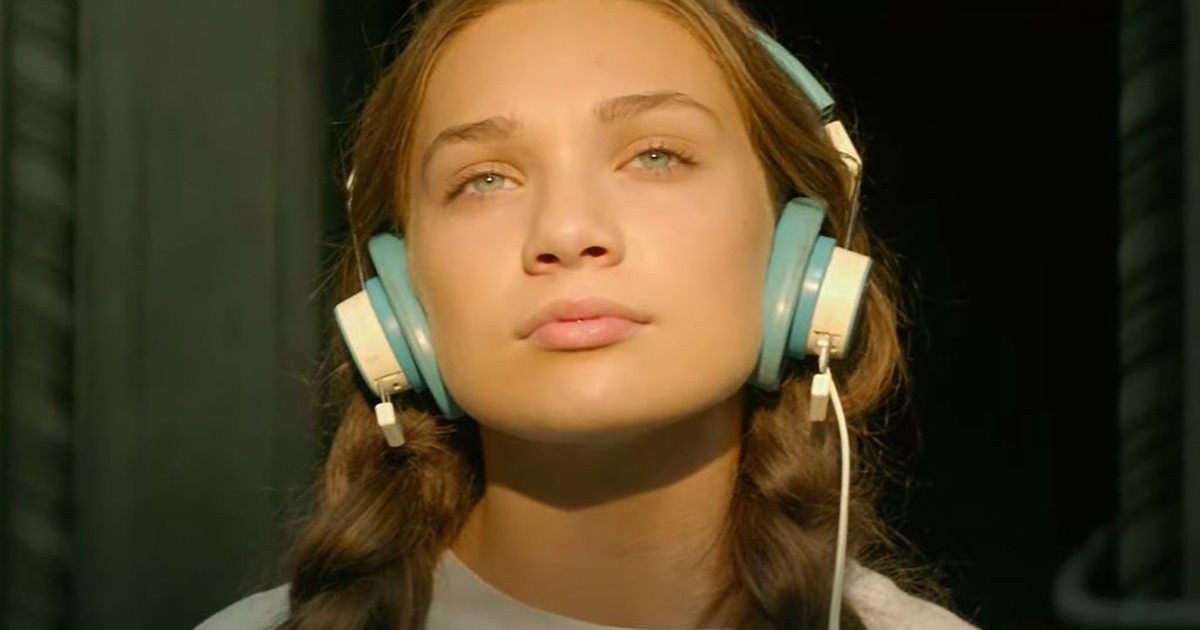 Autistic people are not well served when it comes to seeing ourselves reflected in the media. According to Hollywood, we are either socially unaware geniuses or child-like Rain Men with special abilities from whom the neurotypical (non-autistic) protagonist learns an invaluable lesson about life.

These are not our own stories. They are written by neurotypical writers who may have only undertaken shallow research and apply so much artistic licence they bear no reality to the lives lived by autistic people. This is then brought to life by neurotypical actors who treat our disability as a costume which may just nab them a gold statuette come awards season.

The latest entry to this inglorious pantheon is Music, an upcoming movie written, produced and directed by the Australian singer-songwriter Sia. The “cinematic experience” follows Zu (Kate Hudson), who finds out that she is going to become the guardian of her half-sister Music (Maddie Ziegler), a “magical little girl” with non-verbal autism. The IMDB describes the film as exploring “two of Sia’s favourite themes: finding your voice and creating family.” Sia herself described the movie as “Rain Man the musical, but with girls.”

The trailer immediately drew criticism from the autistic community, not only for Sia’s decision to cast the neurotypical Ziegler in a role that required her to flap her hands and gurn in a caricature of autism, but for a creative process which side-lined autistic voices at every term. Her furious reaction to the criticism she received from the marginalised community she had patronised only heightened the controversy.

According to a 2019 survey by GLAAD, only 3.1% of characters on television are disabled. In cinema, the picture is even worse, with only 1.6% of speaking roles in the top-grossing 100 movies of 2018 going to disabled characters. The Department for Work and Pensions reports that 16% of working-age adults in the UK declared some form of disability. With disability representation in cinema being one-tenth of what is seen in the population, it is even more important that this reputation reflects the experiences of disabled people and allows non-disabled viewers to gain a deep appreciation of their humanity.

It can therefore be galling for disabled people to see non-disabled actors gain plaudits for “cripping-up” when the same disability could prevent them from finding work at all.

With so few disabled characters available to play, these roles mustn’t be snapped up by non-disabled actors looking for a challenge. Disabled actors often struggle to find work because casting directors are reluctant to consider them for roles which are not explicitly written to be disabled. Ideally, disabled characters would be able to play any role they wanted, but the fact that such examples are few and far between show that isn’t happening. It can therefore be galling for disabled people to see non-disabled actors gain plaudits for “cripping-up” when the same disability could prevent them from finding work at all.

Sia has varyingly claimed that she wrote the role of Music for Ziegler, and that she originally cast a “beautiful young girl on the spectrum” who found the set stressful. The latter claim raises questions about what efforts were taken to accommodate the actor’s specific sensory and support needs. The singer reacted with hostility to autistic actors who approached her with stories about the obstacles they had faced in their career, telling Helen Zbihlyj “maybe you’re just a bad actor”, ignoring the many capable autistic actors out there looking for work.

Until the film is released, it won’t be possible to give a detailed analysis of the story. But from the trailer and description, it looks like Music’s portrayal of autism will fall into what TVTropes.com calls ‘inspirationally disadvantaged’. This trope emerged from well-intentioned writers trying to write positive portrayals about a marginalised group, but in doing so they stripped them of their humanity. Inspirationally disadvantaged characters don’t exist to be agents in their own stories; they exist to give the non-disadvantaged lead (often white, non-disabled and straight) character development, make them learn a lesson or inspire the lead to overcome some obstacle. To Zu, Music is the Arnie to her Gilbert Grape, the Raymond Babbitt to her Charlie. Even the inhuman name ‘Music’ seems to suggest that Ziegler’s character is more of an archetype or a plot device, than a complex human being.

Sia angrily claimed that she “spent three fucking years researching” autism for the film, but what that research actually consisted of has been drawn into question.

In an interview with Variety, Sia described how Ziegler was worried that autistic people would feel that they were being made fun of because of how Sia wanted her to act. The singer responded by telling Ziegler that she wouldn’t let that happen because Music was based off an autistic person she knew. But basing a character off a person you know, especially a person from a marginalised community is fraught with pitfalls: it means the portrayal will be based on your perception of their experiences, not an authentic representation. In the case of autism, where the condition is surrounded by misconceptions, this has serious implications for impacting how people perceive the condition and autistic people. It can even make it harder for autistic people, especially women, to get a diagnosis if they don’t fit the mould of autism that Hollywood has perpetuated over the years.

Inspirationally disadvantaged characters don’t exist to be agents in their own stories; they exist to give the non-disadvantaged lead (often white, non-disabled and straight) character development, make them learn a lesson or inspire the lead to overcome some obstacle.

Sia probably didn’t set out making Music with the intention of upsetting autistic people and making them feel marginalised. But the way she has spoken about her film and Music’s condition shows that she has a warped view about autism. Her steadfast refusal to call autism a “disability” and preference for the euphemistic “neuro atypical” and “on the spectrum” is troubling. It demonstrates a refusal to engage with a community who has been reclaiming words like “disabled” and “autistic” as a part of their identity, and a denial of the difficulties autistic people can face in her daily life. “I’ve never referred to music [sic] as disabled. Special abilities are what I’ve always said” may sound like an attempt not to stigmatise her protagonist, but by cloaking autism in euphemisms and attempts to distract from the challenges it poses, she erases both the existence of autistic people without so-called ‘special abilities’ and those who have suffered because of her disability.

Autism is a complex condition, presenting challenges as well as opportunities for joy for autistic people and the people around them. We deserve to be the centre of our own stories, stories which explore the nuances of our lives and the unique way we experience the world. We deserve to be at the table in the creation of these stories, and we deserve to have our complaints listened to. We need stories that challenge the narrative around autism, but don’t replace it with a saccharine fiction where we’re inspirational magical beings. Because when there are so few autistic characters in television and cinema, it makes it even more important that we are represented truthfully.