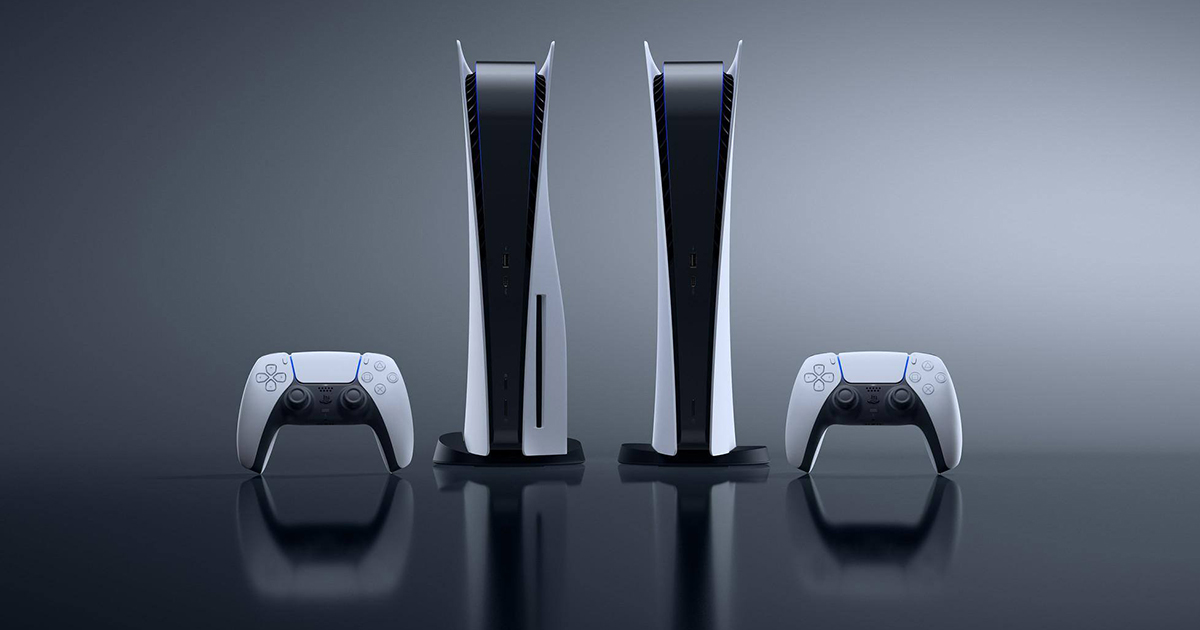 YAY-station or NAY-station?: The Pros and Cons of the PS5

It’s that time of the decade again, the Olympics of the video game marketing world. Every six or seven years, Tech forums and Discord servers go ablaze over the anticipation of the next-generation consoles from their favourite brands. This year, though, in what is usually a three-pony race for supremacy, almost all of the hype has been directed to Sony’s latest entry, the appropriately titled Playstation 5.

How big is the hype, exactly? Well, let’s just say that if you haven’t bought one yet, then you’ve already missed the boat, as dealerships in the UK are already out of stock. As for pre-ordering, that has been a separate disaster unto itself. Many people who ordered the PS5 via Amazon have instead received cooking items and household decorations, with many speculating that delivery drivers could be stealing PS5 units for themselves!

To recap, people have been willing to sell out shops before Black Friday even begins, pre-order months in advance, and even risk their occupations just to get a hold of this thing. All of this insanity leads us to ask, “is it worth all of the hype?”. That is where we chime in; we shall analyse the PS5’s pros and cons, via ‘YAY’ or ‘NAY’ ratings. Whether it’s truly a console worth buying, pre-ordering…or maybe even stealing (not that we condone that), that will be up to you, kind reader.

One of the biggest factors that helped the PS4 corner the market during the last generation was their emphasis on first-party exclusives. Sony is not only repeating that strategy this go-round, they’re expanding on it, offering their deepest roster of launch titles to date!

Two titles that have been teased since earlier this year have been Spiderman: Miles Morales and the long-awaited Demon’s Souls (the latter potentially being a hardcore gamer’s only reason to get a PS5). If hardcore action is not for you, Sackboy: A Big Adventure (of LittleBigPlanet fame) is a fun and quirky continuation to one of Playstation’s most beloved 3D platformers. Other Sony mainstays are also set to have their new releases, including Ratchet and Clank: Rift Apart, Horizons Forbidden West, and a sequel to Playstation’s most critically-acclaimed franchise, God of War.

It is evident that both quality and (especially) quantity are the main reasons for the lineup’s appeal. The deal gets even sweeter for Playstation Plus subscribers, who get immediate access to a 20-game collection of PS4 games. Although Microsoft is on the prowl with several studio acquisitions, Sony remains the don of exclusives with an undeniably intriguing selection of first-party titles.

This section mainly deals with price and mass appeal. While the aforementioned launch list is alluring to hardcore players, casual gamers may have less of an incentive to jump on the PS5’s £450 price tag. And while the Xbox Series X is admittedly the exact same price, Microsoft also released an almost ideal compromise for recreational gamers in the form of the Series S console. At the price of just £249, consumers who simply need a machine to play some rounds of Halo or FIFA with the mates have a far better bargain.

Granted, has its own alternative in the PS5 Digital Edition, which runs for £350, but that price becomes rather meaningless in the long run. Under Playstation’s Digital format, you cannot trade-in or buy any used games, making this edition (ironically) more expensive than the full version in terms of game purchasing.

While many diehards will stick to their console through thick and thin, if you’re a casual gamer who’s just looking for a good bargain, you should probably go for Microsoft’s Digital model as opposed to Sony’s.

Out of all the great tech offerings the PS5 is providing, this one is a ringleader in the hype. After a long and successful run with the DualShock, the new DualSense is said to be the most innovative controller on the market today. Its wide gamut of features includes haptic feedback, adaptive triggers, motion controls and even a built-in mic and speaker for immersive online play! For first-person shooter fans, the controller has extra bonuses for you, as gunshots in the game are complemented by vibrations from the controller (including a continuous shock from weapons such as machine guns).

The DualSense is sure to elevate the game feel of any title, and its slick new look and form factor only elevate the futuristic aesthetic you expect from a next-gen console.

There is no doubt that the PS5 is powerful (it should be, given its mammoth physical size), but they’re not even the most powerful console on the market this go-round; that distinction goes to their Microsoft counterparts. The Series X has been deemed “four times more powerful than the Xbox One”, boasting a custom Zen 2 eight-core processor running at 3.8GHz per core. While the PS5 also has a Zen 2 processor, it runs at a slightly lower 3.5GHz per core. Xbox also has a slight upper hand in terms of GPU and RAM.

Nonetheless, the PS5 is still an impressive model, offering ray tracing, full-resolution and even 60fps. So don’t worry, you’re getting a powerful system for the money, and hopefully, one that will be supported by Sony for around seven years. The major concern, however, is the hard drive, as you only have around 600GB of storage (not as much as you’d think when you realise the latest God of War runs at around 50GB alone). In the world of modern games, your storage runs out quicker than ever, so be sure to watch out when you’re taking advantage of those abundant launch titles.

This is both a positive and a negative, given the circumstances. One rumour that was circling the web since June has been that you could play your older-generation titles on the new PS5, even going back to the PS1 games! The joy could be heard around the gaming world over this concept, but in the end, we were given the half-done (or ‘quarter-done’) version of the plan; PS4 games are the only generation that’s playable on the PS5.

This is, admittedly, a double-edged sword; it’s a great feature to have, especially for people who never owned a PS4, as they can still experience some excellent games from the previous gen (namely Uncharted 4 and Devil May Cry 5). On the other hand, this was a real missed opportunity for Sony to give classic gamers a dream package. Imagine being able to play every Playstation title ever, under one system.

Maybe in the next generation…though the compatibility to PS4 games is a good first step.