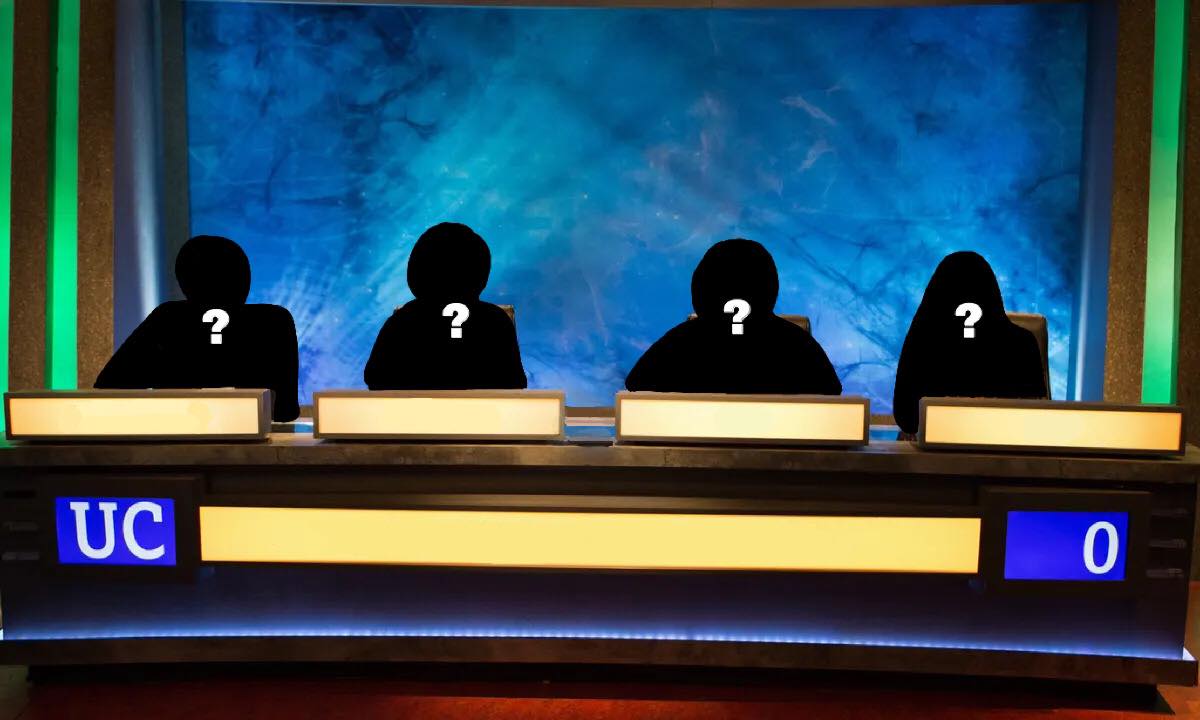 Starter for ten, love? University Challenge and its representation problem

When I was in my early teens I read Starter for Ten, a novel about a working-class lad who manages to get on his university’s University Challenge team, one bored summer. Since then, it has been a quiet dream of mine to get to university, against the odds assigned to me on account of my postcode, and then get on the University Challenge team. It didn’t really matter which institution it was – although I’ll admit to always having a hometown pride in the Manchester team (Oxbridge always seemed like a silly pipe dream until I actually got here) – I just wanted to make my dad proud and make it on there as the ‘clever one’ of the family.

Fast forward to my first term at Oxford, and my attempt, at long last, at trying out for the college’s team. Glancing around the room, I noticed a very disproportionate number of other female applicants, and even more so when it came to those from an ethnic minority background. Having been an avid viewer of the show for many years this was as unsurprising as it was disappointing. Think about it – have you ever seen a team where the majority of team members were female? Can you count the number of black contestants who have appeared on the show on more than one hand? I doubt it on both counts.

The supposed exclusivity has been a sticking point for the show for many decades now, with the debate shifting and expanding as the higher education sector expanded and diversified; in the 1970s the University of Manchester team memorably protested the Oxbridge advantage of individual college teams, and the fact that by comparison polytechnics were not allowed to enter at all, by answering with the names of various left-wing revolutionaries for every question. It was a silly student prank, but it demonstrates that the programme has long belied a small-c conservative tendency when it comes to representation.

The Oxbridge college issue, I would argue, does remain pertinent as they remain hardly diverse compared to other HE institutions, both in terms of ethnic makeup and socio-economic background. Seeing all white and all male Oxbridge teams face each other off in a round sends out a message to the rest of the country, intentionally or otherwise, that the custodians of knowledge and wisdom come from a certain background and look a certain way.

I am proud that I, as a mixed-race, first-generation Northern woman, have been given the opportunity to captain my college’s team (which is majority female, might I add), but I would imagine that I am quite an aberration in this regard. In 2016 it was calculated that there had been 10 male finalists on the show for every female, and only in one year (the first final was held in 1963) was there a winning team with more than one woman – Somerville in 2002.

There are multiple strands to the issue regarding the lack of diversity on University Challenge. It may be useful to look at the selection process for the teams in the first instance. This system is not standardised across universities and colleges, and no doubt there can be an element of being the right person at the right time or happening to know who might be organising the team. Encouraging students from underrepresented backgrounds to apply may not necessarily be on the minds of the team organisers, even though the show’s producers do state that they are interested in showcasing the diversity of the UK’s student population.

Even when there are efforts made to slightly diversify the team selection, it can often seem tokenistic or a brazen attempt to use a supposed diversity card to maximise chances of getting on. This year, an email was sent out to students at Oriel regarding team tryouts with the text ”It seems to me that having a diverse team is now close to being a prerequisite for getting on the show. Since the highest scorers at recent try-outs have almost always been white men, I’ve decided to guarantee that at least one spot on the team will go to a woman or a person of colour, regardless of results”.

The explicit tokenisation and insinuation that white men are naturally superior quizzes is hardly helpful in fostering a diverse quiz community, but evidently, for some, this is not obvious (the author of the original email did later state that he had received messages explaining to him why the wording was unhelpful, but this did require female and ethnic minority students having to highlight this to him). Elsewhere, one former team captain was chosen because she had scored the highest out of all applicants, and led an otherwise all-male team. However, her college’s JCR had some involvement in the selection process and insisted that she had been chosen because ‘I would look good, as I was the only girl’.

As may be expected for a quiz programme which has often seemed rather allergic to change, there has also been evidence of a backlash. In 2017 Wadham SU voted to impose a gender quota of at least one female member on the University Challenge team, to the fury of one of the men who had made the team. I am not here to pass judgement on whether such gender quotas are tokenistic or a positive step. Instead, I think it is clear that the fact that one is even considered is obviously symptomatic of a serious issue.

transgender and gender non conforming contestants are, with depressing predictability, particularly open to the horrific Pandora’s Box of the internet.

Then there is the matter of the quizzing community generally. I know only of the environment at Oxford for specifics, and here I have heard a mixed picture from female students. Some stressed that the quiz community, including Quiz Soc, was incredibly welcoming and supportive, but other more recent students have expressed to me, during my research for this article, that they had experienced male students questioning their intellectual and academic abilities with a certain elitist condescension. Then there is the question of, well, the questions. The actual programme has noted that it has had a historical problem with not featuring enough questions pertaining to women, and in recent years the producers have made a point of addressing this. One can only hope that they continue to make an effort to challenge the (traditional?) old white male hegemony over what constitutes ‘general knowledge’ and present something which is more universal.

I remember leaving a quiz practice in my first term with a friend of mine, who observed that the type of questions which had been thrown at us were a bit too highbrow for our interests and that we’d be better off entering a pub quiz instead. Perhaps question writers are unwilling to diverge from the sort of content going to a fee-paying school probably advantages one in (opera, the classics and so forth) in case they are accused of ‘dumbing-down’ the show, but I do think a balance can be struck when modernising the knowledge base without resorting to the occasional token music round on (say) Justin Bieber.

This can all be rather off-putting for potential quizzers, but if they manage to get onto the programme there is a whole other level of challenges female contestants face simply because they are women who dare to go on a quiz show. On Monday evenings, when the show is aired on the BBC, Twitter often becomes awash with comments on their appearance and intelligence. If the contestant is deemed sufficiently pleasant and conventionally attractive, they are liable to a host of random men making leery and unsolicited comments. If they are in any way deemed kooky, unconventional or too quiet they can expect to receive all sorts of equally uncomfortable comments.

In addition to this, transgender and gender non conforming contestants are, with depressing predictability, particularly open to the horrific Pandora’s Box of the internet. Although they wished to remain anonymous, some contestants I spoke to told me of national news articles which had been written about them following their appearance on the programme; they did not make for fun reading. Male breakout stars of the show are invited to host their own television shows; female stars are invited to pose for Nuts magazine.

It is perfectly valid to question why all of this matters so much; after all, it is just a television show for an ostensibly niche audience. However, it is a depiction of higher education which is beamed to millions every week, and for many, including myself and my family, it is the first (often only) glimpse into the world of academia, and scholarly interest in knowledge for knowledge’s sake. The programme has the cultural power to shape what is popularly considered to constitute what is interesting, and what is intellectually important, in the eyes of the nation. With that in mind, we can do better than to make no challenge to the pattern of white, privately educated men at Oxbridge answering questions about white, privately educated men who went to Oxbridge.