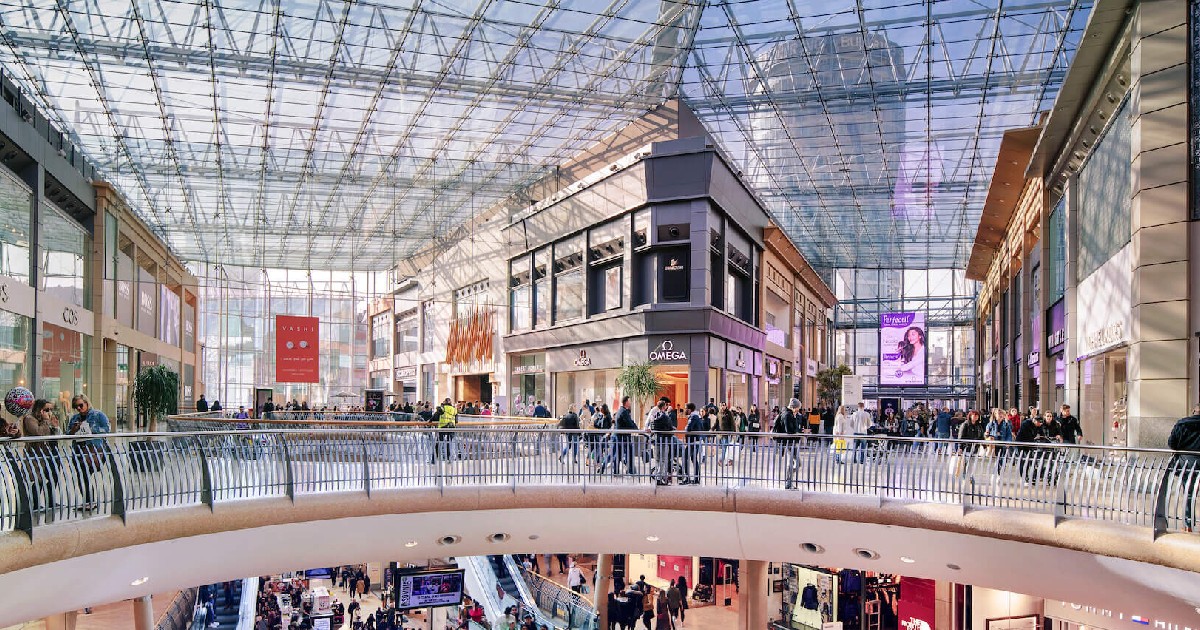 Image Description: a picture of the inside of the Birmingham Bullring.

Our new columnists discuss what their COVID Christmases were like, but remain undecided on whose was better…

Clara Morrissey is a second year Theology student at Keble, and our new On the Right Columnist!

When asked why I, as a Tory, might have had better Christmas than a Labour supporter, it got me thinking: what exactly is a “Tory” Christmas supposed to look like?

Perhaps what first comes to mind is a group of old men in quilts singing Auld Lang Syne at the top of their voices, or a family in matching Barbour jackets posing for a photo next to their King Charles Spaniel named Ralph or Rorie. A drink in one hand, and a copy of the Daily Mail in the other. Or maybe you picture an overly-indulgent Christmas dinner, with an assortment of caviar, smoked salmon and champagne.

Admittedly, my Christmas looked like none of these things. It was quieter than usual, although being 1 of 9 siblings it never really is that peaceful. After the announcement of the new Covid restrictions, it would have been easy to give up on celebrating Christmas altogether. After all, family plans were cancelled, so why shouldn’t Christmas be as well? Eventually however we decided to embrace the fact that this Christmas would look a little different from normal, and I’m very glad we did. One of my favourite new traditions was making a gingerbread village with my family, which involved competing over who could make the best gingerbread house. If mine hadn’t completely collapsed I’m sure I would have won.

We watched all our favourite Christmas films – the Holiday, Love Actually, Elf, Christmas with the Kranks – and even managed to go ice skating before the rinks were closed. Most of the holiday was spent practicing carols to perform to our parents on Christmas Eve, including descants, voice-cracks and all. On the morning of the big day itself, we opened our stockings, ate homemade cinnamon buns, and were greeted with many stares from the neighbours as we walked outside in our Christmas pajamas with our dog Buddy. Even he had a set of pajamas to match. My dad is a wonderful cook, and made us the best Christmas dinner I’ve probably ever eaten. After lunch we watched an online church service in the living room and opened presents around the Christmas tree. Then we Zoom-called all the family that couldn’t be with us – my grandparents, aunt and uncle, cousins, and older sister who no longer lives in the UK. While I missed them all, especially my sister, I felt blessed for having a big enough family at home already that Christmas still felt like Christmas.

I may not have any exciting stories to tell you about a kiss under the mistletoe, or about waking up hungover on Boxing Day, but I’ll remember the conversations I had and the company I shared this Christmas. I suppose this might sound rather tame and un-Tory of me – and it may well be. The truth is that my ‘Tory Christmas’ was just the same as any one else’s Christmas. Because Christmas isn’t political. In fact it is probably the one time of year that it is socially acceptable to completely close yourself off from the world and just be. The best kind of Christmases are those that make politics seem insignificant, the ones where you can be truly grateful for the blessings you have received and the little company you do have. Just for a moment, the Queen’s speech drowns out the usual news of riot and conflict, before the bitter-sweetness of Boxing Day, knowing that it will soon be time to return to normality. Whatever your Christmas looked like this year, whether joyful, sad, or a little bit of both, I’m sure this Christmas will be one we all remember for decades to come, and I hope to God it’s not just for the bad parts.

Dan Harrison is a first year HisPol student at Worcester and our new On the Left columnist!

It was Christmas Eve, and I remember feeling hot and bothered. Panic-stricken. I had forgotten something… Christmas shopping for erm, twenty people. Thankfully, I have the beautiful Bullring on my doorstep, the bastion of retail invincibility. That’s right, I am from Birmingham. Never mind all the talk from 2019 about the red wall crumbling, this is a Labour fortress.

As I went up the escalator I gazed lovingly at the masses of Brummies shopping. All Labour supporters, I can assure you, and as the rabid right-wing media would have you believe, splurging their latest universal credit payments on cigarettes and cheap booze. Remember Birmingham? It’s where they filmed Benefits Street. We’ve produced some celebrities, like Ozzy Osborne, and of course, White Dee. Spot the difference was easy in this crowd, because the only people wearing masks were myself and my mother. There did not seem to be a raging pandemic going on, but then again, it was all supposed to be over by Christmas, wasn’t it Johnson? What was it he said last July again? That his government was planning for a “more significant return to normality” by Christmas?

Anyway, back to the shopping. I had a lot to get. First on the list was a pair of glasses for Uncle Dom, because he had recently gone out for a drive in the country to test his eyesight. I did tell him that it seemed like a stupid idea, but what do I know? Next, I needed to get a map, for Grandad Gavin, or as we call him, Gormless Gavin. He’s a Williamson, you see, and they don’t last very long in a job. He’s been a fireplace salesman, an MP (I know, quite the promotion), Chief Whip, Defence Secretary and now he’s running our schools. He’ll need a map when he comes back to Brum, so he can find the nearest job centre.

We’re a Labour supporting family from Birmingham, so we woke up on Christmas Day to bacon rolls. It isn’t the most luxurious breakfast, especially not when you compare it to our neighbours, the Sunak household, where Rishi serves up a truly Thatcherite breakfast of pancakes and champagne. We had a gorgeous dinner though, and I savoured every morsel of turkey, because I know next year it will be chlorinated chicken and genetically modified veg. All thanks to the ‘special relationship’. We all drank a bit too much Babycham, Pomagne, and Lambrini. When I peered out of the window to nose at the Sunaks, they were discussing smoked salmon canapés and benefit cuts over champagne. Back at the table, I noticed that my other uncle Boris was on his fifth glass of port, whispering sweet nothings to some party researcher in between misquoting Churchill and Cicero. Honestly, I’ve lost count, and I think he has too.

My Christmas was still quite eventful, and as I drifted off to sleep I had a dream that a man called Starmer would be our knight in shining armour. By Christmas 2024 we might finally have new leadership.

Our columnists will be tackling some contentious issues every fortnight. Stay tuned for the next in the series!