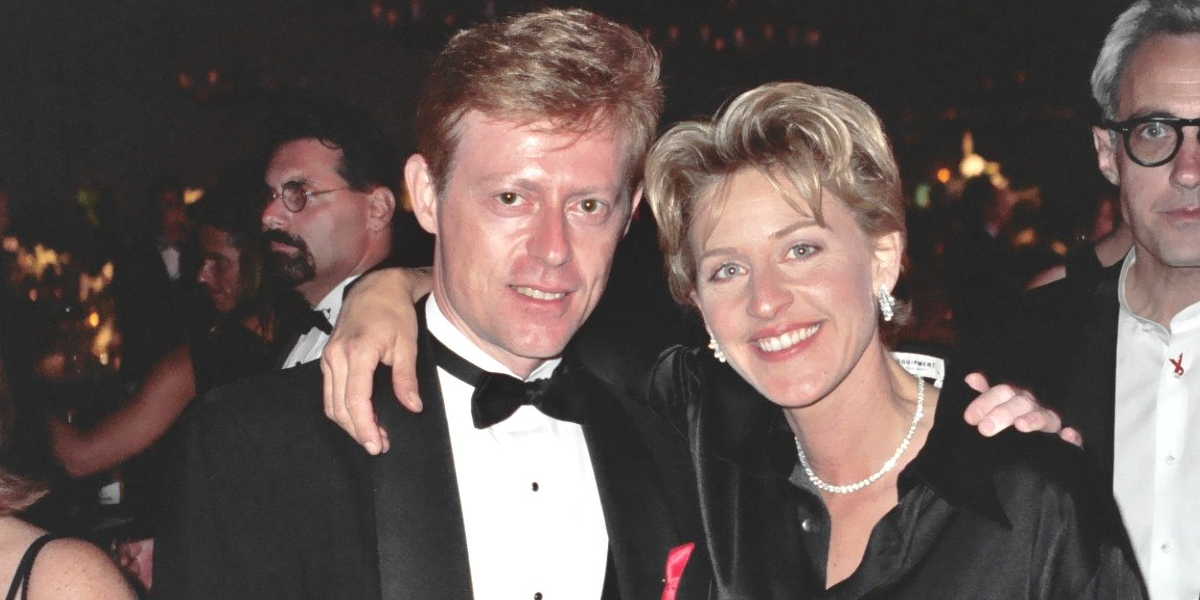 Calling out our heroes

I recently had the misfortune to read a fairly obnoxious op-ed entitled ‘Ellen doesn’t have to be nice to you. She’s not your mom.’ (sic) The publication that had put out this particular piece was one of those vapid LGBTQ+ ‘news’ sites whose content is often questionable. Usually, I am content to voice my displeasure in a sarcastic comment and forget about it. This piece though, which can be read here, is so far the opposite of my own beliefs that I felt I had to write about it. Now, obviously, it is true that Ellen DeGeneres is not my mother. But that is where any semblance of consensus between myself and the author of this piece ends.

For me, the piece serves as the perfect example of something that Gen-Z queer people have been talking about for a while now. It is important to recognise the work done in the past by the people who’ve paved the way for LGBTQ+ rights today. That should not excuse those same trail-blazers from criticism or scrutiny though.

A prime example of this is RuPaul Charles. RuPaul has undoubtedly been an LGBTQ+ icon. From his early work in pushing drag into the mainstream, to his Emmy award-winning show, RuPaul’s Drag Race, we certainly have a lot to thank him for. At the same time, we cannot be blind to his flaws. In his personal life, Charles has faced criticism for leasing parts of his 60,000 acre ranch for fracking. He’s also come under fire for perpetuating stereotypes about minorities in his performance work. Perhaps most egregiously, is his relationship with the trans community. His show has a complicated track record when it comes to trans people. It has showcased a number of trans performers, some of whom have come out publicly for the first time during filming. At the same time, it has also featured several uncomfortable conversations about who drag is ‘for’ as well as featured the use of transphobic slurs. RuPaul himself notoriously remarked that he would ‘probably not’ allow someone who had ‘fully transitioned’ onto his show. This statement, rightly, earned RuPaul a barrage of criticism. Yet, there were still many who claimed that the fact RuPaul had done such ground-breaking work in the past somehow granted him immunity from any kind of criticism in the present. The logical fallacy in this should be obvious to all. Happily, it appears the backlash was effective. Since the comments were made, the show has featured contestants who have transitioned, and the most recent series has seen the first transmasc performer welcomed to the competition. Whether this is merely a matter of studio pressure or a genuine change of heart is impossible to say. The key thing is that the criticism here was both right and necessary – saying that blatant transphobia is somehow excusable goes against everything our community is supposed to stand for.

Yet, even after this, here was an article defending Ellen. It argued that the risks taken by the talk show host in coming out in the late 1990s means that she ought to be above reproach. Admittedly the phrase ‘Ellen DeChrist’ did make me question the good faith in which the article was written. There is also the absurd suggestion that without her coming out, same-sex marriage would not be a reality in the U.S. today. It then goes on to excuse the accusations of bullying, xenophobia and harassment that go on behind the scenes. The author responsible claims that somehow, Ellen is simply ‘unaware’ of these occurrences, else surely she would have stopped them. Why is such excessive Ellen apologist rhetoric necessary? Apparently, because her success alone is such a ‘miracle’ that it would be self-destructive for queer people to question her.

Has Ellen DeGeneres been successful? Obviously. Does she deserve credit for that? Yes, to some extent, as do the many unnamed staff behind her, who this piece lambasts. Recognising these achievements again does not entitle her, or anyone, to freedom from consequences. It is true that Ellen has apologised for many of these transgressions, from blocking her staff from unionising, to bemoaning the prospect of lockdown from her mansion, which she compared to ‘being in jail’. We are not obligated to accept these apologies though. Nor are we prevented from noticing a pattern of disagreeable behaviour, a seeming inability to change until called out. Equally, there are things Ellen has refused to apologise for, such as her friendship with former President Bush. The backlash to this prompted her to tout the infamous line that ‘everyone is just so sensitive these days’.

Putting people on a pedestal shouldn’t make them immune to criticism.

This is about a lot more than just Ellen DeGeneres; it is about a class of queer individuals who believe their success makes them untouchable. Putting people on a pedestal shouldn’t make them immune to criticism. Turning a blind eye to transphobia, bullying or homophobia is dangerous and successful people should not be given a free pass just because they are queer. This is true not just of celebrities like RuPaul or Ellen, but also of political activists like Peter Tatchell. We can celebrate and benefit from the important work these people have done, while also voicing our concern and disapproval when they are in the wrong. We must always be mindful of the future, of the next generation of queer youth who will look to these same figures for guidance. There are many people in our community worthy of praise and respect, and they aren’t all verified on Instagram.