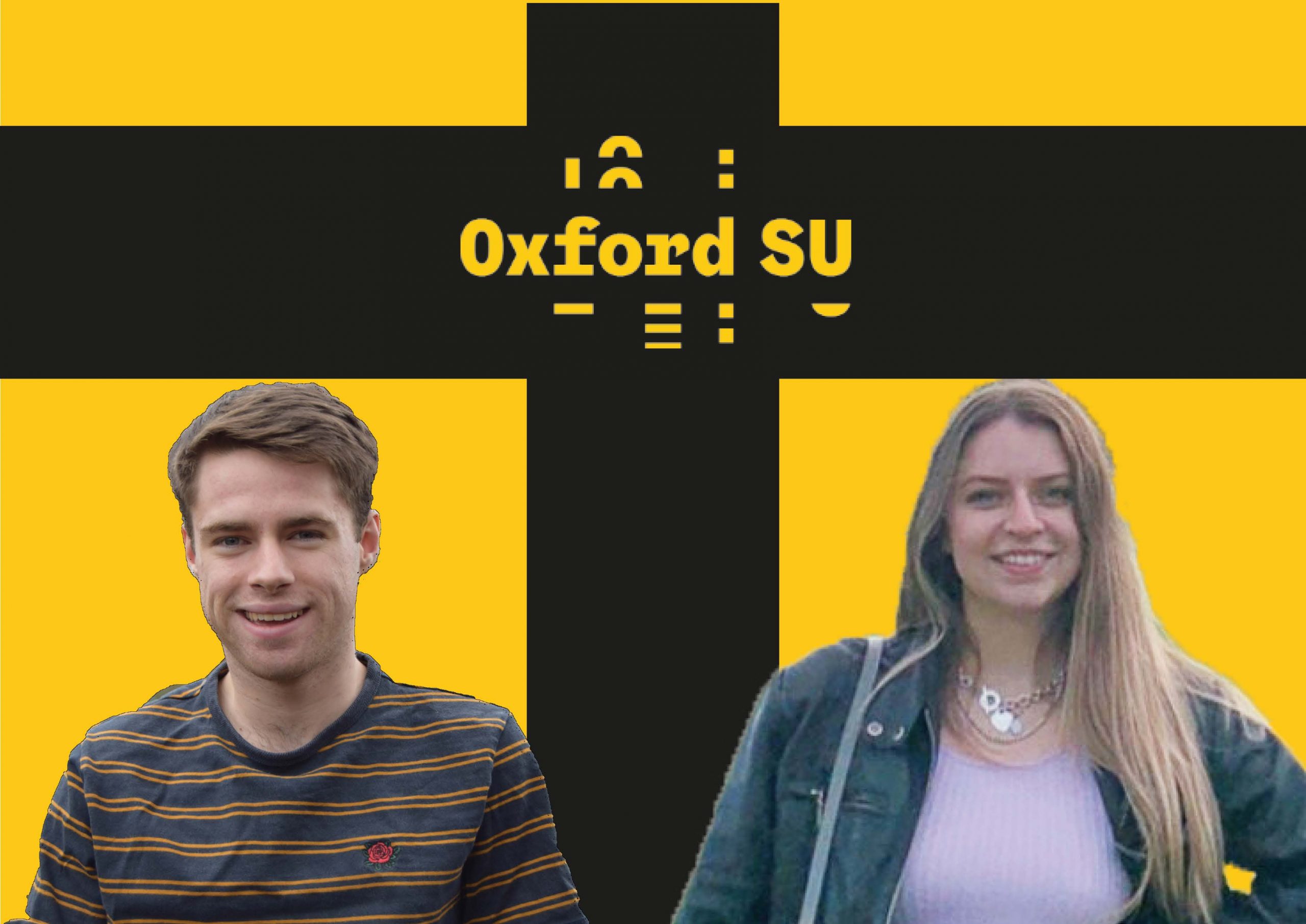 In the wake of the COVID-19 pandemic and the repercussions this has had for students, the work of the SU in advocating on our behalf has been more important than ever. The nominations for SU sabbatical officers are coming up and these are roles that will affect student life. We spoke to two outgoing sabbatical officers to get more of an insight into how this year has gone for them and what the role of sabbatical officer has brought to them. Ben Farmer is the VP for Charities and Community and completed his degree in Geography at St Catherine’s. Amelia Holt is the VP for Welfare and Equal Opportunities and completed her degree in theology and religion at St John’s.

Q1: Why did you run for your position?

Amelia: I didn’t have much involvement with the SU before I ran for my role. I very much stayed within the JCR at my college, but I was the welfare rep at my college and I found it such a rewarding and enjoyable process. Being able to make a difference to students live’s in that way was something I found really valuable. I was thinking about it and thought what do I care about the most? What do I feel really passionate about? Student welfare and wellbeing and trying to ensure that as many people as possible get the most out of Oxford and aren’t disadvantaged by any personal problems or any issues they might be having. to help as many people as possible. This job’s pretty good for that.

Ben: I did a bit of RAG before I’d always been interested in getting more involved and it’s a really fun way to stay in Oxford for another year and gain loads of experience because I wasn’t really sure what I wanted to do

Q2: When you were elected, what were you expecting from your tenure in office?

Ben: A lot of my role was sustainability but I hadn’t really done any sustainability stuff before. I was looking forward to the chance to really get in and understand what it is that the university was doing, what we can lobby the university to do and how we can get students involved. Also learning some more practical skills around communication, lobbying and policy work, which I did get to do which was super exciting.
Amelia: Have a lot of communications and contact with students and also to develop my interpersonal skills and public speaking skills. Even though the format of the job has changed we still had those opportunities this year.

Q3: How has COVID-19 impacted the way you work?

Ben: I think first and foremost it’s really made clear the role and importance of the SU and the difference we can make and the involvement we can have and why it’s important. It’s shown the importance of students getting involved in the work that we do and enabling them to have a voice and amplifying that voice. Whether that be for student council or bringing together different common room reps in our rep comms that we do. There’s been a lot of things that we’ve always known have been important issues, like student mental health.

The pandemic and other events that have happened have made that much clearer. We’ve been really pleased to see the university has taken action that we’ve been involved in like the mental health task force. It’s really made clear the challenges that students face and the real opportunity for us as the SU to be in the room in those different decision making bodies to make the case from the students’ side and ensure that decisions are made that really put students first. Last week we had our fair outcome for students law, we had over 100 students turn up. We had some really good briefings with student leaders at the start of this term and had 70+ presidents involved in that.

Amelia: This year a lot of our work is so reactionary but that’s also what makes it so valuable because we’re tackling issues that are current to students right now as they are happening.

Q4: How have you addressed these challenges?

Ben: I think one of the really important things we’ve done is strengthen our relationships with both students and the university, for us it’s really important that student voices are in the room and in the key areas that are making those decisions. Trying to communicate effectively through student and local media, we’ve done a lot of work with BBC Oxford, as well as directly communicating to students. We’ve really tried to be open, transparent and clear to cut through the uncertainty and explain what we’re doing to tackle challenges to students.

Q5: What was your biggest non-covid related challenge? And how did you tackle this?

Ben: For me, it’s around sustainability whilst it’s all been bubbling over and it is linked to covid and the ‘build back better’ narrative. We’re really close to finalising it and the university has been putting together this university-level strategy with really bold targets. Net carbon zero by 2030 and net biodiversity gain. Last term we brought together the 6 concerns for the sustainability strategy campaign with our friends at Oxford Climate Society and Oxford Climate Justice Campaign and the Nature Conservation Society to really get those broad views into account and really push that out to students.

We’re really pleased to see that the most recent consultation which was in November 2020 had a 35% increase in number of responses compared to 2019 so it’s really good that the message has been getting through to students and staff to get involved in the consultation.

Amelia: For me, it’s been the mental health task force, because although it was set up in response to and understanding that the pandemic will have effects on people’s mental health, we’ve also had discussions around the long term future of mental health support at university. I’m really happy and proud of the outcomes that have come from that group.

Q6: What are you most proud of from your time as a Sabbatical officer?

Amelia: For me it’s the level of student engagement that we’ve had, I’ve been really proud of that.

Ben: For me, it’s demonstrating tangible wins that we’ve done. If you stop and look back there are tangible things that we’ve done. We’ve changed student experiences: not letting Iffley be used for teaching and keeping it open for sport, residency requirement, support for graduates, virtual freshers fair and generally things that students feedback are most important for them.

Q7: What would you say to someone considering running for a Sabbatical position?

Ben: I would say two things: 1) go for it, if you’re having any doubts just give it a go- there’s nothing to lose by having a go, I learnt so much in just the campaign period. 2) It’s about what you want to do and your interests. If you don’t think you’ve got the experience I would say that just being a student at Oxford is more than enough experience.

Amelia: Don’t think that just because you’re not the kind of person who would normally do student politics in one way or another that you can’t run for a position like this because you can and you should.

Q8: What would you say to encourage people to vote in the SU elections?

Amelia: What we do as sabbatical officers has an influence at a university level and they are involved in decision making and can make a massive difference to student lives and their experience at the university. So you should engage in that process to ensure the best person represents you in these spaces.

Q9: Is there anything you’d like to see the SU focus on moving forward after your time in office has ended?

Ben: I don’t think enough is talked about with postgraduate access and the barriers that students face who want to go on to further studies, whether that be in Oxford or elsewhere. We are really keen on ensuring that Oxford is a level playing field and that students from disadvantaged backgrounds are able to apply but also excel when they’re here. The university has one of the most generous bursary schemes in the UK but also it goes beyond that financial support and it’s supporting students through those cultural challenges as well. Again, that flows through to postgraduate study as well.

Amelia: Carrying on this understanding that we’ve learnt in the pandemic, that the pandemic didn’t create those issues it just brought them to the forefront and exacerbated them and made them more apparent.

To get involved with this year’s SU elections visit
https://www.oxfordsu.org/leadershipelection/