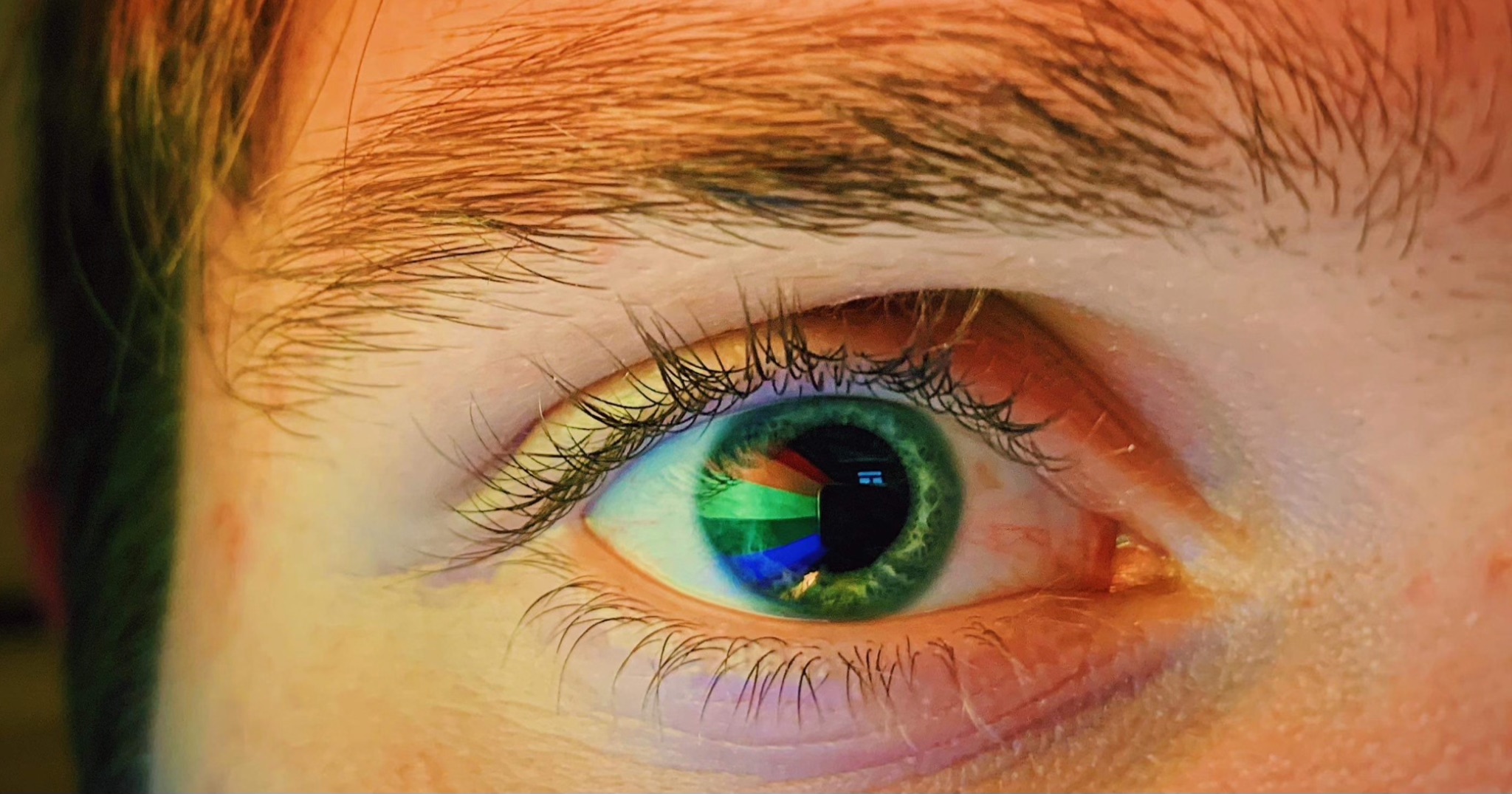 Image description: an eye with a rainbow seen reflected in it

I don’t like Lincolnshire. That’s my home, unfortunately. It’s a rural, heavily conservative, bigoted place. To give you an idea: my constituency has always voted Tory by a large margin for almost a hundred years. The last non-Tory MP was a Liberal in 1923 who lasted less than a year. In the past, UKIP and the BNP have got sizeable vote shares as well. Our MP, Edward Leigh, is a Roman Catholic who has made homophobia and stupidity the hallmark of his career, opposing every piece of legislation that could benefit LGBTQ+ people since the abolition of Section 28. He proposed an amendment to civil partnership legislation which would have afforded the same rights to siblings who had lived together for a few years. He once suggested that Britain ‘take back Calais’ to solve the refugee crisis. And yet he has won every election, never once coming close to being threatened. He is adored by people at home because they agree with him.

I’d come to believe a lot of it myself, because I’d never been shown an alternative.

I’ve always wanted to get the hell out of Lincolnshire and never come back, but growing up it was just because I thought the place was boring, not because of the bigotry – I was barely aware of it; it had been so normalised. So casual and constant. And I’d come to believe a lot of it myself, because I’d never been shown an alternative.

And I internalised it.

I probably started unconsciously recognising my attraction to men when I was 14 or 15. But I didn’t come out as bisexual until I was 17. This wasn’t because I was closeted, I wasn’t keeping it a secret, I just refused to consciously admit to myself that I wasn’t straight. I refused because I felt disgusted and ashamed by the thought of it. Because when everyone around you labels anything remotely negative ‘gay’ – no matter how irrelevant to sexuality it is – and when people call you the f-word for not enjoying sports and when you’re constantly forced on the defensive, always having to deny that you’re gay because you don’t want to be associated with that word… then you start believing it all. You start making the same associations. You start to get entrenched in your ‘heterosexuality’. You start saying things like ‘I don’t have anything against gay people, it’s just… a bit gross’.

I look back and I cringe at who I was back then. At the way I acted, the things I said. The way I went through a phase of watching YouTube compilations of “SJWs gEtTiNg rEkT”, and parroting morons like Ben Shapiro in a ridiculous, infantile attempt to be edgy and go against ‘the norms of society’. The way casual racism became a frequent part of mine and my friends’ ‘dark humour’. The way I voiced blatantly transphobic opinions.

It wasn’t until I got to Sixth Form that I started to change. The general atmosphere was different; people were more mature, more in contact with the wider world, more able to think for themselves, and most of the assholes had dropped out. But in hindsight, one of the bigger dominoes that fell was when a friend came out to me as transgender. I didn’t know what to say because it wasn’t some theoretical debate where everyone was saying the same ignorant things. It was real. It was my friend. And it forced me to re-evaluate my perspective.

Eventually, when I’d educated myself enough, I realised I could no longer claim to support LGBTQ+ people while denying my own blatant bisexuality. But the subconscious internalisation never went away. It still hasn’t. Not entirely. It’s just that now it’s directed towards myself as well.

It took me a long time to get over my instinctive, dissonant repulsion to the thought of gay sex. It would be another two years before I even kissed a man in a way that was genuine, not as a joke among a couple of ‘straight’ bros. And I still haven’t worked up the courage to sleep with a man.

Eventually, when I’d educated myself enough, I realised I could no longer claim to support LGBTQ+ people while denying my own blatant bisexuality. But the subconscious internalisation never went away.

But since coming to Oxford, a place that is so much more progressive and accepting than anywhere else I’ve ever lived, where I’ve met people with such different and varied life experiences, I’ve become a lot more confident in who I am. I proudly own the fact that I am a bisexual man. I go to every LGBTQ+ event I can. I became my college’s LGBTQ+ rep. Now I’m columnist for the Pink Section of The Oxford Student.

I look back and I cringe at who I was as a teenager, but I’m also proud of the progress and the personal growth I’ve made since then. And I have to go easy on myself – I was a product of the environment I grew up in. It was transitioning to better environments – first my Sixth Form, then Oxford – that enabled me to make that progress. And it’s not just me; in the two and a half years since I left my school, most of my friendship group from school have come out as bisexual as well. Some of them were people who were making homophobic jokes alongside me.

The long-term damage of perpetuating a hostile, intolerant environment is evident. Some people don’t understand why we call out microaggressions, why we get ‘so offended’ over ‘such small things’. The problem is that these do not exist in a vacuum. They add up like death by a thousand cuts. When they are tolerated and allowed to fester, they create an insidious infection in the mind, constructing a mentality that is harmful – both to ourselves and those around us.

And it’s not just me; in the two and a half years since I left my school, most of my friendship group from school have come out as bisexual as well. Some of them were people who were making homophobic jokes alongside me.

Ignorance needs to be met with education.