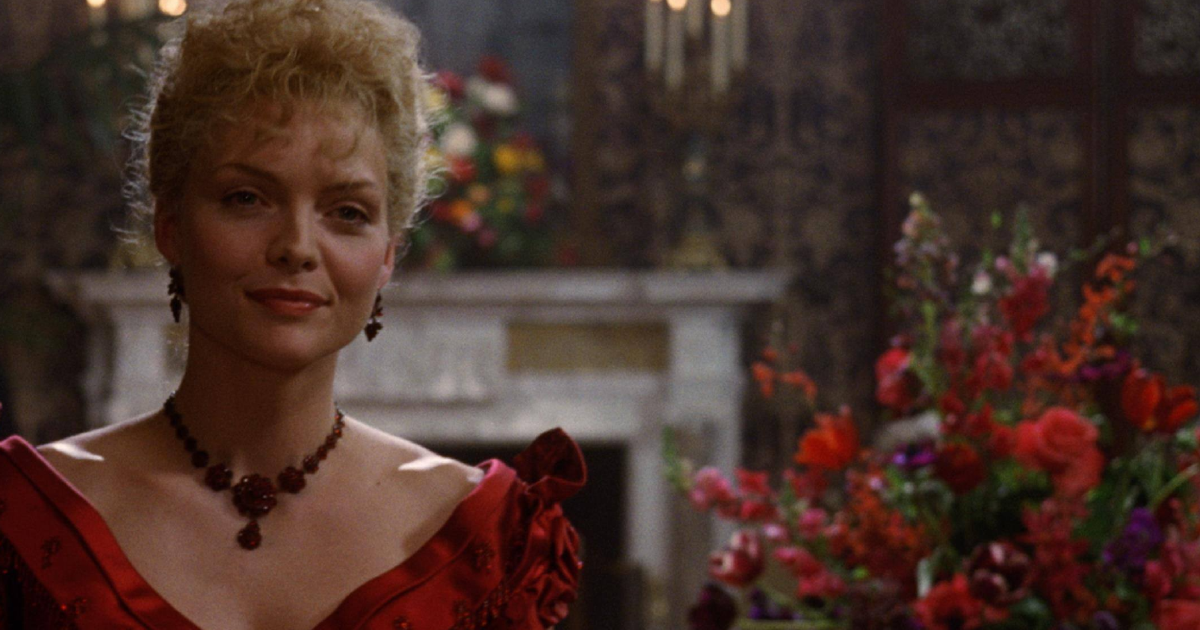 Scorsese’s ‘The Age of Innocence’: His most violent film?

Martin Scorsese is, without doubt, my favourite film director.

Watching GoodFellas in my early teenage years, I was captivated, while somewhat conflicted, by the anti-hero Henry Hill’s life of excess. The film begins with Henry as a teenager himself. Soon, he is drawn into the cruel, though perversely attractive, world of the Italian-American Mafia. The power this brings him, “being somebody in a neighbourhood of nobodies”, leads him down the dark road of drug trafficking, leading to his arrest and ‘ratting out’ of his entire criminal organisation. There are characters just like Henry in all Scorsese films. Jordan Belfort – also known as the Wolf of Wall Street – mutates from a seemingly principled and driven young man fresh out of college, into a monster intent upon driving up Stratton Oakmont’s profits at any cost.

These men – controversially it is usually men which are the focus of these films – are certainly flawed. Whether or not they are evil is something much harder to determine. It is also something which, in my opinion, has never been the interest of Scorsese himself. This is a director who explores the complexities of human psychology; his stories leave us questioning if we too could be ensnared in the web of sin and defilement which the characters inevitably are. Importantly, he never gives us a ‘Hollywood’ ending. The fast, precarious lives of his subjects always catch up with them, acting as a reminder to the audience that restraint is always the better option – even if it is less exciting!

The violence Scorsese refers to, though, is one of emotion, which he believes is far more damaging and carries far greater consequences.

I was certain that GoodFellas, or at least one of the many Scorsese examinations of the New York criminal underworld, would provide the subject matter to this tribute to his fifty-year career. And yet, I find myself arguing the case for a film that is of an entirely different genre: The Age of Innocence.

The Age of Innocence (1993) is an adaptation of Edith Wharton’s 1920 novel of the same name, for which she became the first woman awarded the Pulitzer Prize for Fiction. The story is set in the Gilded Age – the period of her upbringing – a time of rapid industrialisation, wage-growth and European migration at the end of the nineteenth-century.

When questioned about why he made a film so far removed from his classics, like Taxi Driver (1976) and Raging Bull (1980), characterised by their violence and machismo, Scorsese responded that he regards The Age of Innocence as “the most violent [film] I ever made”. At first glance this may seem nonsensical, given there is nothing even resembling a fight in the entire film – in fact, there is scarcely even an argument. The violence Scorsese refers to, though, is one of emotion, which he believes is far more damaging and carries far greater consequences.

The plot centres on Newland Archer (Daniel Day-Lewis), a young lawyer from a respectable New York family, who is engaged to May Welland (Winona Ryder) – a lady who exemplifies the attitudes and values held dear by the social elite to which they both belong. The return of May’s cousin, Countess Ellen Olenska (Michelle Pfeiffer), from Europe – where her still-husband, a brutish Polish Count, resides, sends shockwaves through New York society.

Deprived of intimacy and respect, the countess has an illicit affair with a secretary of her husband’s while in Europe. Rumours of this soon reach New York, where her struggle is received by a group of social elites devoid of empathy. Only Newland Archer, principled, intelligent and kind, seems to understand her plight.

In time, Archer develops a deep passion for the countess. For him, she represents a world of exoticism and intellectual thought beyond the confines of New York society – oppressive with its rigid social custom and propriety. He soon comes to associate May with this world of repressed expression; Countess Olenska is more than his love-interest, she becomes his outlet, a confidant with whom he can escape from the invisible chains binding him to his unsatisfactory life.

The film opens with the New York elite viewing a performance of Gounod’s Faust – which was in fact the opera to open the ‘old Met’ in 1883. It is no surprise that the opera was a popular pastime among the upper class. The raw passion on display must have provided a welcome release for an audience incapable of expressing their own thoughts and feelings. This is a recurrent theme throughout the film. During scenes of lengthy dialogue between Archer and Ellen, Scorsese draws our attention to subtle details, such as the roaring hearth, to symbolise the intensity of emotion these characters repress for fear of being ostracised by their family and friends.

The Age of Innocence is unusual in that the romance is never consummated, something which Scorsese employs to steadily notch up tension in the film. Archer’s desire for Ellen becomes all-encompassing; the rare kiss they share in the back of the carriage displays a level of sensuality which places their desire beyond lust. It is not quite the forbidden love of Romeo and Juliet, but one that is equally devastating for the audience. We witness the gradual descent of Archer from a man committed to his responsibilities to both his fiancée and societal position, to one frantically pursuing a love which can never be.

The audience is enthralled by the emotional turmoil faced by these characters, but the film’s spellbinding effect must also be attributed to Scorsese’s meticulousness in reconstructing the world of 1870s New York society. His quest for authenticity led him to the homes of the real-life men and women on whom Edith Wharton based her characters so that he could duplicate the style of the time with astounding precision – he even commissioned 200 copies of paintings by period artists like James Tissot to transform every scene into a visual spectacle. The film won the Oscar for Best Costume Design; the vibrancy of the costumes only enhances the overall aesthetic.

The rare kiss they share in the back of the carriage displays a level of sensuality which places their desire beyond lust. It is not quite the forbidden love of Romeo and Juliet, but one that is equally devastating for the audience.

The Age of Innocence is an artistic masterpiece, both in its storytelling and stunning imagery. Its divergence from films like Raging Bull and Taxi Driver may always render it an anomaly within Scorsese’s canon, but perhaps it is this abnormality which is the true mark of its excellence. Unlike Jake LaMotta and Travis Bickle, Archer Newland’s suffering is never released in an explosive outburst of passion. His pain is internalised over many years. At the end of the film we see him in his old-age, worn out by the psychological grief endured through a lifetime of wondering “what if?”. This is the violence which Scorsese labels more potent than any of the mob “whacks” depicted in GoodFellas, or mass brawls from Gangs of New York – emotional violence, the scars of which last Archer Newland’s lifetime.

Maybe this story, of a love imagined but never realised, will resound greater with an audience living through a particularly bleak time in human history, where many of us feel a sense of loss for experiences which will now exist only in the realm of imagination. Archer Newland’s resilience in the face of his own struggle mirrors our own melancholy, but it is comforting to find him at the end of the film sitting peacefully on a park bench in Paris. He will always ponder the life he could have had, but we are left with the feeling that he will die satisfied with the memory of having felt, if only for a moment, that a love of such intensity is possible.