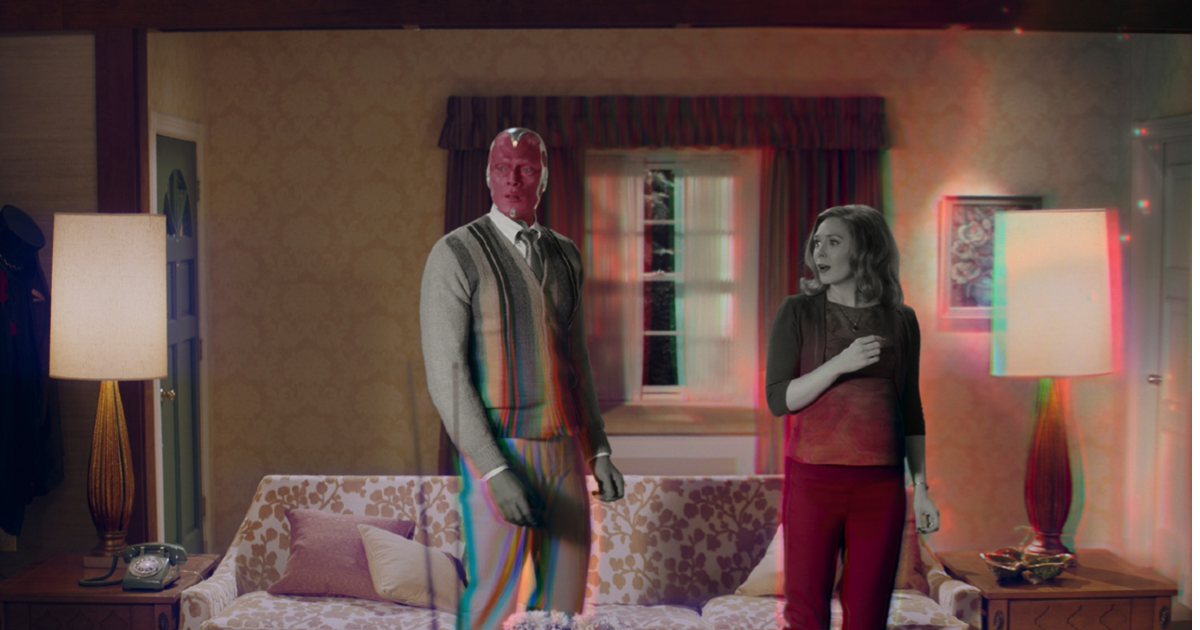 Image Description: still from WandaVision of the main characters Wanda and Vision in a living room

Saturdays are starting to feel anticlimactic. As a WandaVision fan, you wait a whole week for an episode. On Friday you literally FLY out of bed to watch the 30-minute episode waiting for you in digital paradise. As you watch with your eyes glued to the blue light glow of your screen, you’re scared to blink because everything is so amazingly mysterious and confusing. When the credits roll, you subsequently spend the rest of the day reading through Twitter scouring for theories across the web, your mind alive with intrigue. Then Saturday comes, and nothing.

WandaVision is the perfect return to the Marvel Cinematic Universe. With vibrant characters, compelling performances, sharp dialogue and an unsettling tone, it stands out as a fantastic show in its own right. There is an invisible thread running through the show that expertly signals its direction, even if it has not been revealed yet. The show acts like a battery, fuelling our imagination about Marvel’s future and energizing fans’ investment in the unfolding Phase 4.

Marvel has always excelled at its character-driven story arcs and crafting an entire cinematic universe of over 20 titles is a feat that is often dismissed by critics. The films have created a web of emotional and cultural attachment, intertwining our interests with those of the titular characters. These characters live beyond the screen and between films, sparking active speculation about their lives. The ink in beloved comics has burst into life on our screens.

As a fan, I’m thrilled by the impatience I feel between each episode – it’s something I haven’t experienced for quite some time.

No one should underestimate Disney’s intuitive marketing. It understands its consumers in a complete sense and adapts its approach accordingly to its roster of unique titles. One might have expected Disney+ to release all of WandaVision’s episodes in a model similar to those of other streaming services, where all episodes are dropped at once for consumers’ instant gratification. But taking cues from network shows, Disney+ definitively chose a weekly release model for WandaVision (with the exception of the first two episodes being released simultaneously), and the decision has paid off.

This is not to say that the all-in-one episode release format is a lesser model, but for WandaVision the slow burn schedule makes the series something to savour. Rather than allowing for a flurry of episode binging and consequent retrospective analysis of the show, Disney’s decision has allowed for active speculation from its audience, igniting an outpour of theories and anticipation that feels vintage in an age of quickly consumed media.

With the short length of its episodes, WandaVision pays tribute to legendary sitcoms while skillfully combining the vintage format with groundbreaking content. As a fan, I’m thrilled by the impatience I feel between each episode – it’s something I haven’t experienced for quite some time. The show’s unpredictability proves that the Marvel Cinematic Universe has many more cards up its sleeve. As the trailers keep telling us, ‘we just don’t know what to expect’.