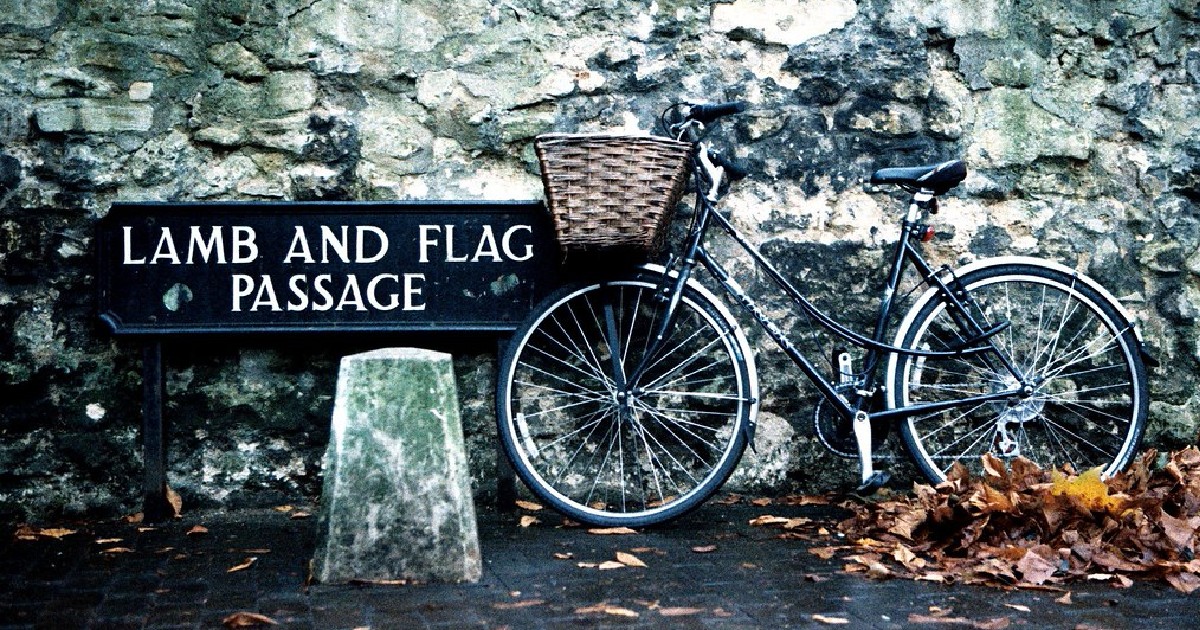 Image Description: A bike parked by a sign that reads “Lamb and Flag passage”.

The St John’s JCR President has released a statement on behalf of the JCR on the closure of the historic Lamb and Flag pub. It was recently announced that the pub, which is owned by the college, would not be reopening after the Covid-19 restrictions were lifted.

The pub, which has been open since 1566, and moved to its current site in 1613, will not reopen. The Lamb & Flag (Oxford) Limited, a company owned by St John’s College, which operates the pub, announced that “after careful consideration, the company will close and cease operations on January 31”.

The JCR President was mandated to release a statement after a motion was passed in a JCR meeting to show support for the popular institution. The statement reads:

“The Lamb and Flag is a much-loved part of student life at St John’s. Many of us looked forward to returning for a drink after the pandemic, so we are naturally disappointed at the news of its closure. The JCR has a constructive relationship with the College and we now look forward to contributing to conversations about the future of the pub.”

A short statement from the JCR President on the closure of the Lamb and Flag pub. pic.twitter.com/9wjvBYBCsr

The historic institution is a favourite of both students and locals, and efforts are being made to save it. Previous patrons of the pub are said to have included C. S. Lewis and Tony Blair. Thomas Hardy reportedly wrote most of Jude the Obscure in the pub.

Profits made by the pub were linked with graduate scholarships. However, due to the college’s status as charitable, it cannot legally support a loss-making business.  The Liberal Democrat MP for Oxford West and Abingdon wrote in a tweet that:

“The closure of The Lamb & Flag is not only tragic and devastating news, but it shows just how in trouble our pubs are. There is a real risk of this being just the canary in the coal mine with more local pubs closures soon to follow.”

The closure of The Lamb & Flag is not only tragic and devastating news, but it shows just how in trouble our pubs are. There is a real risk of this being just the canary in the coal mine with more local pubs closures soon to follow. (1/2)https://t.co/8GcFXyl4pS

“Govt have the power to stop this disaster, and yet they’re not listening. Sunak should do the right thing for publicans and extend furlough for the hospitality sector for as long as needed. Without this vital support, I just can’t see a bright future for our local pubs”.