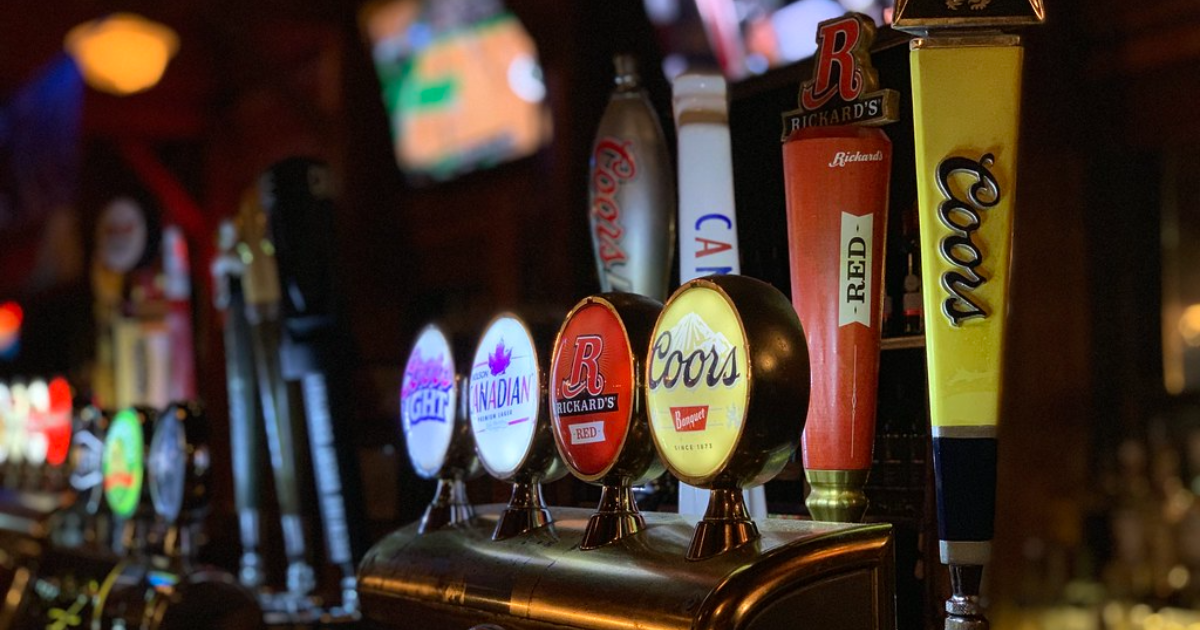 In defence of a treasured British institution: The pub

Image Description: a line of beer taps in a pub.

Those who know me will know that I am partial to a pint or two. But, prior to alcoholic beverages entering my life, pubs already had a place in my heart. Not only do I come from a family of publicans, and lived in a pub for the first years of my life, but the pub represents so much more to people. It is a place to catch up with old friends, go on dates, meet with loved ones, or just enjoy a drink with some mates.

News that the Lamb & Flag is closing due to financial constraints placed upon it through lockdown is not only sad, but a sign of the damage that the pub industry has endured over the last year.

Almost all industries have been damaged by the pandemic, but the pub industry is one which has been hit especially hard. Not only do pubs require people to be present at their establishment as an integral part of their business model, but their stock is entirely perishable. The first and third lockdown have both lasted long enough to cause the beer in kegs to go stale, leaving pubs to lose hundreds of pounds with no way to prevent the losses.

It is not just the pubs as businesses which are suffering, either. Staff often work different shift times each week and, depending on the period the government choose for furlough pay, they could receive drastically lower pay. Further to this, pub-goers will also be affected. Whilst they may see their bank account swell, it’s not hard to imagine that pub regulars will suffer high levels of loneliness, given a large amount of their social life used to happen in these closed establishments.

Pubs still play a crucial role in the lives of students – they are places of relief, celebration, and escape

We should not underestimate these groups – they represent a great part of why the traditional pub is so important in Britain. Oxford exemplifies this; its historical abundance of pubs shows how they have always been, and continue to be, the common meeting place of the city. Whilst the days of pub-based tutorials have (mostly) gone, pubs still play a crucial role in the lives of students – they are places of relief, celebration, and escape.

Whilst my reminiscing over the joys of pubs reminds me of why I think they are so important, I should provide some justification to the non-believer in the traditional pub. The pub is an institution which is irreplaceable. The non-discriminatory nature of this meeting place is not just something we should try and cling on to, but rather something we should treasure. The unique variety in style and atmosphere across pubs is unattainable by alternatives such as coffee shops, making them the most versatile meeting place. Whatever the occasion or reason, there will be a pub to suit it.

The pub is not, however, just a versatile tool in the socialite’s toolkit. It is the center of many village and town communities. It is a unifying force to those at work, whether it be on a boozy Friday lunch or just for a drink after a particularly tough Tuesday. It is a quintessential part of British society, and individuals and communities would suffer without it.

The closure of the Lamb & Flag is enough to raise concern, and should make us consider what we can do to preserve this crucial industry. I believe the two culprits of such misfortune are the outrageously high taxation placed upon beer, and the rise of conglomerate firms owning pub buildings across the country.

The UK has the highest beer tax rate in Europe, with over 50p per pint of beer. This is compared to a beer tax of around 5p in countries such as Germany and Spain. This extortion of pubs has led to two consequences: inexplicably expensive beer, and pubs becoming places of food, rather than drink, consumption.

It is no wonder that the non-profit college bar can offer pints as cheap as £1.80, or pub giant J.D. Wetherspoon as low as £1.20, as they do not need to rely on beer to make their profit. The average establishment, however, must hike the price of beer up to beyond £3 or £4 (sometimes shockingly even above £5, as is becoming too frequent), in order to stay afloat. This is, by no small measure, due to the high rates of taxation that have always been placed on beer in the UK, and is discouraging for those looking for a cheap pub pint.

Further to this, the control of companies such as Enterprise Inns or Greene King, forces landlords to purchase more expensive beer – even going so far as to forcing them to pour it down the drain if the pub has to close. These companies own pubs up and down the country, often giving the leases out to inexperienced punters, in order to make money off the rental income. They have no interest in maintaining high standards in pubs, focusing on their own profit instead. It is clear to me that such conglomerates are not in the interest of the pub businesses themselves, nor of pub-goers.

Despite these sad truths, there is one final thing that can be done to help uphold such a crucial industry – going out to have a drink. Drinking in pubs has been in decline for years, whether it be due to taxes or Covid-19, EU regulation on smoking inside, or increased competition from overwhelming cheap alcohol in supermarkets. Yet, people still seem to place pubs on a pedestal, and are keen to maintain them.

My solution is this: once it is safe to do so, go to the pub for a drink. Meet up with a friend that you haven’t had much contact with through lockdown, or take the opportunity to have an in-person date. Whatever the reason, use those saved pennies from the nights out that haven’t happened, and buy a pint or two at a local pub – they will be relying on your custom.