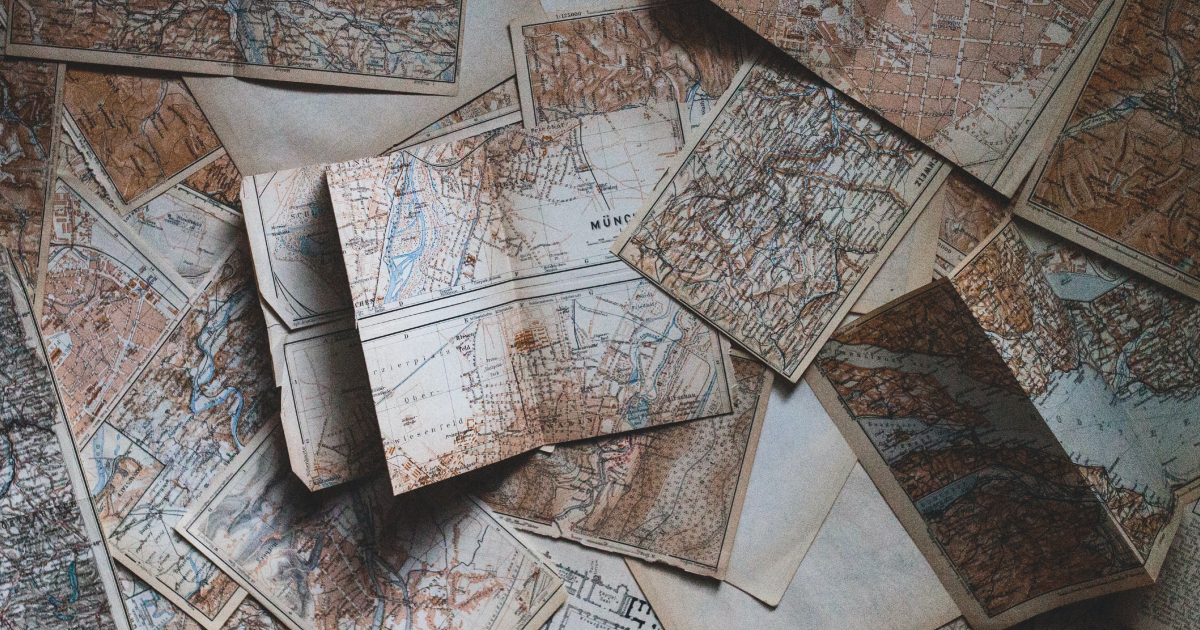 Why the map matters in open-world games

Of all the moving parts that come together to make a successful game – the graphics, the mechanics, the characters, the music, the plot – you’d be forgiven for thinking that the map is an unimportant detail, a technical feature of little interest to players. In most games the map is relegated to the background, a substructure only visible to developers and only noticed by players when the game gets it wrong. If you’ve replayed the original Doom or GoldenEye 007 recently, you’ll have realised that the hours of blasting demons and assassinating spies you remembered from childhood were brief moments of action in an odyssey of dead ends and labyrinthine corridors.

In open-world games, by contrast, the map is not merely a substructure that the player should be able to navigate by intuition, but a vital part of the playing experience, your very own chaperone to the game’s virtual universe. As open-world games expand across increasingly large and complicated terrain, the maps that accompany them are becoming more important, more inventive, and more deserving of our attention – and could even suggest a way of improving gaming as a whole.

Maps have an aura of objectivity that’s difficult to dispel, but like any form of representation, they distort the real world to fit the limitations of their medium. For one thing maps are often a 2D rendering of 3D space. Imagine painting a globe on a spherical balloon, then popping and stretching it to make a flat rectangle. The result will be roughly similar to what Gerardus Mercator designed in 1569, the map on every high school classroom wall. But there’s a problem with Mercator’s map: it distorts the size of countries closer to the poles to fit a flat rectangular surface; a politically dubious exercise when Greenland, which is losing land to climate change, is depicted as larger than the whole of Africa.

Or consider a map of the London Underground: the stops and lines have been designed, not to reflect the exact location of Covent Garden or its distance from Regent’s Park, but to be a clear and readable document that tells you what you need to know at a glance. Maps needn’t be completely true to life, but they should help even the most cartographically confused of us navigate the world.

Your very own chaperone to the game’s virtual universe

A spate of games across the past decade have employed the map in ways both useful and downright artistic. In the brooding underworld platformer Hollow Knight, much of which is submerged in darkness, your character glows like a torch that dims and dies away as you get crushed by subterranean monsters. Through maze-like corridors that branch off in every direction you listen for the hum of an old cartographer who sells maps to each level – without them, you’re playing in the dark. As you complete the game you complete the map, not a feature exclusive to Hollow Knight by any means, but one which gives the extra satisfaction of seeing a completed puzzle come together.

The Skyrim instalment of Bethesda’s The Elder Scrolls series has a map almost as visually stunning as the world of the game itself, with mountain peaks and lowland plains rendered in all their three-dimensional glory – an important touch, when for much of the game you’re navigating vertical space. Sometimes there’s no better path between two points than ‘Death Stranding’ your way over a mountain range, and for this a sense of what’s up and what’s down is crucial. Grand Theft Auto V, by contrast, is more like the AA map your parents used to have tucked away in the car’s glove compartment – all roads, no fuss. This makes sense when you’re driving for three miles to get to a mission and the buildings in between are little more than dead space. But when your objective is on top of a roof, and the map doesn’t indicate how to get there, frustration ensues.

In-game maps, then, are deserving of a more critical eye on your next GTA run-through, but putting cartography and gaming together has broader implications. Open-world games constitute maps in themselves: Red Dead Redemption, Cyberpunk 2077, The Elder Scrolls series; even if these games have no real-world equivalent, they function as 3D maps for the player to navigate and explore. And yet virtual maps of reality needn’t be true to life any more than their physical counterparts: they should be symbolic representations, like stories, that incorporate or exclude things for a purpose.

There was a certain excitement, when young, in playing virtual golf or stealing a virtual plate, but now when roaming around San Andreas or Skyrim these activities seem like empty filler. In GTA there’s so much dead space, so many buildings with nothing inside, so many pointless empty fields; in Skyrim there are so many copy and paste locations, so many boring everyday items to interact with. They make the game more realistic, sure, but games aren’t reality, they’re art. If I wanted to drive around for twenty minutes to play golf or stash a wooden plate in my inventory, I’d go outside. There’s no better map of reality than reality itself.

Now more than ever, when the outside world is fraught with complex new social codes and international travel seems like the relic of a long-lost era, these big open-world games are a delight to explore. Replaying GTA V on updated equipment, I was struck more than once by how beautiful Rockstar’s virtual Los Angeles – the infamous Los Santos – is to drive around. Fretting over the map may seem trivial, but a good cartographical eye makes the gameplay smoother and the overall experience more streamlined; it means less frustration, less annoyance, and more appreciation for those moments of wonder.