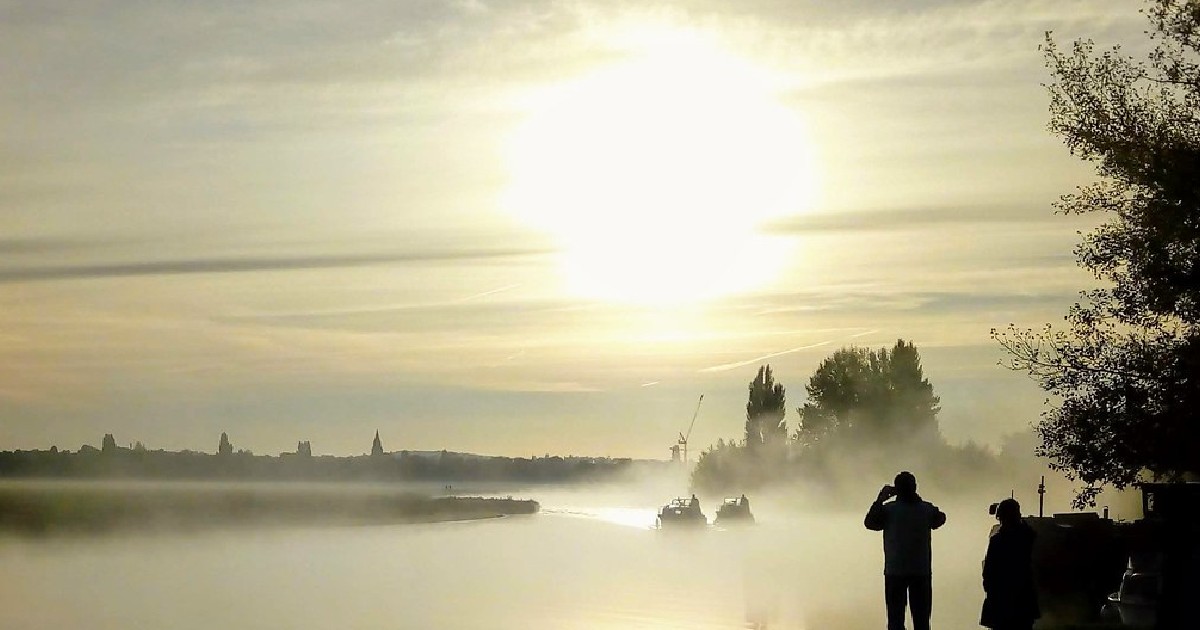 Image Description: a misty Port Meadow, with a silhouette of a man in the foreground.

Oxford City Council has outlined how it aims to achieve its goal of becoming a zero carbon council by 2030.

Although it is only responsible for 1% of Oxford’s carbon emissions, in April 2019 the City Council set out a vision to reach zero carbon across its own operations by 2030.

In its proposed budget for 2021/2022 the council will become net zero for its direct activities – where it pays energy bills – by the end of this year, through buying only renewable energy and offsetting residual emissions. The goal of zero carbon by 2030 will see the acceleration of existing and new programmes to reduce the Council’s underlying emissions.

The transition to becoming zero carbon will mean that the Council will reduce its purchase of both green gas and offsetting, as boilers are replaced with low/zero carbon heating technologies and approaches and fleet vehicles are electrified.

In the absence of a fully decarbonised electricity grid, the Council will rely on green electricity purchase and local renewable energy generation to provide zero carbon electricity to power electrified heat and fleet vehicles.

The Carbon Management Plan sets out how the Council aims to achieve these goals by 2030. It covers all buildings and operations where the Council pays the energy, fuel and water bills, and where these emissions can be directly measured and reduced. These are classified as: Scope 1 emissions (gas and fuel), Scope 2 emissions (electricity purchased from the grid) and Scope 3 emissions (for transmission and distribution of grid electricity, water consumption and business travel).

The Council will prioritise emissions reduction based on the significant energy use hierarchy, targeting the biggest energy and fuel consumers, and therefore carbon dioxide emissions sources first.

The Council have been awarded up to £10.9 million from the Department for Business, Energy and Industrial Strategy’s Public Sector Decarbonisation Fund to develop their carbon reduction proposals. The funding has potential to resolve a gap in the funding for The Carbon Management Plan whilst also aiming to reduce emissions by around 1574tCO2e/year.

“This £10.9m boost will enable the City Council to make big savings in carbon and energy. It provides one-third of the funding needed to end our contribution to global warming by 2030. Hinksey Pools is on track to become an even better place to enjoy a dip, cutting its carbon footprint in half and doubling the enjoyment of visitors. Other sites will benefit from heat pumps replacing gas boilers, so that our citizens can directly enjoy the upgrades in the knowledge that they are meeting the climate crisis.”

So far the Council has been managing energy and carbon emissions from across its estate and operations since 2009. Significant progress has been made towards zero carbon status, with an average 5.4% per year reduction in underlying emissions from 2015-2020.

The Council will be hosting the Zero Carbon Oxford Summit to bring together leaders of major Oxford institutions and businesses to discuss their decarbonisation plans, and set a vision for reaching net zero as a city.  It will be held virtually on Thursday 4th of February and will bring together universities, hospitals, councils, large businesses and other organisations to consider the action required to accelerate carbon reduction across the city.

The Summit aims to set an aspirational but scientifically robust date for when net zero emissions can be achieved for Oxford as a whole. It is also intended that the Summit will also lead to the creation of a new Zero Carbon Oxford Partnership for the city, replacing the Low Carbon Oxford partnership established over a decade ago. The new partnership will enable a wider range of stakeholders to play their part in cutting Oxford’s carbon footprint to zero.

Green Councillor Dick Wolff commented on the proposals, highlighting that although the progress being made was positive, there was still a significant way to go to make Oxford truly Green.

“It is great that the Council are dealing with 1% of Oxford’s emissions, but it is time they started tackling the other 99%”

“Although Oxford City Council is only directly responsible for around 1% of the carbon emissions arising from within Oxford, they have influence over a far larger proportion. For example, the Council owns around 8,000 homes and owns an extensive commercial property portfolio (neither of which are included in its zero carbon commitment). In addition, the Council sets planning policies via its Local Plan and has  significant influence over transport, economic and energy policies locally.”

“What we need is a zero carbon plan for the whole of the City.”

“The City Council produces just 1% of citywide emissions, but that’s 1% too much. With our new action plan, we will end our contribution to global warming by 2030 or sooner. In this year, the Council will become net zero carbon, creating a staging post for reducing all underlying emissions this decade. We’re doubling our ambition by doubling the Council’s annual emissions target from 5% to 10%. Getting to Zero won’t be easy, but it’s the right thing to do for citizens and the city if we’re going to meet the climate crisis, and do it in a way which creates jobs and economic activity.”

“The climate crisis has led the Council to lead by example and hopefully institutions of Oxford will follow suit and take steps to reduce their carbon footprint.”