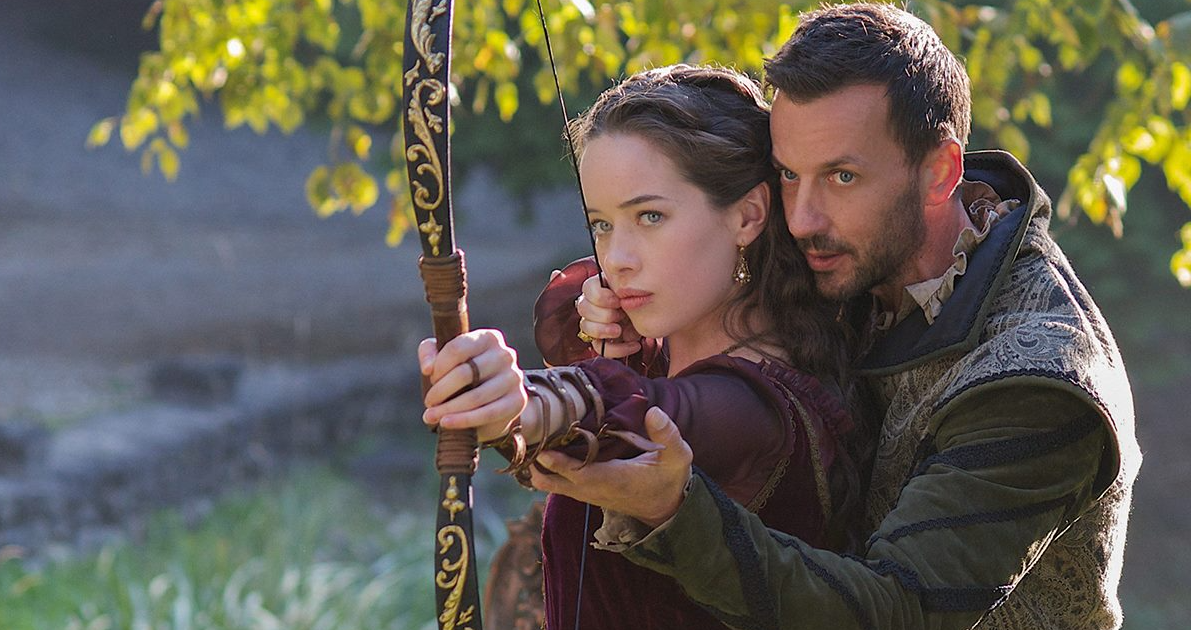 A plug for the corset-shaped hole in your heart

Image Description: the characters Lola and Narcisse shooting a bow and arrow in the show Reign.

While the end of Bridgerton may have left you dealing with withdrawal from period dresses, feminist overtones and rampant corset sex, fear not, because Laurie McCarthy and Stephanie Sengupta’s 2013-2017 series Reign can fill this gap in your soul. Although it’s set a couple of hundred years earlier, there are four seasons of period drama waiting to tide you over till you can binge-watch Bridgerton in one night again.

Starring Adelaide Kane and Toby Regbo, and from the Narnia series, Anna Popplewell,  Reign lies somewhere in the middle of Bridgerton, Game of Thrones and Pretty Little Liars. It follows the life of Mary Queen of Scots as she navigates the political scene at French court where she lives with her betrothed Prince Francis. The series frame this era of her life in a semi-biographical way, with lots of room for embellishment and supernatural elements. By navigating the political scene, I mean the characters are briefly concerned about the nations they preside over before discussing who is shagging who. In some ways, the fate of nations is intertwined the sex lives of a handful of twenty-somethings. It’s Pretty Little Liars set in 16th Century French court.

Despite the regular corset sex, the way that the series is most similar to Bridgerton is in its exploration of the domestic and political power of women. It’s made all the more poignant by the background of an era where to marry was to become another’s property, where marriage for love was a luxury that some almost stumbled upon, a secondary consideration to status and wealth. Characters explicitly discuss these power dynamics and the show demonstrates how Mary in particular switches between the ultimate power of a divine ruler and female love interest as she struggles to blend the two, never quite succeeding. Her power is an issue to her engagement and her engagement places the fate of Scotland at risk multiple times in the series while she faces opposition on both fronts.

In some ways, the fate of nations is intertwined the sex lives of a handful of twenty somethings. It’s Pretty Little Liars set in 16th Century French court.

She too, however, has to navigate her role as a mother and a Queen. The accusations about her being a cold-hearted parent seem to be much more damning to her character than her mad king consort and time and time again her marriage is used to highlight the sexual double standards that exist in the show. Women have to protect their reputation and risking ruin through affairs whereas the men openly have ‘mistresses’ and hire prostitutes without any consequences, (barring perhaps syphilis).

Although Reign is set in a world so removed from our own, its conversations around feminism and patriarchal society make us reflect on our own circumstances and the constraints that societal attitudes place on love, sex and reputation. It reminds us how far we’ve come and what we’ve achieved, and in the same breath how far we have to go.

There are many parallels between Bridgerton and Reign, but Bridgerton is the superior series so far. The acting is better; the conversation more nuanced and Reign rapidly declines in how interesting it is around the beginning of season three when a hyper-sexualised Elizabeth the First is introduced. Being premiered in 2013 also means it suffers from the twilight-hunger games era casting and nuance. The cast is basically exclusively white, skinny, card-board-cut out versions of each other; new characters normally don’t add different dynamics just create new drama. If you enjoy love triangles and star- crossed lovers, always in the context of political drama, this is definitely the show for you.

Reign is a feel-good, throwaway series. It’s not quite as enthralling as Bridgerton, but if you need something to clear your head after an essay deadline and miss the escapism offered by it newer, slightly better counterpart, it’s worth giving a go.