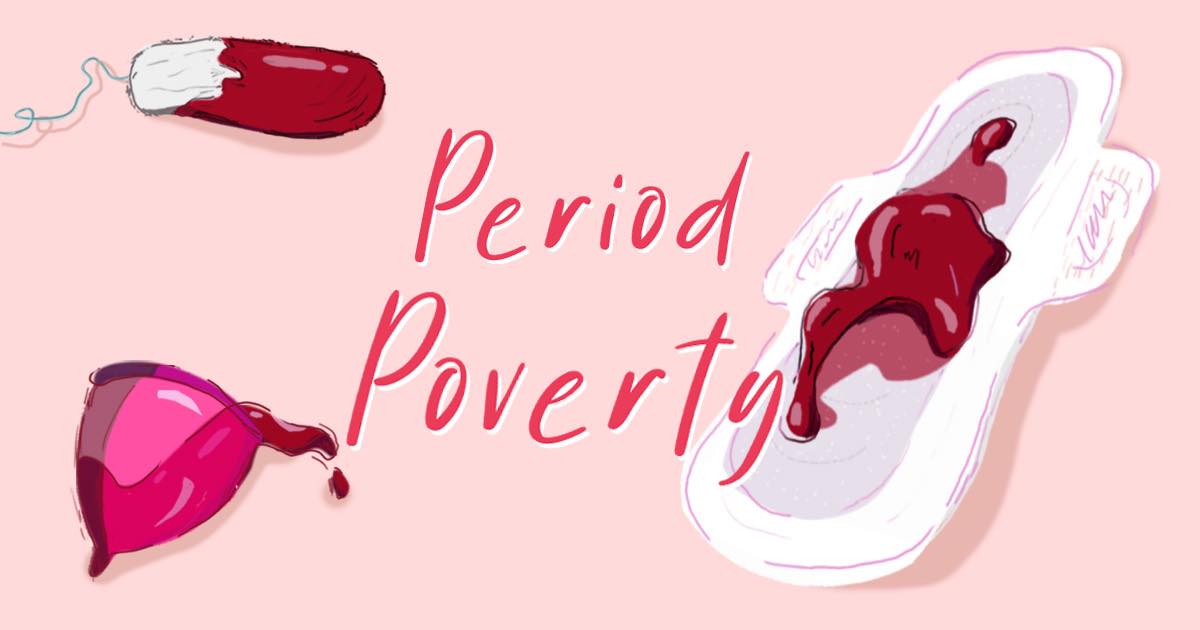 An unhygienic taboo: period poverty and the tampon tax

At the start of 2021 the UK Government announced that, from this year onwards, the tampon tax would be abolished in the entire country. This comes roughly three years after a protest was held outside Westminster, calling for an end to period poverty amid news that girls in the UK were missing school due to menstruation. The news is encouraging for all people who menstruate, who were finally told that the menstrual products we need every month are no longer considered “non-essential” items. While this is a step in the right direction, and suggests that periods are being talked about more openly within politics, a taboo still surrounds the topic.

Anyone who has had to buy menstrual products before, be it for themselves or someone else, will probably have noticed big signs in shops advertising ‘feminine hygiene’ or ‘sanitary’ products. The notion of periods requiring ‘sanitary’ or ‘hygiene’ products suggests that they themselves are dirty or unhealthy, things which need to be cleansed and purified. This language feeds into the idea of periods being something unnatural and therefore shameful, which in turn makes it difficult for periods to be spoken about openly – a perpetuating and damaging cycle.

Lining the shelves alongside these menstrual products, which so many of us need to buy monthly, are things called ‘intimate wash’ or ‘freshness wipes.’ The implication is obvious: periods are something dirty, and to make up for it we are expected to use specific cleansers, wipes or even sprays. While there is no evidence for these to be necessary – in fact, the vagina is a self-cleaning muscle – the marketing around these products presents them as a solution to some fictitious lack of hygiene caused by menstruation. Their glaringly obvious positioning next to menstrual products makes them impossible to avoid, and reinforces an idea that periods make people dirty, leading to feelings of shame. It is not surprising, then, that a study in 2017 found that 48% of girls aged 14-21 in the UK felt embarrassed by their periods, and almost three quarters felt embarrassed about buying menstrual products.

This taboo doesn’t just affect how people who menstruate feel about themselves, or how comfortable they are discussing periods, it can also have more tangible harmful effects.

Alongside the social shame, 15% of girls in the UK in 2017 admitted they had struggled to afford menstrual products, and 10% had been unable to altogether. There seems to be a correlation between periods being stigmatised and the people who have them being silenced from speaking out about their needs for accessible menstrual care.

This stigma is perpetuated from a young age. Sex and relationships education in the UK, often taught at age 10 or eleven, fails to consider that many young people can start menstruating from as young as 8, without ever having been taught about these changes to their own bodies. When I received sex education for the first time at age 10, boys were removed from the room during the explanation of periods, and missed out on a basic understanding of them. From eleven pads were hidden in small side pockets of bags, and periods were excluded as a topic of conversation for at least a further two years. When around 50% of the population menstruates, why is it still not talked about openly?

More education is clearly needed, to help society accept periods as a natural part of life, and in turn make sure those who have them are unafraid to speak about them, and not placed at a disadvantage.

It is for this reason that the government’s announcement of the cutting of the tampon tax should be celebrated. When politicians are seen to be talking openly and publicly about periods, these become accepted more widely as a normal part of life, and consequently prioritised both within society and policy.

However, we need to acknowledge that more can and should be done. The government’s pledge in 2020 to provide free menstrual products to all state-educated students up to the age of 19 is also hugely welcomed, but fails to help those past the age of 19, or those who leave education at an earlier age. While most of us at Oxford are lucky to still have access to these products freely through our college JCR or MCR, the notion seems to be that adequate menstrual care is only a human right for those who fit certain conditions.

Until this changes, alongside the advertisement and language surrounding menstruation, this long-lasting taboo will continue.

This was shown just earlier this year, in the reactions on social media to the government’s new tampon tax policy. One man took to Twitter to refer to a mere drawing of a tampon as “obscene.”

Perhaps if he had received inclusive and candid sex education, if he saw menstrual products advertised for what they are rather than santised with palatable language, he might now realise that the only obscenity is the continued stigma surrounding periods, and the deprivation it brings.