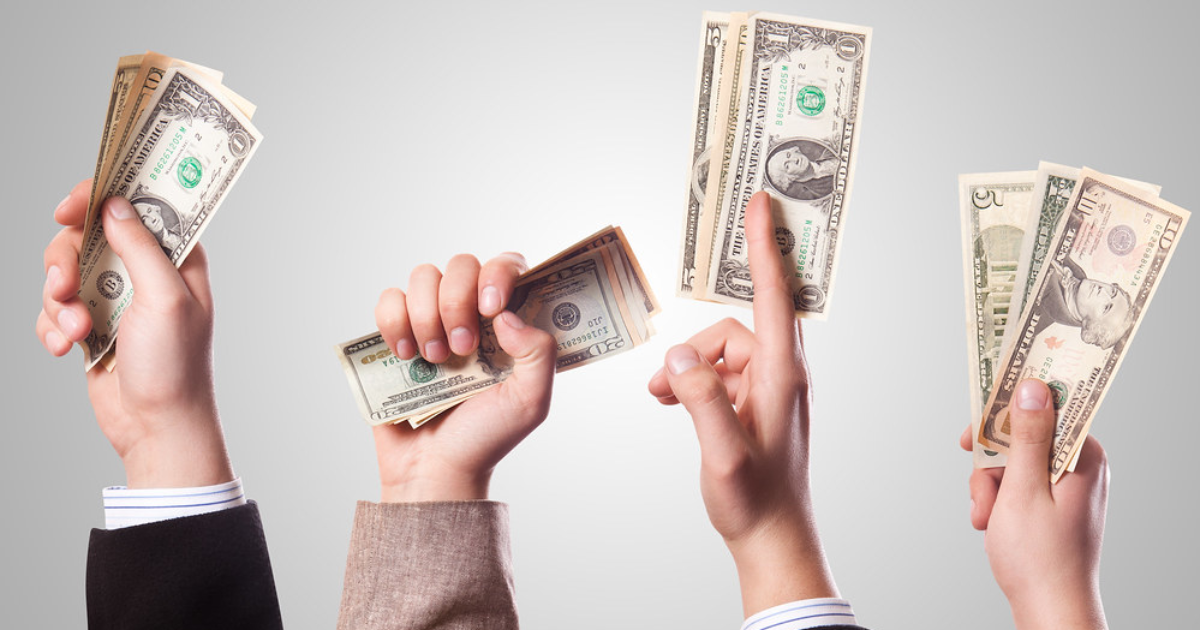 Image Description: four hands raised from the bottom of the photo, each holding up a wad of cash

When shopping online, the option to pay the full amount upfront is now often challenged by the alternative of paying in smaller weekly, bi-weekly, or even monthly interest-free instalments, over a set period of time, using the option of ‘buy now, pay later.’ Services such as Klarna and Clearpay which offer this option are often advertised by online retailers at checkout. The premise has an obvious appeal: why pay full price now, which could squeeze the budget, when you could pay in interest-free instalments over a more manageable period of time? The ability to buy things by spreading their cost over a longer period of time has enabled more products to become accessible, especially for the younger generation who may be working with a student budget or minimum wage job. So why have concerns about these services been raised now?

Firstly the rise in use of ‘buy now pay later ‘services has correlated with the 12 months of intermittent lockdowns we have experienced in the UK. In fact, £4 of every £100 currently spent online in the UK uses ‘buy now, pay later’. Regular shoppers are turning more to online retailers, especially now that the high streets resemble ghost towns. The convenience of acquiring a desired item instantly, at a fraction of its price, is very tempting.

Secondly, retail therapy is used by many as a coping mechanism for stress. These online services make shopping more accessible, particularly in a time where a new piece for the wardrobe can create hope for post-lockdown outfits, and pick people up when they are at their lowest.

But it is important to consider why these services are there in the first place. Offering interest-free payments while making a profit indicates that companies like Klarna are making at least some of their money through late payment fees. Even if they don’t, a habit is established which reinforces the belief that making more purchases is affordable, encouraging more spending over a longer period of time. Customers eventually risk racking up bills higher than they may have initially spent in the first place.

The current reviews of these services being undertaken by the Financial Conduct Authority (FCA) reveal that one in ten users of these products hold other forms of debt elsewhere. Some businesses may apply a cap to credit limits or perform a credit check, but this is more for the protection of the firm itself, not in the interest of managing the finances of the customer. The use of ‘buy now pay later’ payment plans is not regulated by the FCA currently. Although this is set to change a gap remains, where those vulnerable to racking up debts may slip through.

‘Buy now pay later’ services may, however, open up a window of affordability. This is if the use of these services is a “one-off, planned, budgeted for spend” as founder of the website MoneySavingExpert.com and business journalist Martin Lewis said this week. Delaying the cost of online shopping can also go a long way in reducing income inequalities. If an item is considered essential a planned purchase through one of these schemes can enable even those on a strict budget to make an allowance to buy it. The availability of online retail also works to support smaller businesses. If consumers can budget their payments, more businesses may be able to survive in the long run.

Yet, beyond this, it could be a dangerous lockdown habit to shake. If younger generations are conditioned into have a blasé attitude towards debt by schemes such as these, they could face a very real threat of financing issues in the future.

This danger may appear sooner than customers think, too: furlough pay in the UK will be stopped at the end of April and unemployment continues to rise in the country. If income is suddenly compromised, what may now appear to be manageable payments may soon quickly become an unnecessary burden.

Martin Lewis’ public appeal to both regulators and the wider public this week highlighted the severity of this situation; the lack of FCA regulation on who can acquire this form of debt as well as its cultural normalization is worrying. Making these small purchases, essentially on credit, poses a long-term risk that may not affect credit scores now, but can breed a longer-lasting tolerance for debt. This could one day lead to a habit that affects consumer decisions beyond buying a trendy leather jacket from ASOS.