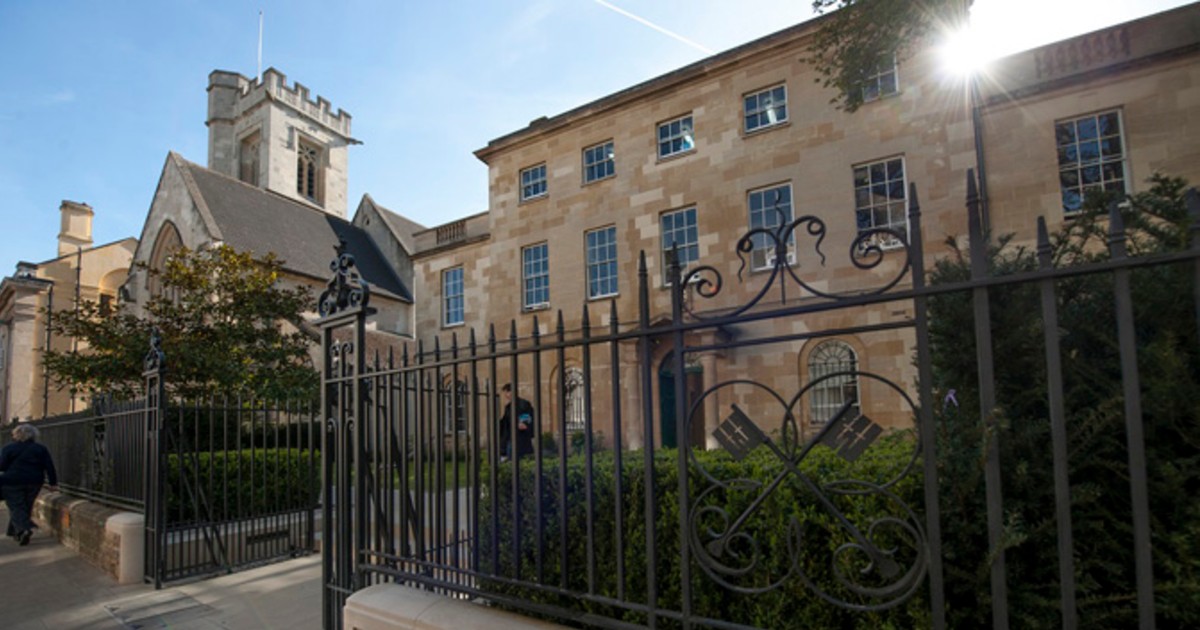 The statement from the JCR was passed after an emergency meeting, called while the event was taking place. It outlined Loach’s history of antisemitic comments, as defined by the International Holocaust Remembrance Alliance (IHRA) working definition, which was recently adopted by the University.

The JCR statement also criticised the leadership of St. Peter’s college on for their “insensitive and ignorant handling” of protest to the event – both from students at the University, and organisations including the Union of Jewish Students and the Board of Deputies of British Jews.

According to the statement, the College, “sought to downplay the prospect of Loach’s invitation being actively harmful to the college community, suggesting that the event featuring him would ‘set aside’ the controversy,” “pushed Jewish Peterites to explain why downplaying the Holocaust is ‘always’ unequivocally antisemitic,” and “put the burden of proving Loach’s antisemitism onto Jewish Peterites.” It also accused the college of refusing to disinvite Loach, “lest a PR fallout occur,” as well as refusing to take “any concrete steps to minimise the hurt that his invitation would inevitably cause.”

In particular, the JCR highlighted the Masters’ and Colleges’ statements to students which the JCR claims of having “added fuel to the fire.” In her statement, Professor Judith Buchanan – the current Master of St. Peter’s College, wrote that they would not cancel the “while not believing that no-platforming is the way to pursue goals of a free and open academic community.”

The JCR statement responded that “A ‘free and open academic community’ is mutually exclusive with the platforming of individuals whose bigoted views cause active harm to others on account of their protected characteristics.” In addition, it emphasised that, “It is impossible to separate Ken Loach’s filmmaking from his views, including his offensive history of antisemitic remarks.”

The statement concluded in asking all student to boycott the event, condemned the College leadership’s decision to continue with the event and the “inconsiderate and insensitive response to such concerns, noting that such a response caused even greater suffering.” It also offered an apology on behalf of the College to Jewish students and pledged support and solidarity in standing against antisemitism.

Filmmaker, St Peter’s alumnus and honorary fellow, Ken Loach, who was invited to speak at the college on Monday 8th February at 6pm, has been accused many times of antisemitic statements including alluding to “a world Jewish conspiracy or of Jews controlling the media, economy, government or other societal institutions.” In 2017 he made several remarks denying antisemitism in the Labour Party and suggesting the allegations were made to destabilise Corbyn. The following year he was reported to have stated Labour MPs attending a protest against antisemitism in the party should be ‘kicked out.’

When approached for comment by the Oxford Student about the concerns raised, a spokesperson for St Peter’s College said:

“Ken Loach, an alumnus of St Peter’s College, has been invited by the College and The Oxford Research Centre in the Humanities to speak about two of his films. These films form part of a distinguished filmmaking career. This is the latest in a run of occasions on which Ken Loach has been invited to speak in College, all of which have previously been very well received by students. The event will be respected as advertised and we look forward to a good conversation about the films on this occasion.

“Significant concerns about the event have been brought clearly to the attention of College and College is committed to creating further opportunities for these concerns to be properly respected and discussed within College.  St Peter’s stands vigorously against all forms of discrimination and always seeks to support students who are discriminated against. In the context of the current conversation, College affirms without reservation its very strong opposition to anti-semitism. It recognises the appalling atrocities that anti-semitism has wrought and can bring.  While not believing that no-platforming is the way to pursue goals of a free and open academic community, it is committed to supporting students who find such decisions painful and to finding ways to address these questions within College as part of a broader, ongoing conversation.”

The Oxford Student stands against all antisemitism.