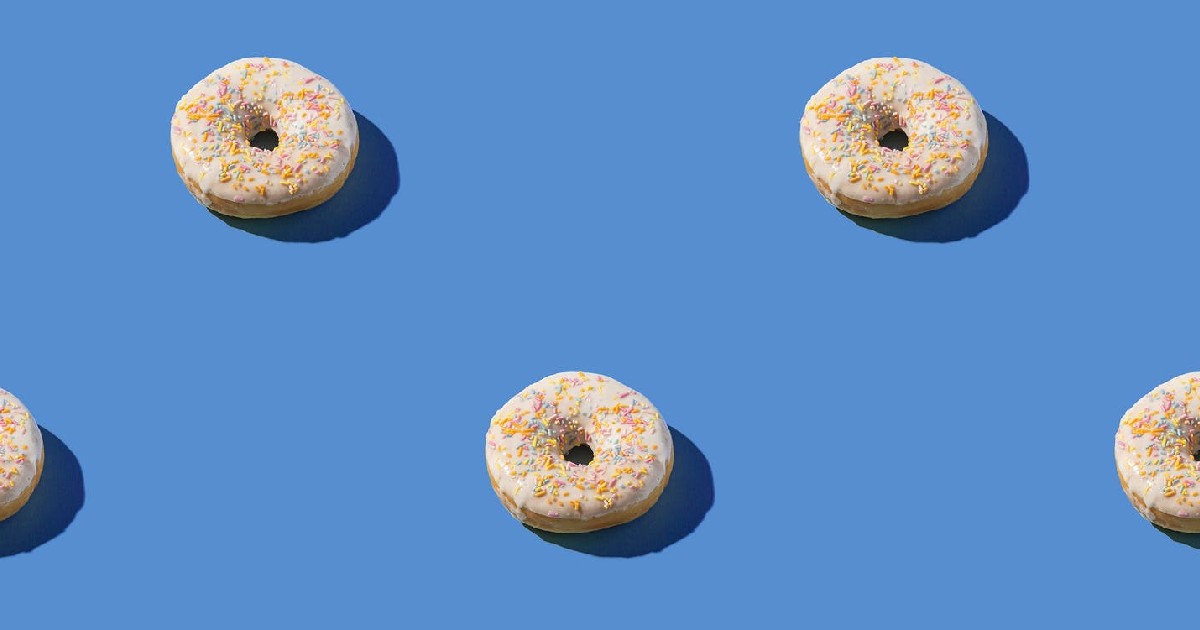 Dutch doughnuts: How Amsterdam’s recovery plan threatens Capitalism as we know it.

The coronavirus pandemic has destroyed our economies, decimated industries, and cost millions their jobs. While this was taking place, our skies got clearer, our carbon footprints diminished, dolphins returned to the waters of Venice, and we took time to appreciate nature around us – after all, exercise was the only activity we could leave the house for. As we rebuild what we’ve lost, people are starting to consider how our environment can be protected. The city of Amsterdam is doing this by adopting the ‘Doughnut model’ of economics.

The Doughnut economic model was developed by Oxford Graduate Kate Raworth. At Oxford, she became tired of the same economic models being taught that have been used for decades. Such models use supply and demand to see how we can most efficiently grow our economy, assuming that growth is the ultimate and only goal. As a PPE-ist who does sometimes watch lectures, it seems that even now, not much has changed. When the environment is incorporated into economic models, it is in the context of an externality. We consider only the effect of production on the environment – in doing so, we gloss over ecosystems themselves. The doughnut model is completely different in that respect.

By considering a circular economy, Raworth’s model incorporates elements that traditional economics does not: the ecological context, unpaid labour, inequality, and parenting.

By considering a circular economy, Raworth’s model incorporates elements that traditional economics does not: the ecological context, unpaid labour, inequality, and parenting.

Amsterdam, like nearly every city, is facing a housing crisis. Nearly 20% of tenants can only just afford their rent, leaving little money for other necessities. Only around 12% of 60,000 applicants for social housing were successful. One way the city is trying to combat this issue is to build new housing on a man-made island called Beach Island. An infrastructure project as large as this is always going to have an adverse effect on the environment, so the planning has embedded ecological ideals at its very core.

The boats that carried the sand to build Beach Island ran on low-emission fuel and the foundations were laid using methods that don’t harm local wildlife. At the same time, the houses are solar panelled, collect rainwater, and are triple glazed to reduce wasted energy. None of these are new environmental designs: what is different is that they are at the core of the project. They are considered from the start, integral to the economy – not used to mitigate adverse effects.

Most revolutionary of all, though, is the idea of an economy being ‘good enough’. This model’s end goal is not relative to other countries’ economies – a stark contrast to the endless competition and growth that capitalism relies on. Creating a circular economy is key to this idea, that we can stop producing more and use what we already have. 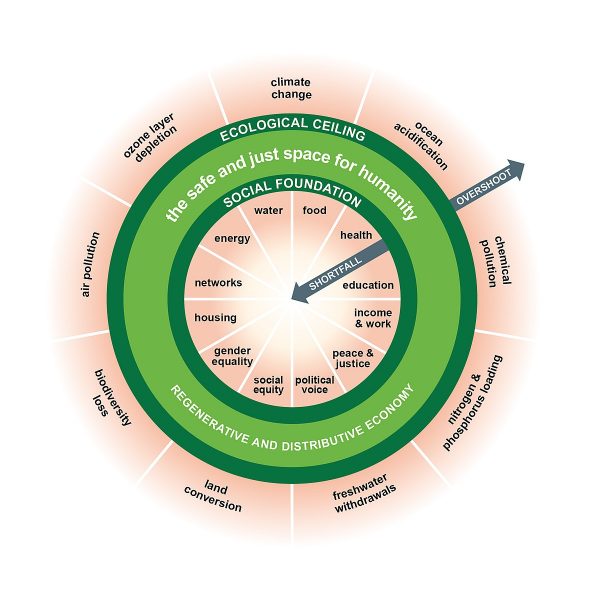 Since 2019, Amsterdam has strived to achieve a circular economy in all sectors, inspired by an analysis by Kate Raworth about how far they were from living inside the doughnut. The policies inspired by this goal involve protecting the environment but also aiming to create a good standard of living for all citizens while remedying social exclusion. New houses built on Beach Island will need a ‘materials passport’ so that they can eventually be recycled. Not only that, but producers and suppliers in the denim supply chain have signed the ‘Denim deal’ to ensure that 3 billion garments will include 20% recycled material by 2023.

Most revolutionary of all, though, is the idea of an economy being ‘good enough’. This model’s end goal is not relative to other countries’ economies – a stark contrast to the endless competition and growth that capitalism relies on. Creating a circular economy is key to this idea, that we can stop producing more and use what we already have.

This doesn’t mean of course that the doughnut model has been digested by all economists, with some showing symptoms of gluten intolerance towards this new way of thinking. They question whether the doughnut even exists- is there a space where human livelihoods live in balance with the world around them? It could be the case that we will always have to sacrifice one for the other. The damage to our environment may just be the price we have to pay for lifting people out of poverty, the way capitalism has undoubtedly done.

Let’s just take a look at which members of a capitalist society contribute the most to climate change. The richest 10% of people globally contribute 52% of carbon emissions; the richest 1% cause 15% of emissions alone. They not only eat the sprinkles of the doughnut, leaving only a husk of bread and sugar for everyone else, they also set fire to the Dunkin’ Donuts on the way out. Then they tell us we can’t have any more doughnuts because we might burn the whole shopping centre down.

On a more serious note, of course it is easier for a rich city like Amsterdam to prioritise climate change in its policy making and building of infrastructure than places where the relative poverty line is much lower. However, if we don’t start incorporating carbon emissions, pollution, waste and the ecosystem into how we think about our cities and our economic systems, eventually there won’t be any to worry about anyway.

Does Amsterdam using the doughnut model signify the end of capitalism as we know it? No, probably not. However, this is a huge shift in perspective, from the environment being a secondary consideration to something that we have as integral to our way of thinking about the economy. I’ll welcome it with open arms, and not just because I like doughnuts.