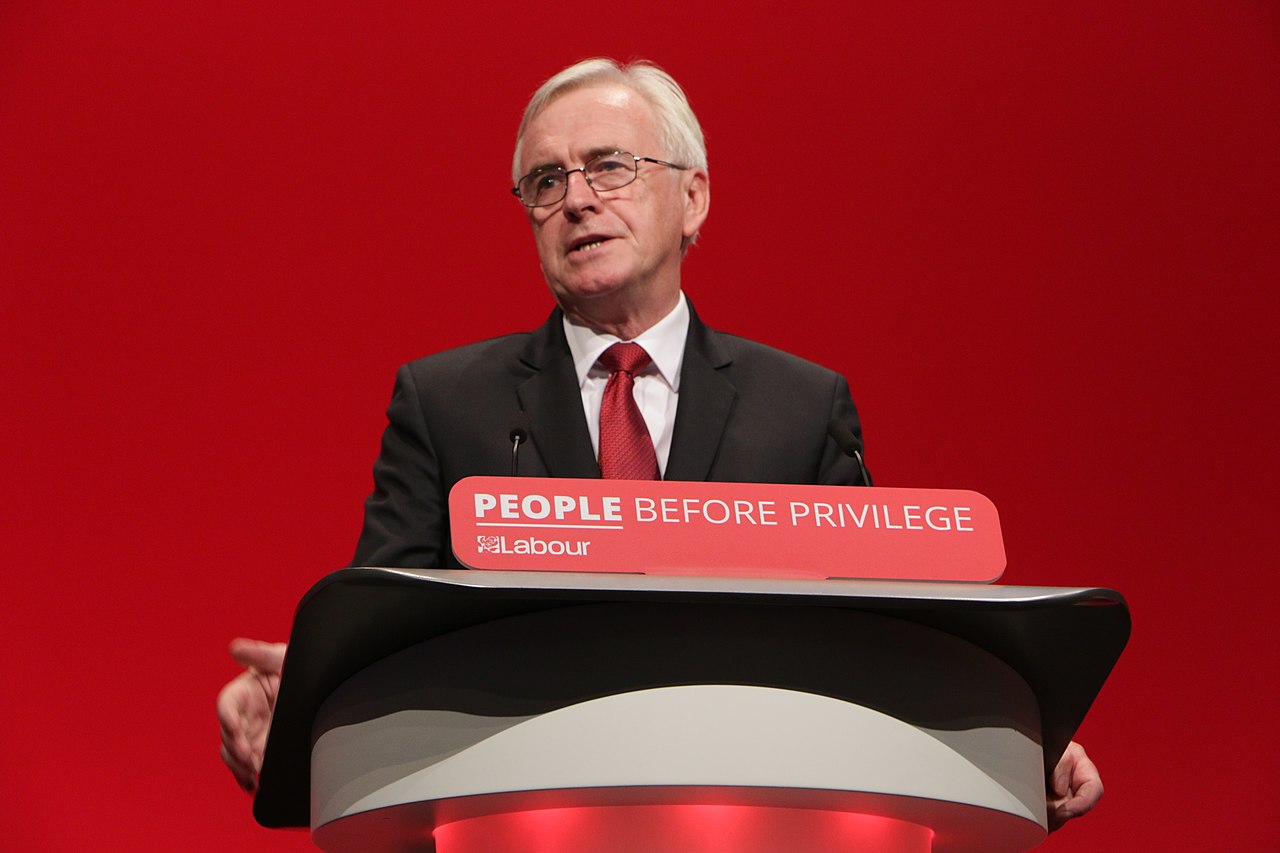 OULC respond to McDonnell event with professor accused of transphobia

The event, hosted by the History Faculty, will see the prominent Labour backbencher speak with Todd about her new book Snakes and Ladders: The Great British Social Mobility Myth.

Professor Todd, a member of Women’s Place UK, has previously attracted criticism for comments that have been described as transphobic. This includes criticising the LGBT rights charity Stonewall for failing to “support academic freedom of thought” and presenting “anti-scientific claims… as objective fact”.

In 2018, Professor Todd also shared a petition calling on the British Film Institute to remove transgender activist Munroe Bergdorf as a speaker at its women’s summit.

Further controversy arose in 2019 surrounding tweets made by Professor Todd, which included the hashtag ‘transawaythegay’.

Professor Todd has repeatedly denied allegations of transphobia, instead describing herself on her website as a “gender critical feminist”. She claims that, on the issue of self ID, ‘months of research’ led her to the conclusion that “to support transpeople’s rights… would harm the rights of women, because so often what is being asked for is free access to women-only spaces”.

In its statement, OULC said they were ‘disappointed’ about McDonnell’s decision to attend the event with Professor Todd.

“The content of the event is irrelevant to the issue at hand, namely that McDonnell is lending his platform and social and political capital to a person whose views actively harm members of the trans community.”

“That Todd couches her transphobia in the language of radical feminism does not preclude her from cooperation with the oppressor.”

Professor Todd was recently the subject of an open letter and petition, which questioned the decision of the Oxford Martin School to appoint her to lead its programme on women’s equality and inequality.

A 2018 Trans Report, compiled by the Oxford Student Union, found that 63% of trans students had experienced discrimination of which 97% was reported as being transphobic.

In a statement to the OxStu, Beth Nott, Co-chair of OULC said:

“OULC feels it is our responsibility as members of the Labour Party with a platform to hold our leaders to account. We stand in solidarity with our trans siblings on the grounds that oppression in any form must be fought. We hope that bringing attention to the problematic nature of this event contributes to the de-normalisation of transphobia in the University and in the Party, both of whom should be supporting the fight against oppression not contributing to it.”

We also spoke to Jade Calder, the LGBTQ+ Caucus Rep for OULC who commented:

“Unfortunately the party has a long way to go in addressing the transphobia which exists both within our internal community and more widely. Therefore it is disappointing to see McDonnell attend this event – socialism and class mobility should not be issues we fight while simultaneously excluding trans people.”

The full statement, which has also been sent to John McDonnell by the OULC, can be found on the club’s official Facebook page accessible here.

We reached out to John McDonnell, who told us the following:

“I am participating in an In Conversation event with Selina Todd to discuss her recent book, which I believe is a major contribution to the discussion about social mobility. This should not be interpreted as an endorsement of her views on trans issues or any other issue. It is a discussion about a book.”

“With regard to the views expressed by the Oxford Labour Club, which I fully appreciate, my only comment is that throughout my life I have campaigned for equality and respect for human rights. I have found that there comes a tipping point in any movement for human rights, especially when on the edge of an enormous breakthrough, when the better strategy can sometimes be to engage in a dialogue that enables one to comprehend the concerns of others no matter how unfounded and in doing so overcome them.”

McDonnell sent the same response in reply to the official statement sent by the OULC. They have made a follow-up statement, saying that while they ‘recognise’ McDonnell’s ‘tireless work’ in standing up for marginalised voices and recognise that it is in this ‘spirit’ (of class betterment) that the event is being held, they worry that engaging with Todd on other issues will allow ‘her blatant and harmful transphobia’ to be ‘swept under a rug’.

The statement went on to say:

“If you feel well equipped to do so, we would encourage you to at least make some kind of statement to the effect of what you said above: that you do not endorse Todd’s views, and that you affirm the reality that trans rights are human rights and ought to (be) respected equally as such.”

The statement continued:
“Todd might prima facie agree with you, but the insidiousness of her ideology means that if pushed on it, she would make some claim to the effect that the rights of cis people (especially cis women) to some poorly defined notion of “safety” outweigh the right of trans people to their safety.”
The fully reply from the OULC to McDonnell’s statement can be found here.