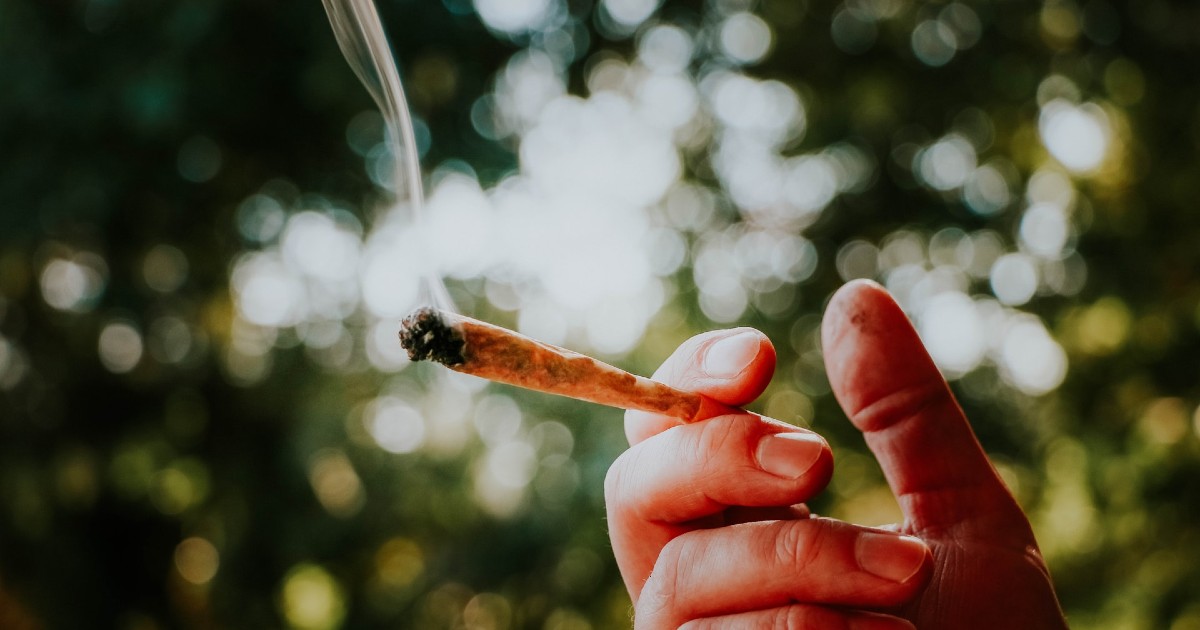 Image description: A hand holding a smoking blunt, on a green background.

The Amsterdam city council recently made headlines with a proposal to ban foreign tourists from visiting the city’s world-famous coffeeshops. These establishments, which use the name as a euphemism for cannabis dispensaries, have long been a part of Amsterdam’s international identity, to the resentment of some locals. Though the policy is not unprecedented, and in fact would bring Amsterdam into line with most other Dutch cities, there has been far more resistance there than anywhere else in the country to these proposed laws.

First, to understand the ban, it is necessary to understand what coffeeshops are. The concept comes from a loophole in Dutch anti-drug legislation, which decriminalises the possession and consumption of cannabis as a “soft drug”, while still banning its sale and commercial production.

As a result, coffeeshops are allowed to sell the substance, but somewhat paradoxically, they are not allowed to buy or grow it. This means there is effectively a back door for drug dealers in the Netherlands, which has led to significant controversy over whether it should be regulated, ignored, or fully criminalised. The legal grey area has also meant coffeeshops are frequently associated with organised crime.

Another set of issues come from the role of drug tourism. Many Amsterdam residents strongly resent the international image of its coffeeshops and red-light district, while the city government has coupled its anti-coffeeshop push with an increased focus on the capital’s rich artistic heritage. The behaviour of typical coffeeshop customers has also drawn campaigners’ ire, as they are frequently stereotyped as rowdy backpackers. Combined with the support from police and prosecutors, and with a socially conservative national government in power, the future of Amsterdam’s coffeeshops is uncertain at best.

On the other hand, the coffeeshop model does have its advantages for the country. Dutch policy distinguishes between hard and soft drugs, aiming to control and regulate the use of soft drugs while cracking down on genuinely dangerous or highly addictive hard drugs. Coffeeshops are part of this pragmatic system, and restrictions on advertising mean they can do little to directly promote the sale of their product anyway.

Coffeeshops are themselves a pragmatic response to the difficult, unsafe nature of trying to police soft drugs.

Additionally, while customers’ behaviour might stem partially from the availability of cannabis, it also comes from the city’s place as a major destination for budget flights, and its cheap hostels. If these factors stay, it is unlikely that the rowdy backpackers will disappear entirely.

Moreover, while the perceived indignity of being associated with drug tourism certainly matters, the proposed measures would cut off a large segment of the country’s visitors, effectively wiping out the hundreds of coffeeshops which rely on tourist consumption. It is true that Amsterdam has a great many attractions that have no relation to cannabis. Unfortunately, none of them constitute quite the unique selling point as the country’s world-famous drug culture.

The idea of “drug tourism” portrays coffeeshop customers as hedonistic backpackers, disinterested in the other aspects of Amsterdam’s rich cultural heritage and failing to contribute to the wider tourist economy. Such portrayals are vastly oversimplified. Drug tourists still eat; indeed, if anything their cannabis consumption makes them more likely to visit local restaurants and shops.

Another issue is whether such a ban would even mean the end of drug tourism. Law enforcement officials in Amsterdam have backed the measures, believing that the contradictory laws behind coffeeshops make it extremely difficult to effectively enforce drug restrictions. Yet the alternative is no easier. Coffeeshops are themselves a pragmatic response to the difficult, unsafe nature of trying to police soft drugs. The fact they have to illegally buy their supplies to then sell them legally is not proof that their business model is crime-friendly, it is proof that Dutch drug restrictions are nonsensical, and that the prohibition of cannabis growers is outdated. Existing ties between coffeeshops and drug smugglers exist as a result of prohibition, and if the city tries to crack down on the coffeeshops it is far more likely to lead to dubious, hard-to-police workarounds than anything else.

What the proposed ban on tourists using coffeeshops really represents, more than an actual attempt to restore the dignity of the city, is a wrongheaded prohibition measure advanced by a right-wing government which has, historically, tried to kill coffeeshops where possible. It will not make enforcing drug laws easier. It will destroy a valuable part of the city’s economy, severely impact many other parts, and most likely increase proliferation of illegal drugs. It will not bring in more visitors to the city’s cultural attractions, or draw attention to the historic homes of Rembrandt and Anne Frank. Instead, it will massively curtail the number of visitors, hampering a tourism industry already reeling from impact of the COVID-19 pandemic.

What the proposed ban really represents, more than an actual attempt to restore the dignity of the city, is a wrongheaded prohibition measure advanced by a right-wing government which has, historically, tried to kill coffeeshops where possible.

That fact that the city government has tried to push this is especially absurd given that, at the same time, many other Dutch cities are running pilot schemes where they let coffeeshops or approved commercial growers produce their own cannabis. Ultimately the proposed law represents a nonsensical policy, and one which will cause enormous harm for very little tangible gain.