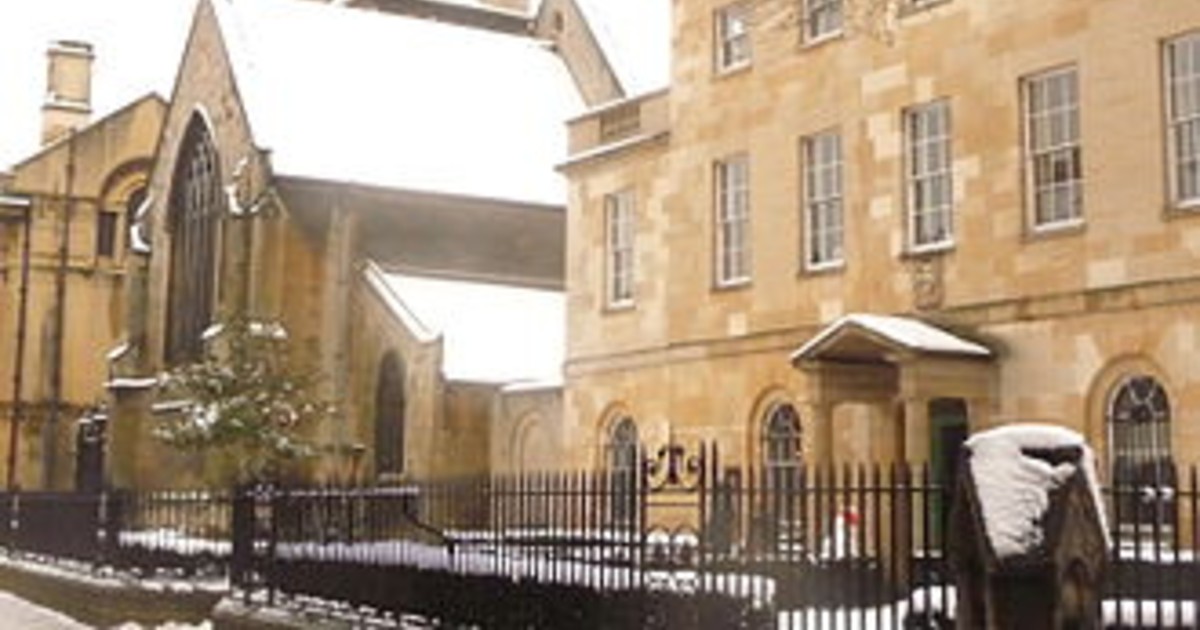 Image description: St Peter’s College with a dusting of snow.

JCRs including Lincoln, Wadham and Keble have now passed motions to join St Peter’s JCR in standing against the event held with Ken Loach on Monday night. This follows the meeting that took place simultaneously to the event at St Peter’s where the students voted to condemn the event being held despite the concerns raised directly with the Master of the college by a large number of students.

Oxford University Jewish Society (JSoc) have also written that after their statement on the matter was shared by Roger Waters, a famous musician, their social media has become the target of online abuse. They are now in contact with the Community Security Trust (CST), which helps to collect evidence of antisemitism.

The hashag ‘stand with Ken Loach’ was trending throughout Tuesday in the UK, and has been used by public figures such as John McDonnell and John Bishop. A statement posted on “Artists for Palestine UK” characterised the discussions around Loach’s attendance as “Mcarthyite”. Others in the University have also supported Loach. Avi Shlaim, Emeritus Professor of International Affairs at St Anthony’s college has stated that Ken Loach is “completely innocent” and that “the attack on his is an attach [sic] on freedom of expression which has no place in an academic institution”.

Meanwhile in an email to St Peter’s students, the Master of the college, Professor Buchanan wrote that she was “deeply sorry for the hurt caused to students as a result of the event on Monday and as a result of other conversations around it.  I know how rocked many of you have been and I do not take this lightly.  And I am truly sorry for my part in that.”

She was also keen to note that she had not meant to “imply any particular or identifiable group within College had been seeking a no-platform” in her previous statement which cited the university’s position on no-platforming.

She further noted that the invitation had been extended to Loach “ahead of knowing the intense controversy now surrounding him, not despite it”. Buchanan continued: “Should I have been aware of the wider context? Yes, I should – and it is on me that I wasn’t. Lesson learned.” She wrote that she had taken safeguarding advice on how best to manage the event was clear that the discussion should be kept to the originally advertised intention – discussing the films – to avoid creating extra pain: “I deliberately and consciously did not mention specifically what the controversy was in order to avoid then moving into a debate about it in ways I had been explicitly advised not to do. That would have turned the event into a very different thing”.

She is now “keen for us to find ways forward as productively as possible, crucially for Jewish students who have been carrying the central pain of this, but for the wider community also”. Discussions surrounding what other events could be held and how a productive conversation could be had are ongoing. Following a letter, she will be meeting with the government’s independent antisemitism advisor next week. Professor Buchanan also noted that the college should “clearly” find a way to commemorate International Holocaust Memorial Day, after not holding any events regarding it this year.

In a comment to the Telegraph, Loach wrote: “These recycled accusations are false and based on persistent misrepresentation and distortion. I am returning from a family funeral and will respond more fully in due course, with questions for those making these oft-repeated allegations, which in the past they have always failed to answer”.