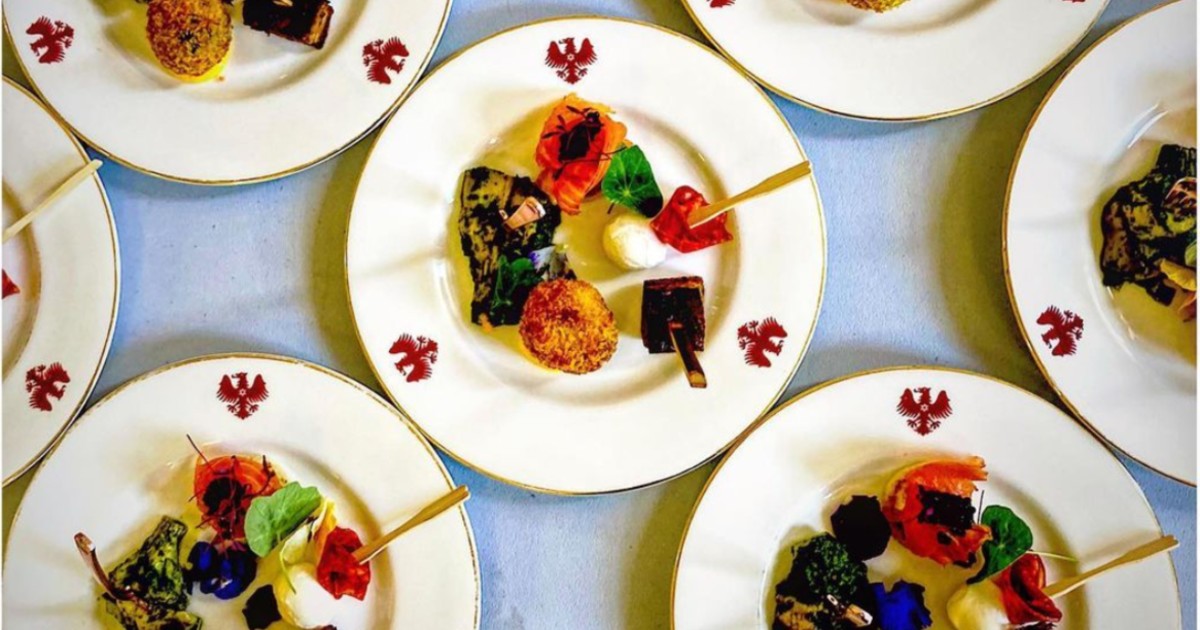 Since Sean Ducie took up the position of Head Chef at Queen’s College in the summer, his cooking style has made itself felt through gradual changes towards sustainability. I sat down with Sean to discuss his approach to plant-based cooking and his plans for taking environmentally-friendly practices in the kitchen further at Queen’s.

When did your interest in sustainability and plant-based cooking start, and what inspired it?

Probably in the last couple of years. My job as head chef in the event industry meant we worked a lot with the colleges, and we would see that people wanted their diets to be more plant-based and more ethical. We were getting a lot of dietary requests such as vegan or gluten-free, and we wanted to find a way to cater for them more easily while giving the food a fine-dining element and still not offering the customers a lesser dish. We looked at how we recycled rubbish, how we handled food waste, and how we could incorporate more plants into our cooking. That really sparked my interest, and my whole family did Veganuary last year to see what it would be like – it went really well! When I started my job at Queens, it was a bonus that they were also starting to push in that direction. The Senior Tutor set out a new food policy that aims to be more sustainable and ethical – its implementation has been postponed because of the pandemic, but we’ll get back to that.

What kind of things is Queen’s doing to be more sustainable?

We’re very conscious of the food waste and are trying to cut down on that. We’ve gotten very good at recycling, but it’s hard to see fully because we haven’t been in full swing yet – I’ll be interested to see how that develops further down the line. With the pandemic, there’s been a lot more takeaway packaging, but we get Vegware, which is all biodegradable. It’s not ideal, but in the current climate it’s a necessity because not everyone feels comfortable eating in hall. We also try to work in a cleaner way – we only use electricity, not gas, in the Queen’s kitchen, and take care to ensure it’s only on when we’re working. In terms of the food, we’ve been reducing the portion of meat and emphasising vegetables in the dish instead – it comes down to better cookery of vegetables and plant-based food. I know some of the colleges have been told not to use beef or lamb, but I don’t like telling people that they can’t have something – I’d rather produce alternative dishes that are more appealing. One meat-free day a week sounds good, though, and I’d be open to that. We’ll see if that’s something people want.

How do you go about adapting recipes to a vegan diet? What ingredients do you use?

I use quite a lot of pulses and beans to add protein to dishes to make sure there’s plenty of protein and nobody’s missing out. For example, if you replace the meat in a chilli with several different kinds of beans, there’s very little difference in the flavour and the same amount of protein. Same with cottage pie – I use lentils, which is a lot better for the environment, as well as very healthy. I also love cooking and eating vegetables, and there are a lot of things you can do with them; for example, you don’t have to boil carrots, you can just roast them in the skin and then peel to release the sweetness, and you can chargrill cauliflower or broccoli for a smoky flavour. One way to make vegetables more appealing is by using lots of spices – one of my favourites is tikka-marinated cauliflower. I’ve used a bit of Quorn, but it’s not amazing. Neither are most commercial meat substitutes, but I do cook with them every so often. We’ve got fish and chips on the menu, so we use battered vegan sausages for the vegan option. I quite like tofu, though – I’ve experimented with different types. There’s another similar product, a fermented bean curd, but it wasn’t quite right to use in college because it doesn’t have a very long shelf life. It’s more suitable for special occasions.

How do you choose suppliers and make sure your supply chains are sustainable?

I’ve been working with most of my suppliers for a long time and I know where they’re getting their products – I’ve been to the premises to make sure everything is up to standard. I make an emphasis on cooking seasonally, and I like to use local suppliers and get fresh products from as close as possible wherever I can to try and cut down on the food miles – for example, I buy from the local butchery in Oxford and get locally grown fruit and vegetables. For fish, we use a very good supplier that’s based in Cornwall, and we always make sure it’s sustainably fished.

I haven’t really had any, and that definitely has to do with people’s mentality. People these days want to eat in a more sustainable and ethical way and are much more open to it than even five years ago. I’ve noticed that students are also very on board with trying to save the planet and being sustainable, and they’re trying to eat better. What’s really important is giving people a choice and offering good vegetarian and vegan options that are just as tasty as the meat dish.