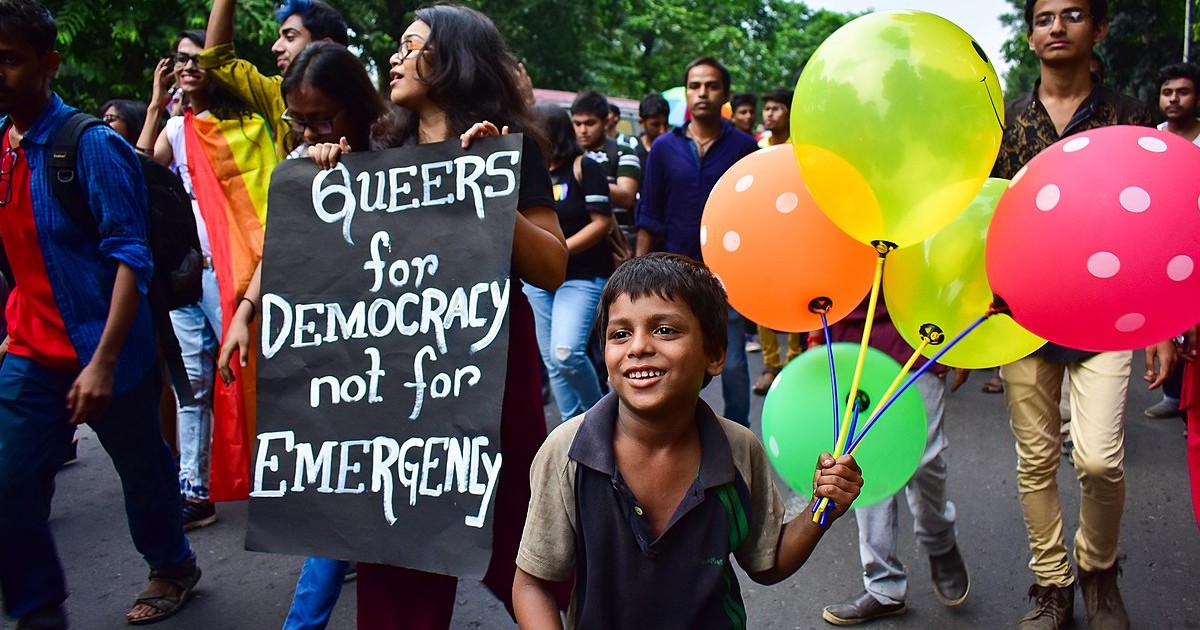 How has Colonialism impacted the LGBTQ+ Community?

When I recently attended the hustings for the OULGBT society, there was a lot of talk about how marginalised students (people of colour and trans students) within the community felt as though they didn’t belong in the wider society.

It’s true. In community spaces that you should ostensibly belong to, it often feels like you’re forced to decide whether to expose yourself to racism on one side or to homophobia on the other. Making me choose between a rock and a hard place? Well then…

Immigrant communities tend to have a reputation for being homophobic. People cite incidents like the 2019 protests against LGBTQ+ inclusive relationship and sex education (RSE) that started in Birmingham. A quick look at legislation shows how such opinions arise: There are no European countries where being gay is outright illegal but in plenty of African and Asian countries it is considered a crime. According to a 2019 opinion poll, around 50% of the Indian population opposed same sex relationships.

In many cases colonialism and external impact are the only reason for the mistreatment of queer people in our communities.

Unfortunately, discussions tend to come with a sort of racist finger pointing. The assumption is that our communities are backward, feeding into the idea that the westerners are inherently more progressive, while people from other countries are cultural savages. Upholding an insidious element of white supremacy, some people conveniently ignore that in many cases colonialism and external impact are the only reason for the mistreatment of queer people in our communities. The list of these cases being endless, I, as an Indian person myself, am going to discuss the situation in India.

As a major driving force behind most of 19th and 20th century history, colonialism has greatly changed the image of queer people in India. Throughout pre-1700s Indian history, there’s ample evidence that homosexuals have been treated no differently from their heterosexual counterparts. For instance, the Kama Sutra has an entire chapter on homosexual sex positions and supports the existence of trans and non-binary people. Since ancient times, Kinnar (more commonly referred to as Hijra) have been recognised as a third gender. So what changed?

British colonial rule in India introduced Section 377, a law that criminalised sexual acts ‘against the order of nature’. This was based on the 1533 buggery act, and although it never explicitly mentioned homosexuality, it has historically been interpreted that way. In terms of legislation, this was one of the most long-lasting in former colonies. The British also cracked down on the transgender population, labelling the Kinnar an ‘unlawful tribe’ in 1871.

The scars left by colonialism were deeply embedded into the cultural fabric of the country.

India gained her independence in 1947, but the law remained in force until 2018 – more than 70 years afterwards. Section 377 was overturned due to a huge amount of grassroots organising and tireless activists from all walks of life. It is also worth noting that progress was not linear. In 2009, the Naz foundation (an HIV/AIDS charity) managed to have the law suspended, but it was already reinstated in 2013. The overall cultural damage cannot be underestimated. The scars left by colonialism were deeply embedded into the cultural fabric of the country.

There is still much to be done to eradicate the colonial legacy of hostility towards queer people in India. In terms of politics, activists like Jaya Sharma, founder of the NGO Nirantar, deal with LGBTQ+ and feminist issues. On a cultural level, there are people like Leena Manimekalai, an independent filmmaker and poet who has documented the struggle of two trans women trying to rent a flat in Chennai in her film ‘Is it too much to ask?’. Things do seem to be getting better. High-profile personalities who have come out, such as Menaka Guruswamy and Arundhati Katju (two of the lawyers who played a key role in opposing Section 377), are another major step in the right direction.

People like to talk about colonialism as if it were a thing of the past, long forgotten. The truth, as always, is far more complicated. LGBTQ+ rights in formerly colonised countries are massively impacted by colonialism to this day. Until we are able to confront and undo that, both native and diaspora populations are going to suffer for it.