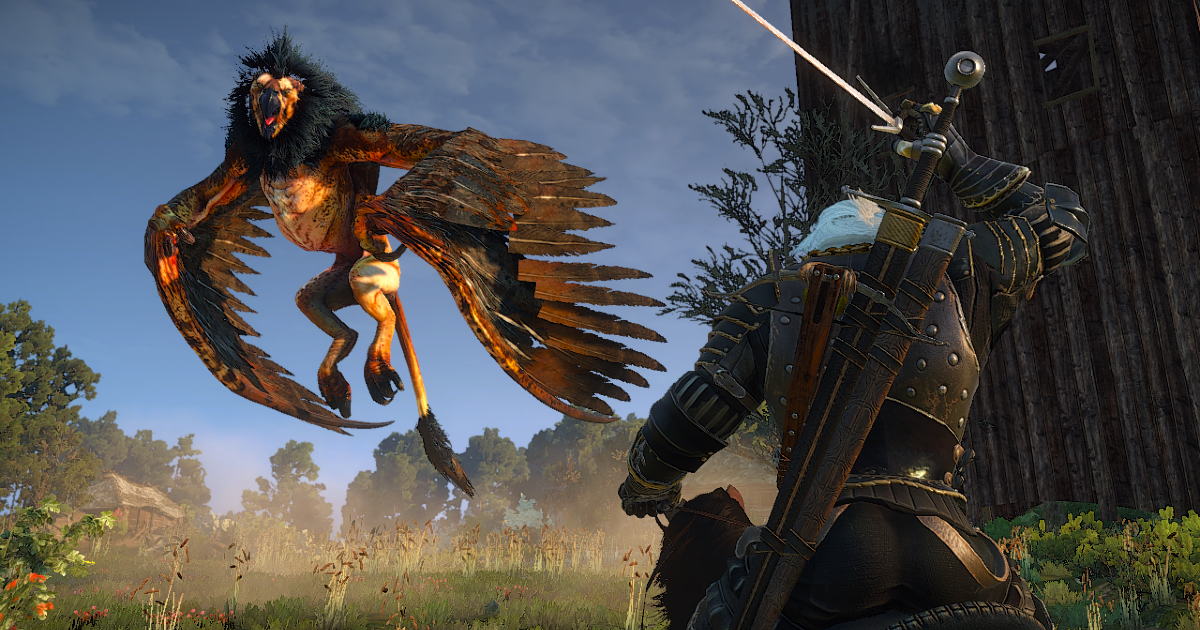 The Witcher 3: an overhyped disappointment

Released in 2015, The Witcher 3 is the latest instalment in The Witcher franchise from CD Projekt Red. Many consider this game to be the definitive RPG experience, and it will almost always make the top five in any ‘Best Games of the Last Generation’ list, if not taking the top spot. The game is well-loved, receiving hundreds of awards, and helping to encourage the production of a Netflix series based on the books.

I should say at this point that I have completed the game, its DLCs, and sunk nearly two hundred hours into it, and yet I find myself detached from this consensus. The Witcher 3 is not a bad game, but has huge glaring faults which make it difficult to understand the hype.

I started my Witcher experience with The Witcher 2, a similarly acclaimed game – albeit to a lesser degree – and one I have a similarly lukewarm reaction to. Centralised around three different ‘hub’ areas in the game’s three acts, The Witcher 2 has a mind-numbing amount of walking back-and-forth from these hubs down the same uneventful paths. This feature was luckily fixed in The Witcher 3 through the transition to an open world, however many of its other problems remain.

The main culprit making The Witcher 3 unenjoyable is its clunky gameplay: starting with the basics of movement. Geralt, the protagonist of the game, is not an easy man to control. His movement was so unintuitive that an alternative control method had to be patched in, but you must still be careful in high spaces, as it is far too easy to accidently walk straight off the edge and, coupled with an unforgiving fall damage system, end up facing a ‘Game Over’ screen.

Geralt’s horse, Roach, handles even more poorly, feeling more like a buggy tank than a graceful horse. Traversal is a huge part of any game, and struggling to get Geralt to walk up stairs gets increasingly infuriating.

The combat is similarly disappointing, and borderline repetitive. You do have signs (abilities) you may use, and potions and bombs, but your swords are your main weapons, and most often the only ones you need. Most enemies you face will require the same repetitive loop of slashing and dodging, hardly requiring any of the other combat options you have at your disposal, unless playing at the hardest difficulty. Monsters rarely attack in a way which requires you to think tactically about your combat technique.

Many excuse the gameplay, as the story and world are what allows the game to shine. But good gameplay is what separates games from other media, making them enjoyable and drawing you into the story by immersing you in the world and letting you engage and empathise with the protagonist. Why suffer through mediocre gameplay for a good story when the books and TV show are available instead? Good games need good gameplay.

Monsters rarely attack in a way which requires you to think tactically about your combat technique.

Having said that, the strongest aspects of the game are undoubtedly its world and story. Based on the series of books by Andrzej Sapkowski, the Continent is a rich medieval and fantasy inspired game-world. From intricate politics, to a variety of creative monsters, to engaging and well-defined characters, it becomes all too easy to lose yourself in the world of the Continent.

It’s such a shame that so many of these details are hidden away in a glossary section in the game’s menu. The adage ‘Show, Don’t Tell’ comes to mind here: good luck understanding Geralt’s relationship with any character without taking yourself out of the game to read a wall of text explaining their past.

This is undoubtedly part of the problem of creating a video game series set canonically after the end of a book series, but sitting and reading page after page of glossary entries does not seem to be the solution, especially if you’re playing on a TV in a living room, or have poor eyesight, as you strain to understand why you should care about any of the characters Geralt claims to know.

That being said, once you do understand some of the basics of the game world, it is an absolute joy to roam around. It is beautifully designed, with a variety of environments across the different playable areas of Velen, Novigrad, and the Skellige Isles. The side quests are also unmatched by most comparable games.

Whether it’s assisting in a political conspiracy, or investigating a mysterious tower which has appeared just outside a village, or helping a dead spirit leave the mortal world, you can always feel the time and passion which has been put into each of these optional extras. Not to mention the addictive Gwent card minigame littered throughout the world.

The main story itself is, for the most part, a well-crafted narrative which takes you through Velen, Novigrad, and the Skellige Isles, meeting a whole host of interesting allies and enemies, with choices and consequences which make each playthrough special. Perhaps overly long to keep many gamers engaged, but I certainly enjoyed the game most when I was lost in its narrative.

Once you do understand some of the basics of the game world, it is an absolute joy to roam around

But The Witcher 3 falls victim to a wider problem with RPG open-world stories: urgency. The main thrust of the story revolves around Geralt desperately trying to find his adoptive daughter Ciri who is being hunted down by other-worldly beings known as the Wild Hunt. Given the urgency of the situation, why would Geralt spend days upon days collecting Gwent cards around the Continent?

This is hardly just a problem with The Witcher 3. Another egregious example is Fallout 4, the main story of which revolves around you trying to find your lost son. Game developers create these amazing worlds which encourage exploration, and side quests, yet provide you with a main quest which, if you are taking the ‘RP’ of RPG seriously, would see you rush through to completion.

Perhaps I am being too harsh on the game as the years of hype could never live up to what I had built in my head. However, when I see criticism launched at CD Projekt Red’s latest endeavour, Cyberpunk 2077, for what seems to be the same issues I have with The Witcher 3, I find the unwavering support for the latter confusing.

If you are going to have a 50 hour-long story, it should be fun to play and its core concepts should be easily understandable. The best games of a generation should bring more to the table than a good story in an established universe.