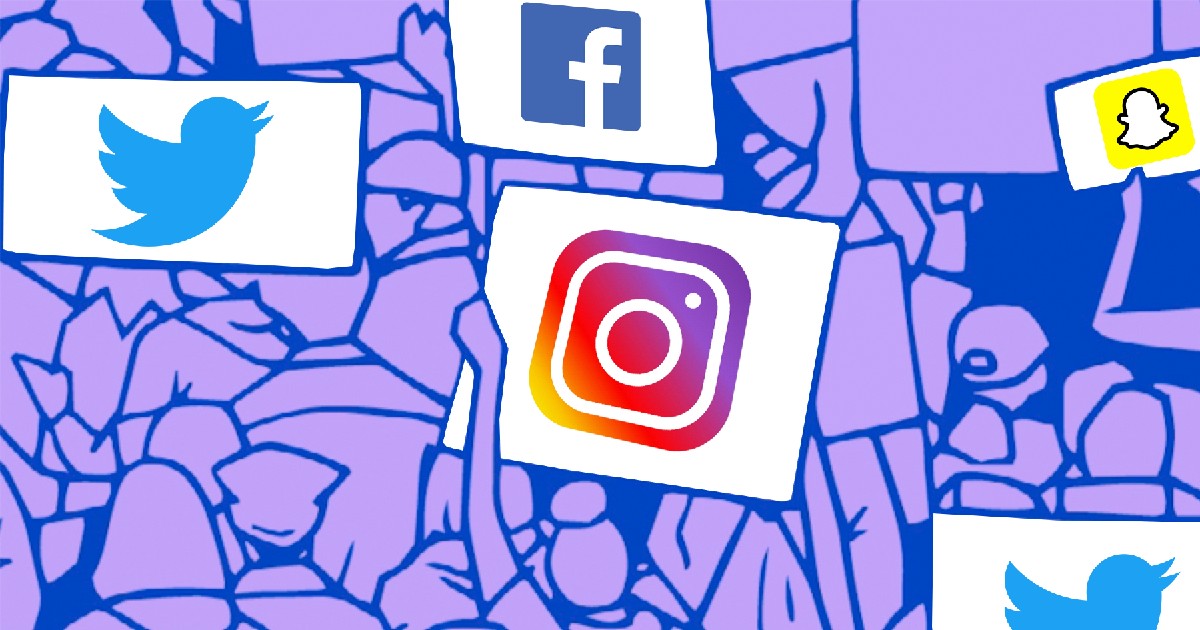 This week our columnists discuss the pitfalls and triumphs of social media, and whether it should be more strongly regulated…

Clara Morrissey is a second year Theology student at Keble, and our On the Right columnist.

A dialogue taken from George Orwell’s 1984 between Winston Smith and a member of the Party:

“You are a slow learner, Winston.”

It’s 1984 and Big Brother is watching. War is peace, freedom is slavery, and ignorance is strength. The Thought Police, now known by the name of “Twitter”, threaten to silence all those who dare to think.

It should come as no surprise when I tell you that in the same month that Donald Trump was banned from Twitter, George Orwell’s 1984 topped the best seller list on Amazon. The social media platform’s decision displays all the tell-tale signs of Orwell’s dystopian fiction coming to life.

Justifying the ban, Twitter stated: “After close review of recent Tweets from the @realDonaldTrump account and the context around them – specifically how they are received and interpreted on and off Twitter – we have permanently suspended the account due to the risk of further incitement of violence.” Notice the emphasis is on how Trump’s tweets were received and interpreted as opposed to the content of the tweets themselves. The message is loud and clear: if Twitter says that a tweet incites violence, then that is exactly what it does. They are justified in permanently removing the user from their platform. No questions asked.

Now don’t get me wrong, I think Trump’s tweets were inflammatory and don’t condone what he said. But one would be mistaken in thinking that this is just about individual tweets. It is part of a wider trend that says that the best way to deal with our enemies is to silence them. Crucially, it shows that Twitter has the power to take anyone off its platform if it so wishes. In January it was the former President of the United States, but who’s to say it couldn’t one day be you or I?

The fact is that social media is quickly taking on more powers than any government in history. They control our relationships, what we spend our money on, the news we read and the entertainment we watch. In 280 characters or less, a tweet can get someone fired from their job, change election outcomes, cause mass protests on the streets, and have the President of the United States permanently deplatformed. And if Twitter can do all this, can limit the speech of the most powerful man in America, perhaps in the entire world, then who’s to say what else it can do?

Let’s not kid ourselves that Big Brother will arrive in the form of some totalitarian government. I hate to break it to you, but he’s already here. His name is Twitter, and if we care anything at all about the freedom we have to speak – nay, to think – we need to wake up to what is happening before it’s too late. If it takes buying yourself another copy of 1984, so be it. In the meantime, let’s put fiction back where it belongs – on the pages of Orwell’s novel.

Dan Harrison is a first year History and Politics student at Worcester, and our On the Left columnist.

Whenever we debate the issue of regulating freedom of speech on social media, we must begin with John Stuart Mill. Because he was wrong.

In ‘On Liberty,’ he argued that individuals should have the absolute right to freedom regarding virtually all expression. The only condition for Mill under which freedom of expression can be limited is when an opinion may lead to violence against others. He believed that even if a viewpoint caused grave offence or emotional distress, these were not grounds on which to restrict freedom of expression.

Mill was right to celebrate the benefits of freedom of speech, but he was too eager to create an inviolable sphere of individual liberty. What about hate speech? It consists of slurs and epithets used to subordinate people on account of their personal characteristics such as their race and gender. The consequences of it can harm an individual’s development far more than Mill believed.

On social media today, hate speech festers like an odious stench. Its consequences can involve serious psychological problems. Victims of such abuse feel anxious, insecure, fearful. Many forms of hate speech tacitly draw on a history of violence against certain groups. The language often invokes memories of persecution and encourages fears of violence today. This is more than mere offence or distress. Hate speech is about treating an individual as though their interests are intrinsically less valuable: their life inherently less worthy. All social media platforms should adopt a zero-tolerance approach to hate speech. Yet Gab, which has 3.4 million users and has recently been used by Donald Trump to break his social media silence, has been repeatedly accused of promoting hate speech. If social media companies will not act, governments must.

Some will say that regulations of freedom of speech can be cited as a precedent for sweeping, illiberal restrictions. Yet narrowly focused rules on proscribing hate speech and the incitement of violence will not serve as effective precedents for an aspiring censor. Some will say that the authorities cannot be trusted with the impartial enforcement of regulations. Yet that is why all social media companies must be given the opportunity to act first to strengthen their rules of conduct. Failing that, governments should empower independent regulators, such as Ofcom, to create their own regulations. Some may even venture to say that regulation of freedom of speech online represents the first tentative step towards totalitarianism. Yet the UK, Germany and France have gone much further than the US in regulating hate speech and despite our current woes, we are thankfully nowhere near becoming a totalitarian state.

The most recent case of controversy has been over Donald Trump. Surprised? Twitter was right to ban Trump because his tweets incited violence. The argument that Twitter violated his right to freedom of speech is a straw man, because he is still free to go on Fox News or establish his own social media platform. Twitter has not silenced him, which would be wrong. Yet where I can find common ground with libertarians is that Trump should not be permanently banned, because such a response treats wrongdoers as beyond reform. Trump may be too great a challenge for a rehabilitation scheme, but that may not be the case for others, who may be ill-informed.

In order to create a safe space online, governments must not be silent. In 2020, the House of Lords Committee on democracy and digital technologies published a report on regulating social media. Its recommendations should be included, starting with the use of fines against digital firms who fail in their duty of care. Social media can be a tool of enlightenment, so we must make sure it is.