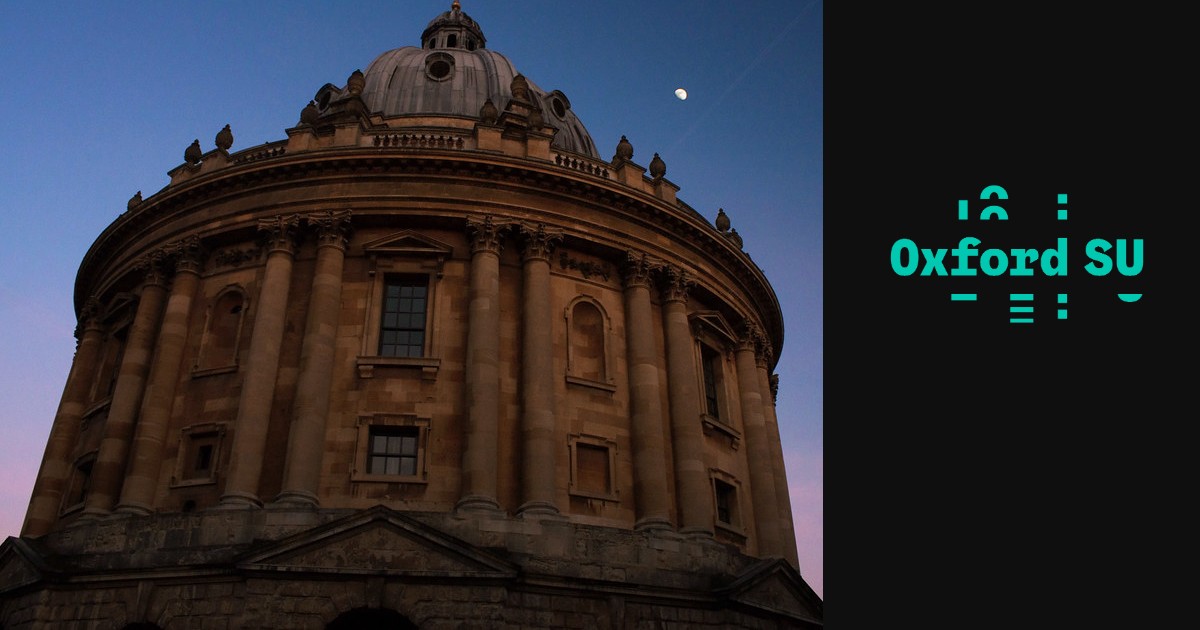 Image description: a moonlit radcam and the SU logo beside it.

Rashmi Samant, the President-Elect of the Oxford Student Union, has announced she is stepping down from her position following widespread criticism. This comes following a statement from the current Sabbatical Officers of the Student Union, in which they ‘sincerely apologised’ for the ‘hurt and discomfort’ caused by actions of the President-Elect.

“Oxford SU has a no-tolerance policy towards discrimination. Racism, transphobia, and antisemitism have no place in our organisation.”

As reported by the Oxford Student, Samant has faced condemnation from JCRs and SU campaigns following a series of controversial statements, which included several social media posts described as both ‘racist’ and ‘insensitive’. These included a holocaust pun on a post about visiting the Berlin Holocaust Memorial in 2017 and an Instagram caption on a picture of herself in Malaysia that read “Ching Chang”. Samant attracted criticism for a campaign post caption that separated women and trans women.

In response, the Oxford Campaign for Racial Awareness and Equality (CRAE) and the LGBTQ+ campaign both called publicly for Samant to stand down from her recently elected position.

Earlier today, the Oxford Student published Samant’s official response to the growing controversy, where she wrote:

“The chance to correct our mistakes and grow beyond limitations are the best gifts an individual may attain from fellow human beings.”

However, it can now be revealed that Samant has decided to step down from her position as President-Elect, which she did earlier today on her personal Facebook profile. In this brief statement, Samant said:

“In light of the recent events surrounding my election to the Presidency of the Oxford SU, I believe it is best for me to step down from the role. It has been an honour to be your President-elect”.

The Student Union and Rashmi Samant, the former President-Elect, have been approached for comment.