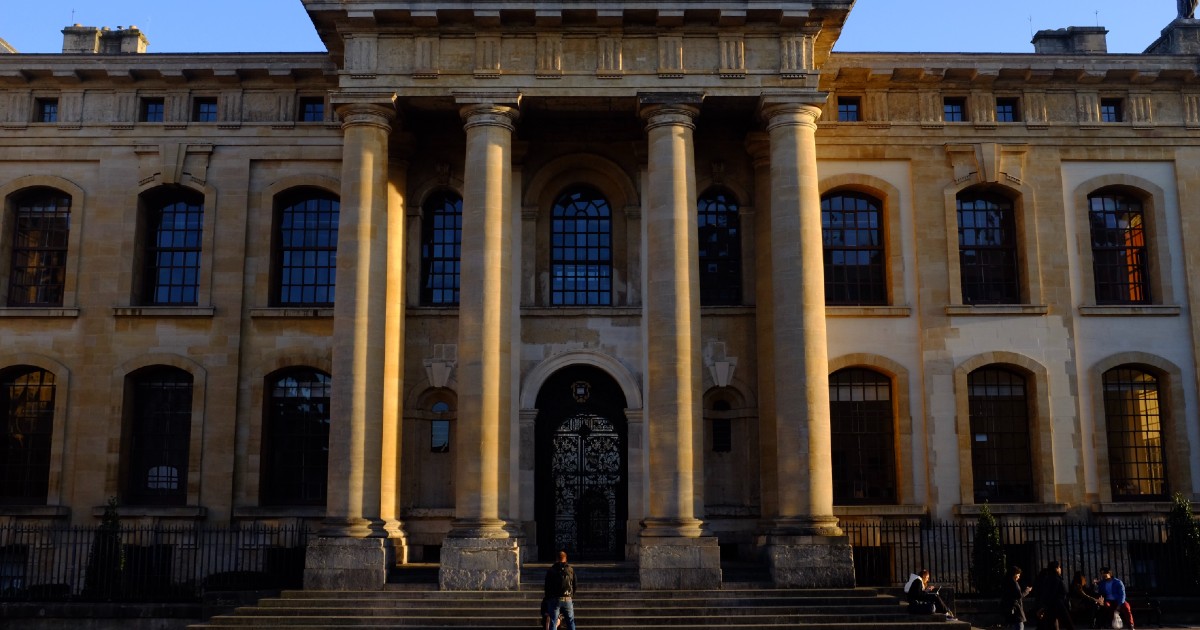 Image Description: A picture of the front of the Bodleian library.

Rashmi Samant, who recently won her campaign for the Oxford Student Union presidency, has released an open to respond to criticism surrounding controversial statements she has made in the past.

In the letter, Samant says:

“Though the recent developments might make it hard for you to believe the sincerity of my apologies, it deeply pained me to note that I have lost the trust that the student community reposed in me with their votes and belief in my manifesto owing to my mistakes.”

“Regrettably, I alienated people within our wonderful student community to the extent that they deem me unfit to be the leader they rightfully deserve. I sincerely apologise to every student who has been hurt by my actions or words and seek a chance to gain your trust in me again.”

The Oxford Campaign for Racial Awareness and Equality (CRAE) has condemned the President-Elect of the Student Union after it emerged that she had posted several problematic social media posts, including ones that have been criticised as racist and antisemitic. The newly elected President has also faced criticism from other campaigns and JCRs.

In a post on Facebook, the campaign recommended that Rashmi Samant, the newly elected Student Union President, stand down from her position:

“CRAE is greatly concerned by the actions of the current SU President-Elect which have recently been brought to light. Unfortunately it is sometimes the case in student politics at Oxford that misconduct by those seeking election is uncovered or fabricated for the political gain of others. In this instance, there is clear evidence of wrongdoing and no suggestion of malicious intent; as such, CRAE is confident in its firm recommendation that the President-Elect should stand down from her position.”

“If Ms. Samant truly intends to grow, self-educate, and better herself, she must show remorse and recognise that she is not currently capable of representing the groups to whom she has caused offence. As such, we expect her immediate letter of resignation and a formal apology to the East-Asian, Jewish, and trans communities.”

Samant has in recent days faced severe criticism from students after it emerged that she had made several racist comments on social media posts, including making a holocaust pun on a post about visiting the Berlin Holocaust Memorial in 2017. Samant has also been criticised for an Instagram caption on a picture of herself in Malaysia that read “Ching Chang”.

During an event hosted by The Oxford Blue on the 8th February 2021, Samant commented on the ongoing controversy surrounding the statue of Cecil Rhodes, making a direct comparison with Hitler: “If an organisation would come up to you and give you a heap of money to set up a scholarship and say ‘I want to name this the Hitler fund or the Hitler scholarship’, would you do it?”

This comes alongside criticisms of transphobia due to a campaign post caption that separated women and trans women. The Oxford LGBTQ+ campaign has also called for her immediate resignation.

“The LGBTQ+ Campaign is equally alarmed by the recent revelations about the Oxford SU President-Elect. Although we understand that her remarks on the trans community may have come from a place of ignorance, we find her repeated insensitivity to race and her unwillingness to apologise when called out for this far more concerning. The LGBTQ+ Campaign stands in complete solidarity with CRAE, and with all students of colour on this issue, and affirms the need for her to step down and make an immediate, formal apology.”

JCRs have also condemned the recent revelations. In a meeting held yesterday afternoon at Wadham, the President-Elect was criticised for a lacklustre apology, with attendees at the meeting emphasising that she had been given many opportunities to apologise.

Samant’s recent election had been praised in Indian media as she is the first Indian woman to be elected to the position.

In concluding her letter, Samant writes:

“The chance to correct our mistakes and grow beyond limitations are the best gifts an individual may attain from fellow human beings.”

Any impeachment proceeding would have to pass no-confidence motions at two consecutive Student Councils, which are held biweekly throughout term. Students who tried to submit an emergency vote of no-confidence motion before the deadline for the meeting in fifth week were told that they would be unable to do so. This is because the Student Union’s governing documents are unclear on whether the President-Elect can be given such short notice of a motion of no confidence. It is likely the earliest vote on the future of the President-Elect will be held in seventh week.

Below is a full transcript of the letter:

I begin this letter with a heartfelt apology to the entire student community at the University of Oxford. Though the recent developments might make it hard for you to believe the sincerity of my apologies, it deeply pained me to note that I have lost the trust that the student community reposed in me with their votes and belief in my manifesto owing to my mistakes. Regrettably, I alienated people within our wonderful student community to the extent that they deem me unfit to be the leader they rightfully deserve. I sincerely apologise to every student who has been hurt by my actions or words and seek a chance to gain your trust in me again.

I fully acknowledge my shortcomings over the years and the past few days in my capacity as President-elect. I come to you with an apology and a willingness to learn. I earnestly seek your help in making amends for my mistakes. I urge you to trust me that I care very deeply for this community, which has given me a wonderful student experience over the past few months that I have been here. I have learnt tremendously to say the least but my learning is nowhere near complete. I will personally reach out to each community over the next few days and make the utmost efforts to unlearn and relearn nuances of every diverse community so that when it is my time to assume the role of President, I will be the person this community deserves.

When I take on the role in June, I would expect nothing less but the highest amount of scrutiny and inspection of my every move as your representative and would carry out the responsibility solely on the dignity and the merit of the position.

I come to you seeking forgiveness for the mistakes and acceptance for my willingness to learn from them. It comes after a prolonged silence from my end since I have had to fly back home to deal with a personal crisis. The chance to correct our mistakes and grow beyond limitations are the best gifts an individual may attain from fellow human beings. My belief in this community leaves me hopeful of one and I look forward to be a part of a better world.

With Regret and utmost Willingness