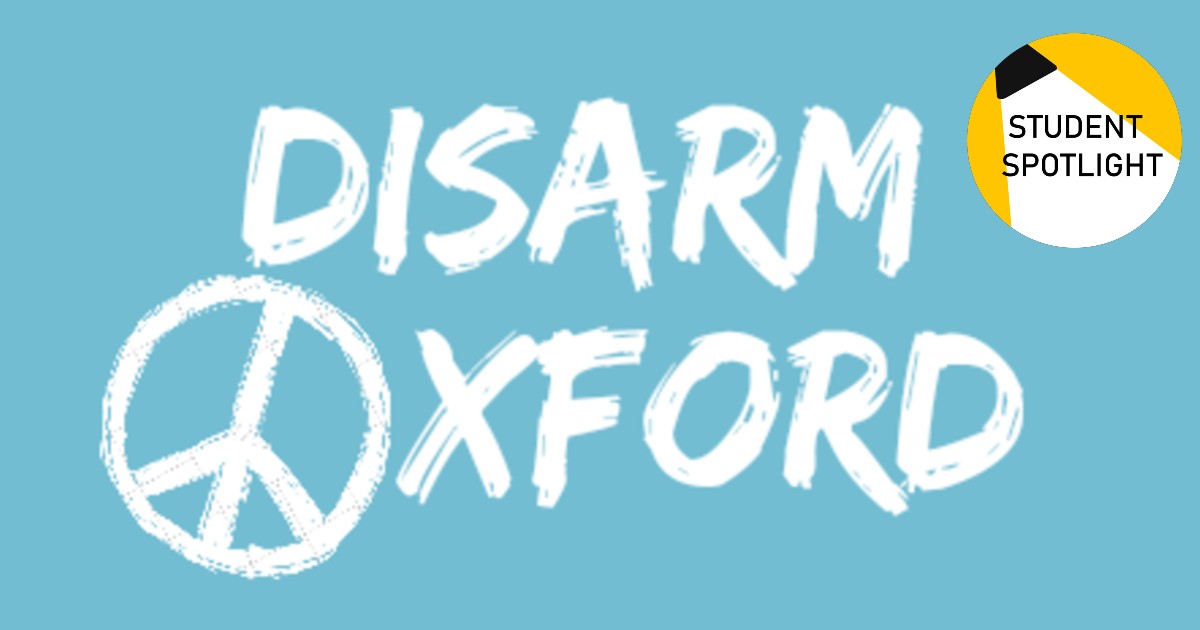 We spoke to the members of Disarm Oxford about their activism over the past couple of terms, and why there is a need for disarmament.

Disarm Oxford is a new student activist group, formed in Michaelmas 2020, which aims to cut the numerous ties between arms companies and the central University, departments, and Colleges. We want to end research relationships with arms companies, get the University to drop its weapons investments and to quit advertising jobs and internships in this industry. We communicate to the University through motions, investigative reporting, and direct action that this complicity in destruction and suffering is not acceptable.

The University of Oxford has a variety of insidious connections with arms companies which are fuelling wars and humanitarian crises across the world and being used to perpetrate war crimes. Within the last three years alone, the University has taken over £6 million from weapons producers Rolls Royce, and Oxford’s research grants active in 2019 include over £80 million paired with the MoD. The Physics department openly advertises undergraduate projects with the Atomic Weapons Establishment and weapons producers Airbus, while Drone Wars UK has produced a report on how the University is involved in the design of autonomous lethal weapons systems. Within the Mathematics Department’s InFoMM CDT, at least 13 out of the 67 current industrial partners have links to arms companies or the UK/US military, including direct logistical support in the ongoing bombing of Yemen.

We join several other student campaigns (including Oxford Climate Justice Campaign and Oxford Against Schwarzman) in asking for greater transparency from the Committee to Review Donations and Research Funding, and in hoping to see them make a stronger commitment to their ethical responsibilities. The Careers Service also frequently advertises arms companies at careers fairs, and have so far not given us an adequate justification for this; given that they explicitly refuse to advertise jobs for tobacco companies due to the fatality associated with the industry, it is incredibly inconsistent not to extend this to arms.

One of our members-to-be spotted an advert for collaboration with the Defence Science and Technology Laboratory on military tech in their own department. They felt angry and ashamed so reached out to friends from the Oxford Climate Justice Campaign and Oxford Against Schwarzman to call for support. After some initial discussions, Disarm Oxford was born!

Following this, we grew in number, and are always keen for new recruits. We are also delighted to be working closely with Oxford University Amnesty International, specifically in relation to their Campaign to Stop Killer Robots, which lobbies to discontinue Oxford’s research into the design of lethal autonomous weapons.

At the moment, we have weekly meetings on Friday evenings 6-7pm via Google Meets, where we discuss actions for the week and term (though this timing could change if future members request it!). We are LGBTQ-affirming and anti-racist, and we don’t tolerate any form of discrimination. Anyone and everyone can speak in our meetings, which are laid-back and non-hierarchical (our notetaker and facilitator changes every week, and anyone can volunteer), but no one has to speak if they don’t want to. We operate on consensus, which means we won’t decide on anything major without making sure that the whole group is happy with it.

Disarm Oxford is a new group, so there are a wide variety of roles available for people to do (researching links between the University and the industry, social media, write-ups, non-violent direct action/protest organisation, passing motions through College common rooms/Oxford SU, etc…). Any level of commitment is fine; no one should feel under any obligation to do more than they want to or feel that they’re comfortable taking on. For someone fairly involved, an average week outside of the meeting might include doing some social media posting, collaborating on writing some text (for an open letter, a motion, or a press release, for example), and keeping in touch on Slack (the free messaging platform where we communicate) about any decisions. One-off tasks that members have undertaken in the past include designing our logo, presenting a motion, and taking part in a creative zoom photo! 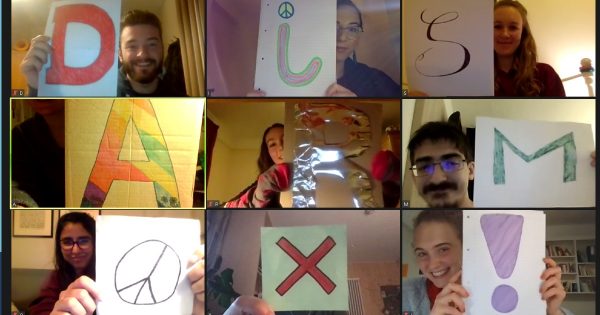 So far, in our short existence, we have: written up new research into Oxford’s arms funding; organised several email campaigns concerning the Careers Service’s inclusion of arms companies at specific careers fairs; published articles in student newspapers to raise awareness; and prepared motions in support of our campaign to present at College Common Rooms and the Student Union. Currently, we are circulating an open letter to the Vice-Chancellor. These methods all conform to the rules of lockdown, which we strongly felt it necessary to obey. For this reason, we have only carried out one ‘in-person’ action so far, chosen because it was possible to do individually or in pairs: we ‘re-branded’ several department signs, to raise awareness about the research funding that the departments were accepting from arms companies (see this OxStu article on the action).

We plan to continue activities in this vein and to incorporate many more as it becomes safe to do so. We believe in the value of direct action, and eagerly await a time when we can engage in person. We welcome all new ideas!

In the words of one of our members: ‘It’s exciting being involved in something that feels so important, and to be part of a group of people who care about peace, justice, and equality. It’s also been a great opportunity to learn a huge amount – about the way the University works, about the arms industry, and about the effects that wars are having around the world. There was a lot I didn’t know when I first joined, but in the friendly atmosphere of Disarm Oxford, where everyone has a different perspective and context to contribute, I’m hugely broadening my horizons.’

We dream of an Oxford completely divorced from the arms industry. We believe that universities are for learning and for nurturing the next generation to make the world a more just and sustainable place; we do not believe that the arms trade and the death and destruction it causes have any place in our institution. We campaign to end research funding from arms companies; to get a public ban from the Careers Service on advertising for arms traders (an extension to the ban that they already have on the tobacco industry), and to see a ban from the Colleges and University endowment managers on current and future investments in arms companies. We hope that the Vice-Chancellor will read and address our open letter, which we will send before the end of term.

In the future, as well as carrying out striking direct actions once such things are safe, we would love to host a webinar so that everyone in our community can learn more about the University and the arms industry. We have our eye on several interesting speakers that we would love to invite.

We are excited to get more people on board. Absolutely everyone is welcome – of every level of activism experience, including no experience whatsoever – although students and alumni are likely to be able to participate most fully. We have weekly meetings online during term time. Please sign up to our mailing list here, and check us out on Twitter and Facebook.