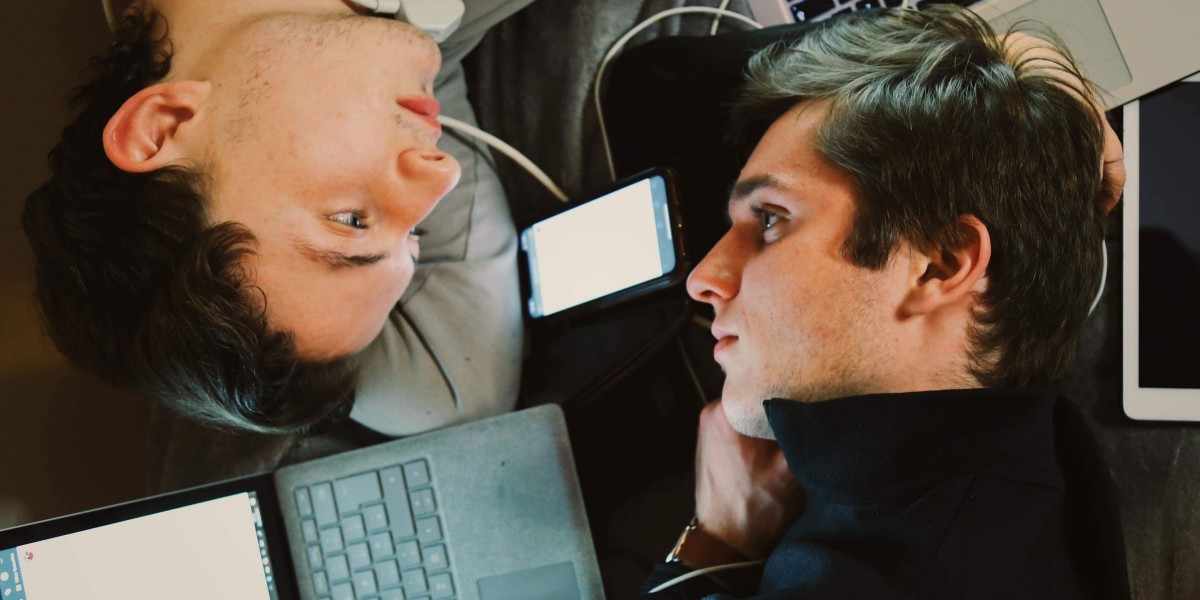 MSM and the Internet

Image Description: Two men laying down on their side surrounded by technology

*MSM stands for men who have sex with men

For MSM, the internet can be both the best and worst place. On one hand, it offers an anonymous place where one can express their sexuality, learn more, and meet others whether they are in the closet or out. However, the internet is also a place full of toxicity for queer men. Gay dating apps, despite their importance, are infamously toxic; gay representation on the internet enforces unrealistic body expectations and reinforces white privilege within the queer community. Yet, in the end, it is a necessary evil – for all its flaws, the internet is vital for young MSM in their education and growth.

Like other queer people, MSM suffer from disproportionally high rates of mental illness and suicide – and the internet does little to help with this in many respects. If you go looking for content focused towards gay and bi men, whether its porn or simple entertainment – and for MSM content the lines are often blurred – one is bombarded with pages of hundreds of extremely attractive, lean, muscular, white men. While this may be what some are looking for, it is not representative of the diversity within the MSM community. In addition, for impressionable queer men, it can set up the standard that if you do not look like this, you are unattractive or “a lesser gay”. This has serious implications for the mental health of same-sex attracted men. In the USA, where gay men are estimated to make up 2-4% of the population yet account for 12.5% of all cases of Body Dysmorphic Disorder (BDD) among men[1]. This leads to increased steroid use among gay men – in one study, up to one in seven gay men surveyed in London used steroids[2].

Not only does this standard have implications for body standards for MSM, it also reinforces white privilege and racist beauty standards within the community. With the constant perpetuation of the images of white attractive men, it continues the idea that white means attractive. This leads to colourism within our community and causes an unhealthy, toxic concentration on white, male beauty and prevents there from being the fair representation of the diversity within our community. Without the representation they deserve, non-white MSM can be left feeling left out, unattractive and invalid. 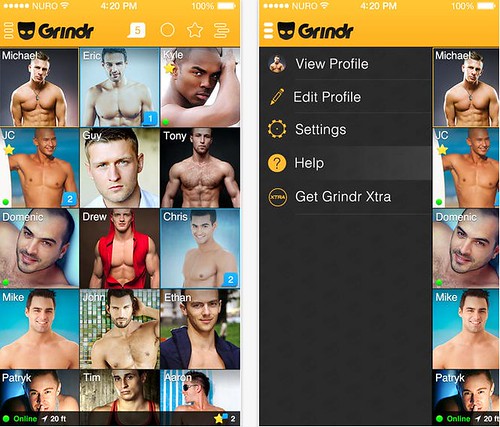 Dating apps are especially problematic in this regard. Grindr – the primary app for gay “dating” aka hook-ups – is known for its toxicity as a result. Faced with a wall of bodies of what is meant to be ordinary people, all one can see is abs. Yet, the toxicity of the app goes far beyond that with the infamous slogan “no fats, no femmes, no Asians or Bl*cks” coming from the profiles of some users who continue to perpetuate this racist and toxic narrative. Grindr even has an ethnicity filter which it pledged yet failed to remove.

However, without the internet, and the MSM presence on it, it would be far worse. The internet remains an extremely important tool for MSM to connect with each other and explore their identity. As with other queer people, it can be extremely difficult to meet other MSM organically in the real world. Yet with platforms like Instagram, Twitter, Reddit, Tinder and yes, even the hellhole that is Grindr, MSM are able to connect with one another. This allows for MSM to have a safe space to connect with one another and find potential partners without the fear of being hate-crimed when approaching a man in public.

Social media allows closeted MSM to access queer media anonymously and have a presence on the internet which is true to themselves without the implications of being out publicly. Furthermore, this allows them to become comfortable with their identity in a safer space, making it far easier to come out to those around them or connect with networks that can get them to a safe place where they can live as themselves.

Without the representation they deserve, non-white MSM can be left feeling left out, unattractive and invalid.

In addition, in terms of education, the internet is also important for MSM to learn about their history and the history of the wider LGBTQ+ community. For example, with TV programmes available online such as It’s a Sin, younger MSM are able to learn about the realities of the HIV/AIDS crisis in the UK. With the Netflix programme Pose, they are able to learn about the ballroom culture in New York, the HIV/AIDS crisis there as well as how cis, white, gay men abandoned their fellow members of the LGBTQ+, POC trans people, in favour of their own interests.

In many ways, the internet is a toxic and even dangerous thing for many MSM – it perpetuates unhealthy body standards, enforces white privilege and reinforces racist beauty standards among gay men. However, it does benefit MSM. Social media and dating apps allow queer men to connect with each other, explore their own identities and have a safe space to explore their queer identity. Not only this, but they are beginning to provide an important tool for educating MSM particularly about sexual health, which is neglected in traditional education. Internet streaming platforms are also beginning to act as important educational tools, covering queer stories in an accessible way, allowing for MSM to get a better understanding of their history and of the history of the wider LGBTQ+ community. Yet, this is only reflective of the current situation – and we have hope. With increasing education on these issues, such as the new laws to teach children about the LGBTQ+, it is likely that MSM and other queer groups will be less reliant on this form of communication and hopefully making it less toxic.