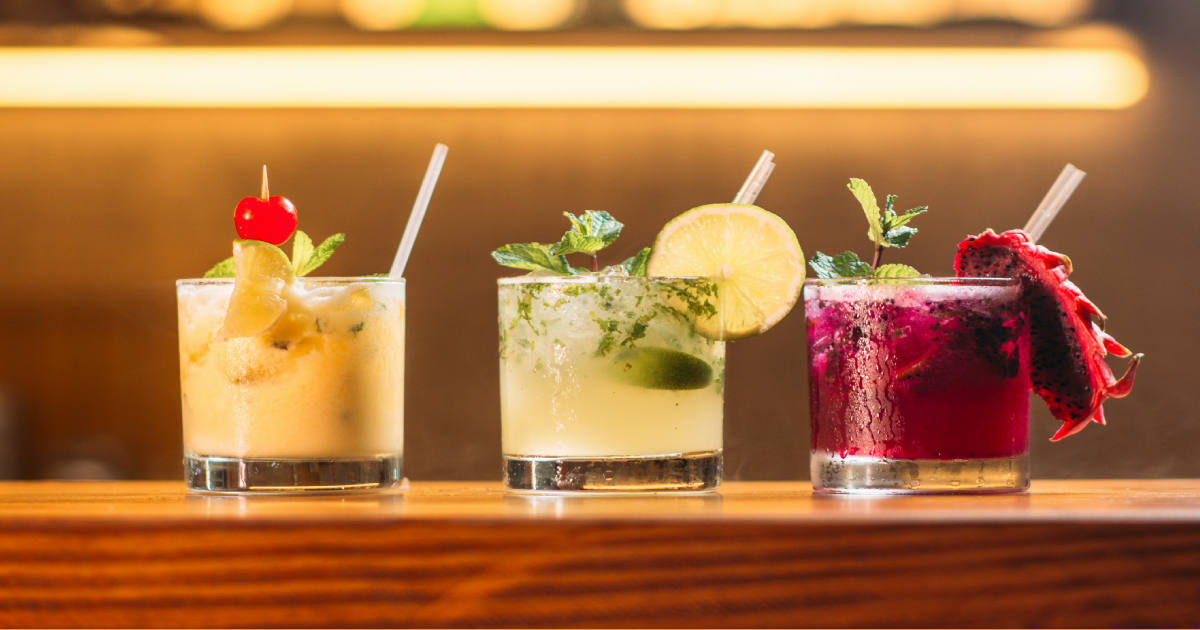 The White Russian – this dude abides

Image description: A row of three yummy looking cocktails on a table

The White Russian. The Caucasian. Signature drink of ‘the Dude’ from the Big Lebowski. And, in my opinion, an excellent cocktail for these long lockdown months.

A slight disclaimer before I begin: I am hardly an expert at cocktails – whether making, drinking, or indeed reviewing – and I find vodka (among other spirits) to taste of nothing more than engine oil combined with liquid death. If anything, though, this ought to make my high opinion of this cocktail more meaningful; if even this schmuck can enjoy a White Russian, then surely anyone can.

This simple cocktail is composed of two parts vodka, one part Kahlua (a Mexican coffee liqueur) and a splash of single cream poured over ice. Stir to combine, though if you truly wish to emulate the Dude, you may well stir it with your finger (not recommended if you’re serving this drink to anyone else). The drink has its origins in 1949 with the ‘Black Russian’, composed only of Kahlua and vodka, with singly cream added sometime later. The term ‘White Russian’ in reference to this drink appeared in 1965, though it has enjoyed renewed attention and favour as a result of the 1998 film The Big Lebowski, directed by the Cohen Brothers and starring Jeff Bridges and John Goodman.

The cocktail contains a substantial quantity of alcohol, but you can scarcely taste it, as the strong coffee taste softens the hard edges of the vodka, further ameliorated by the influence of the cream. Don’t let the mild taste fool you, though, this drink is not for downing. The ice (and if you’re so inclined, chilled vodka and Kahlua) makes this cocktail unpleasant to drink in one go, and I find it best to sip it over the course of a few minutes.

The White Russian, in my eyes, is remarkable for its accessibility. As mentioned above, I have little experience with cocktail making or drinking, yet I and other (more experienced) cocktail drinkers have been charmed by how simple this drink is to make and drink. It was only this term that I acquired a jigger to measure out the quantities properly, having eyeballed everything beforehand. Despite this, the cocktail was consistently pleasant to drink. The White Russian is easy to make, easy to drink, and is easy on the wallet. A single bottle of Kahlua can last you a substantial length of time, and vodka is already a necessity for many cocktails.

So why not give it a try this lockdown? I’m sure you’ll find it to be as pleasant as I have; though, of course, that’s just my opinion (man).