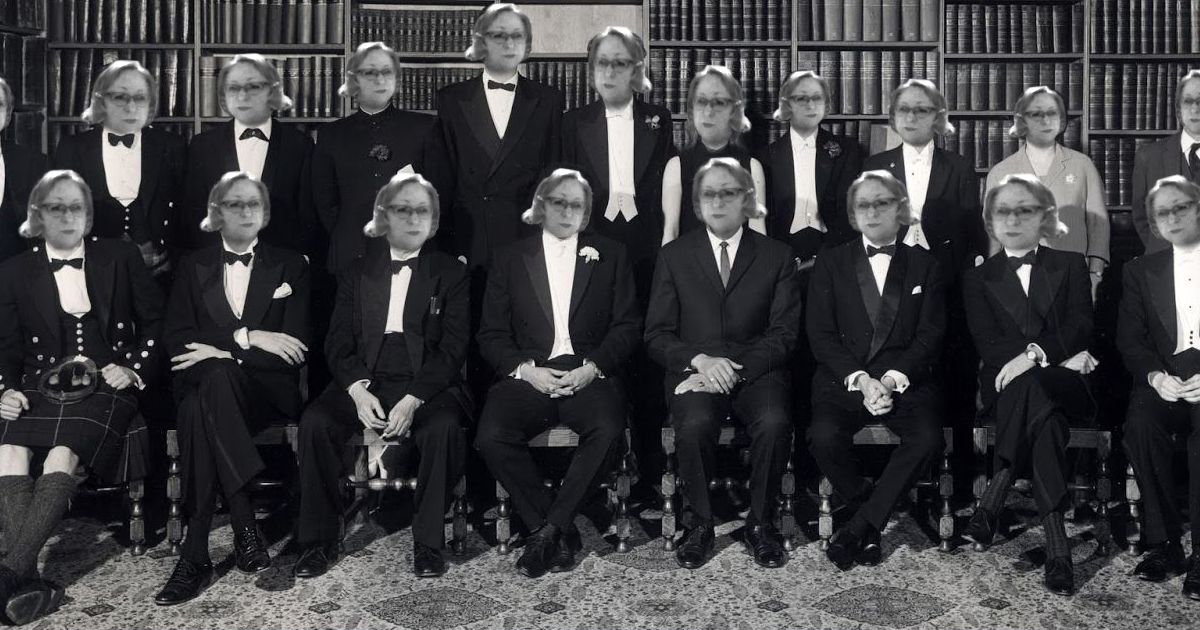 Can the real holder of authority please stand up?

Image Description: A group shot of Oxford Union members with all faces replaced with Jackie Weaver

Reader, the close of Hilary term has seen some fiery elections, and quick resignations, however, there are many elections still to be won, and yet to be fought! African and Caribbean Society presidential elections have recently concluded and saw two first-year students battle it out through the medium of freestyle and Tik Tok. Sadly the Oxford Union’s elections will not be fought with equal seriousness –  rumour has it they are still struggling to interpret the standing orders.

Handforth Parish Council gave the student politicians of our esteemed university a run for their money, in a Zoom Call that had more forced evictions than we’ve had resignations. Perhaps we should take a leaf out of their books, and rather than flood Facebook with our Nancy Drew monologues simply force our arch enemies to ‘Leave Meeting’? If the entirety of the single Zoom meeting is the equivalent of the House of Commons, then forcefully removing someone from it is the hyper-acceleration of a No-Confidence motion. Regulation lovers everywhere are salivating over this epiphany.

Speaking of RO world, election season means the sudden relevance of the hidden facet of society. Spare a thought for the most-shamed kink of all: being turned on by Rules and Standing Orders. For what other reason can there be, than to delight at the nuance or lack thereof of a hundred-page document that has brought potential electoral candidates to tears. They are the equivalent of Milton’s Sin and Death, guarding the gates of hell. Rumour has it, a benevolent or malicious RO can alter the events of any future-cabinet minister’s life. Curiously, the Student Union Campaign’s electoral rules are far less stringent than one would imagine.

The pandemic has seen the tragic closure of the most crucial establishments within our golden-spired city: the coffee shop. Any fool might mistake the ballot box as the deciding factor for who wins come election-night. They’d be wholly mistaken. It is the TripleTwos, the Queen’s Lane Cafes and now the Prets. A Pret Subscription is what gets candidates over the line, rumour has it some have claimed this as a ‘campaign expense’. Manifestos are the equivalent of student newspapers: toilet roll. With their closure comes a frightening equivalent, the dreaded ‘Covid Walk’. There has been much discussion on whether a ‘Covid Walk’ constitutes a date, or a dalliance, a fling or foiree. Reader, all of these guesses are wrong. A meander through Christ Church meadow is in actuality the handing over of a vote. Love? Romance? As if our budding student politicians would ever waste their university lives with such child’s play.

If one ever wants to take a trip down memory lane, you need not travel to the Sackler or the Ashmo, just search up “apology” on Facebook. The ‘Facebook Apology’ as a genre is soon to be introduced as a module as part of Oxford’s highly competitive English degree.

Pledges, promises, vows are about as true as Trump’s Twitter. At least society has progressed past the need for the latter. What is it that drives the masses to the polls? Surely it’s not a belief that this time, no seriously this time, things will be different. Ventriloquism is a dying art, and yet the puppeteering of hopeful, young, naive freshers is as popular as ever. The short-term memory of our esteemed city breathes new life into the next generation of Thatchers, Bo-Jos and Starmers. Student journalism is lucky enough to archive all scandal in the eternal memory of the World Wide Web. If only people knew how to use it.