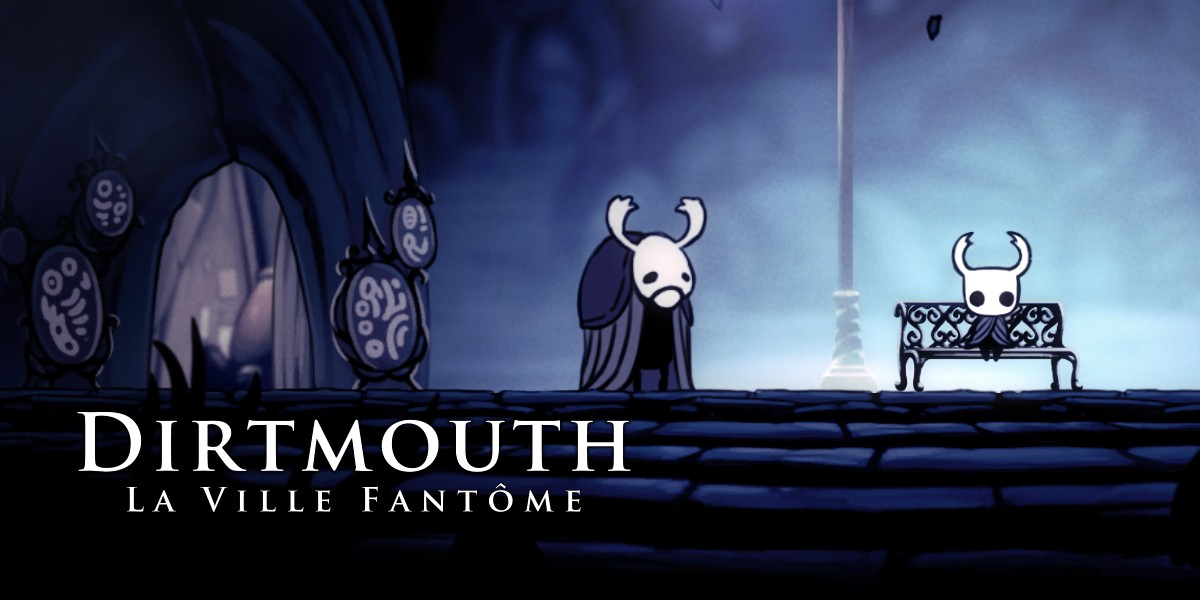 Image Description: Screenshot of the opening to Hollow Knight

The release of big-budget open-world games like Grand Theft Auto V garners as much media attention as blockbuster cinema nowadays. Massive price tags get sweeping headline coverage: whether it be for the billion-dollar Avatar sequels or Cyberpunk 2077’s comparably modest $135,000,000, eye-watering expenditure is enough to let the game market itself.

But as open-world games become bigger, flashier, and more ambitious, platformers have been quietly perfecting their art: Celeste, Shovel Knight, Ori and the Will of the Wisps– whilst these polished gems might not grab headlines, they do offer some of the most beautiful and immersive experiences in gaming. As Hollow Knight: Silksong, the sequel to Team Cherry’s classic Hollow Knight, looms just around the corner, let’s take a look back on what made the original a platforming masterpiece.

Thrown into a desolate landscape, Hollow Knight’s opening looks deceptively simple: a smattering of buildings dot the murky town, Dirtmouth, where you enter as the diminutive Knight. But beneath your feet lie the ruins of a once-great civilisation, Hallownest, destroyed long ago by a strange ‘Infection’ that threatens to break out again and lay waste to all remaining life. Hallownest is a vast subterranean labyrinth of insects, fungi, fish and plants through which you slash and dash your way as you peel back every beautiful layer of the game.

Each monster looks unique: some share the game’s distinct cutesy charm, others are downright terrifying- as in playing-it-at-night-gave-me-the-creeps terrifying. There are pitch-black passages with screaming, maggot-like mutants; there are dreamy, ethereal sections with otherworldly spirits; and then there’s the boss fights, some of which are so epic and difficult they could (almost) be from Sekiro. Accompanying it all is one of the most mesmerising scores I’ve ever encountered in a video game, music that so perfectly matches the tone of each section that you can remember from the melody alone whether it’s from Greenpath or Crystal Peak or Kingdom’s Edge.

Hollow Knight commands the attention of your eyes and ears as much as your fingers and thumbs. As you journey through the teeming underworld you listen for the hum of an old cartographer who sells maps to each section. Slowly the map unfolds into an immense world, with trams and stations traversing the dense, labyrinthine corridors. Inferior games rely on the compulsion to collect to keep you staring at the screen: Hollow Knight rewards you for exploring the intricate map with charms that offer new abilities, new combos, and new ways of approaching the game. Aloof characters, secret passages, adorable ‘grubs’ trapped in glass jars: Hollow Knight keeps you coming back to old spots with new powers so that you can explore every hidden nook and cranny.

Part of the game’s greatness derives from the control its developers can exert over the playing experience. In big open-world features game-breaking bugs abound, overlapping plots can become dense and confusing, and often objectives lie at opposite ends of the map; in Hollow Knight there’s no bugs to disrupt your immersion in the game, NPCs and random artefacts contribute to the overarching narrative, and whilst there’s some inevitable trapesing across a map this huge, for the most part whenever you set out in a given direction you’re likely to encounter a fight or a collectible that will add to your overall experience of the game.

Thornier sections have you jumping, slashing, dashing, double jumping, then crashing into a field of metal spikes anyway and having to start all over again.

It takes a while to master the occasionally brutal gameplay. Thornier sections have you jumping, slashing, dashing, double jumping, then crashing into a field of metal spikes anyway and having to start all over again. Some bosses are far from the checkpoint benches where you recover health, and traversing the monster-riddled paths between can, in places, become tedious. But the slow accumulation of new features gives you time to improve as you play, and when you finally overcome an especially intractable boss, watching it explode in a flurry of orange goo is immensely satisfying.

But it’s the small details that make Hollow Knight stand out from the crowd. Whenever you die the Knight leaves a Shade of itself behind that you have to kill to recover your in-game currency; there’s a clang and burst of light when your Nail (sword) clashes with the weapon of an enemy, and many side quests are nothing short of lovely. In my favourite you have to collect a delicate flower from an NPC and deliver it across the map: the rub is that the flower will break if you attempt to fast travel by tram or tunnel, or if you receive even a single hit from the plethora of bugs and beasties you’ll encounter as you make your way to the tomb where you lay the flower. Like everything in Hollow Knight, it’s difficult, but beautiful.

Developed partially through crowdfunding, Hollow Knight and indie platformers of its ilk might not get the same coverage as their triple-A competitors, but Team Cherry will give you twice the experience for a fraction of the price. So, if you haven’t played Hollow Knight already, go get it! And if you have, Hollow Knight: Silksong is just around the corner…