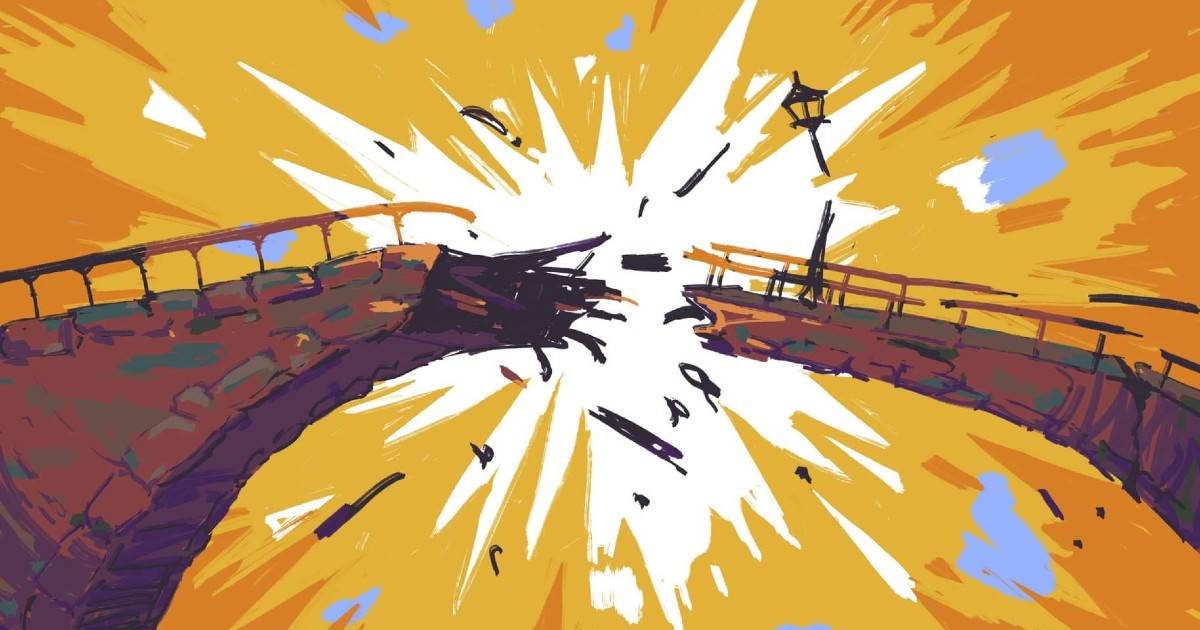 London bridge is falling down

Image description: A bridge broken in half, on a yellow background.

Every year, the Oxford-Cambridge boat race takes place on the Thames in West London. For my whole life I have lived halfway along the course on the Barnes side, and for as long as I can remember I have been running out to the riverside alongside thousands of locals to see the two giants battle it out. Annoyingly, I have also always lost out on the family sweepstake, where we bet on the winners and timings.

However, this year the race will not take place down the same section of the River Thames, where it has been almost consistently since 1845. It has been moved to the great River Ouse in Ely, and looks to be staying there for the next few years, at least. This is not a tradition that Covid has destroyed, as the boat race will still take place, but rather the fault of a bridge that lies in the centre of London. 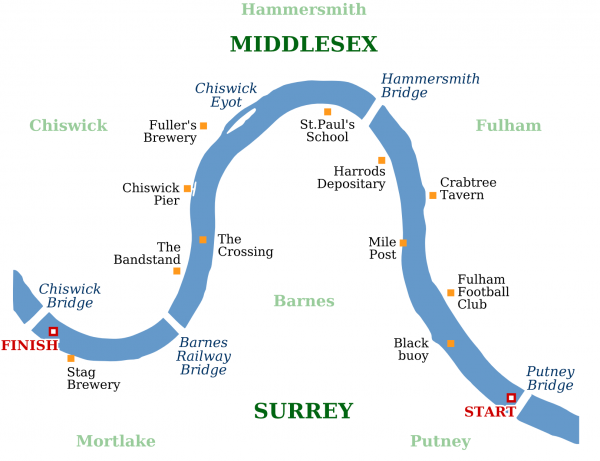 The bridge at the centre of both the boat race and many recent protests, is Hammersmith Bridge. Built in 1887, the bridge is a cast-iron suspension bridge that hangs over the dip of the curve in the river. This geography is important for those at the top of the peninsula, as it is by far the fastest way of getting to London. Both Putney Bridge and Chiswick Bridge are two or more miles away, and the railway bridge cannot be driven over.

The fact that Hammersmith Bridge was built over a hundred years ago, and is made out of cast iron, may give away why a crisis has arisen. The bridge is slowly falling apart due to decades of overuse, long-standing structural design issues, and the lack of appetite to properly restore it.

Since the 1970s, Hammersmith Bridge has suffered from perennial issues, and was even closed for two years during the early 2000s. Interestingly, the bridge has been the subject of three separate IRA bomb attempts (1939, 1996 and 2000) during its 150 year history, which have compounded the damage. However, it was the record-breaking heat wave of 2019 which caused the micro-fractures in the cast-iron pedestals to stop traffic indefinitely, and on August 13th of that year the Bridge was closed to all pedestrians, cyclists and motorcyclists.

This closure has caused untold problems for the local area, especially to the people of Barnes. All of our schools, shops and friends are in Hammersmith, less than 250m away, yet the trip now takes more than half an hour, whether by car, foot or bike, due to traffic. On the day of the closure itself, I was working my summer job in a pub, only to be told without warning that I had to walk an hour to get home. Both my younger siblings now have to make long cycle journeys to schools that were picked for proximity. There are countless worse stories than these, and Hammersmith Bridge is by no means a unique case of neglected infrastructure causing problems.

Weighed down by the traditions of the elite and neglected by squeezed local authorities, a bridge in the centre of London is crumbling into the Thames, without any attempts at stopping the slide.

What has been particularly hard is that after the bridge was closed, getting it up and running again has meant dealing with post-Brexit, Covid-era bureaucracy.

Firstly, the bridge is owned by the Hammersmith council, which has a yearly expenditure of £136.678 million. In comparison, the proposed cost of refurbishing the old bridge so that it can take cars, is £141 million. There is an obvious shortfall of capital, and Hammersmith also does not gain the most from the bridge itself. As the map shows, it is Barnes that gains the most from the bridge, yet its council, Richmond upon Thames, owns no part of it and so cannot fund refurbishment. Even the Greater London authority is in no position to fund a refurbishment, with their transport division (TFL) losing massive revenues over the pandemic.

The only hope left is government funding, and while a task force was quickly assembled, there have not been any promises of funding the repair. Indeed, the current government subsite for the bridge clearly states that “the government is not responsible for maintaining the bridge or its reopening, nor has the powers to make decisions on its repair.”

Although a five-year plan has been drafted, along with the classic Conservative promise of it being shovel-ready, there has simply been no funding given from either the government, the local council, or Greater London. You can see the evidence of the frustration of local residents by the Valentine’s day lighting up of the bridge, where the bridge was lit up in red, with a message reading “Broken Hearts. Broken Promises. Broken Lives. Broken Bridge.” projected onto the suspension towers.

Perhaps they could at least implement a ferry service, such as the one set up by the frustrated parents of a local school boy. However, even the task of installing a small boat seems to be beyond the power of local politicians, who debate endlessly on where to install it and what would be the safest option. Furthermore, this temporary solution just won’t cope with the high demand for a safe transport system, and will also require residents to pay, unlike a bridge.

Weighed down by the traditions of the elite and neglected by squeezed local authorities, a bridge in the centre of London is crumbling into the Thames, without any attempts at stopping the slide. All we can hope is that the efforts to restore it can be re-invigorated before it’s too late.