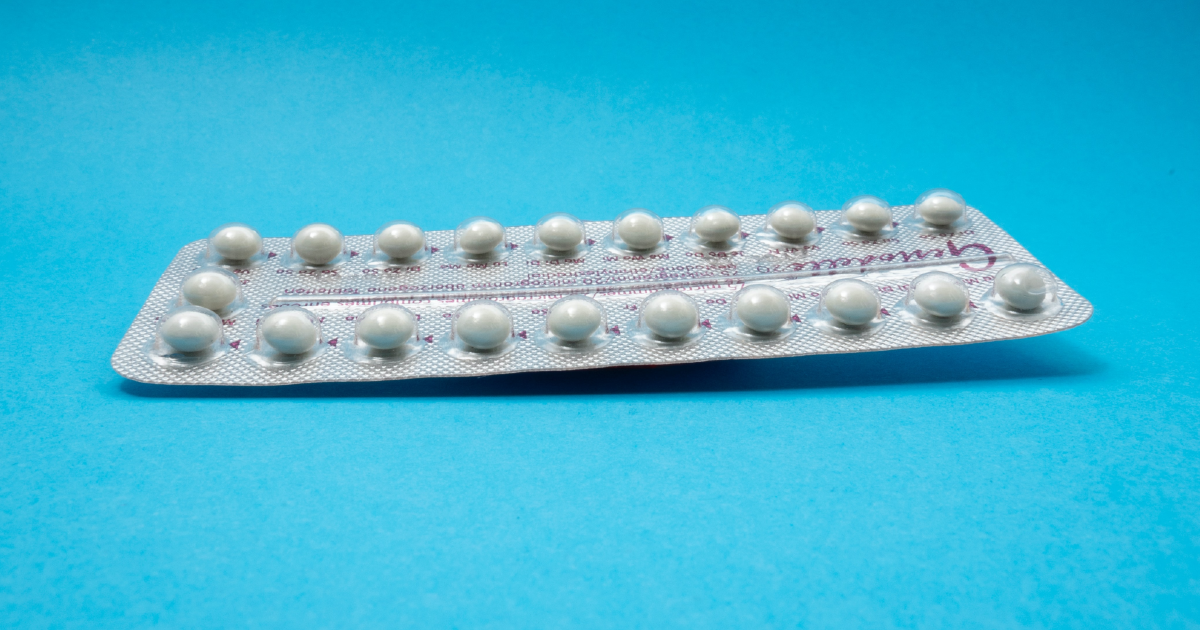 Inconceivable: why the pill is so important

Image Description: a strip of contraceptive pills against a blue background

It’s not an exaggeration to say that the contraceptive pill is a landmark medical development of the 20th century – perhaps even one of the most important medicines ever invented.

From the pill’s development in the 1950s, it was very clear what it could mean. Birth control had traditionally been viewed as a man’s job, as patriarchal ideas of sexual and familial control dominated. But the pill meant that women could control their own contraception; with a 99% rate of effectiveness, it changed their relationship to sexual health, family planning, work, and sex itself. In response to an article about the testing of the pill in 1957, a 30-year-old woman with 6 children under the age of 7, wrote to Science Digest, “I couldn’t help but cry, for I thought there is my ray of hope.”

The pill was introduced to the UK in 1961 – available only to married women at first, and often only with consent from the husband. However, from 1964 unmarried women could access it as well, and this opened up new worlds of opportunity. By 2000, nearly 200 million women worldwide had used it, with 70 million women using it daily.

Before this, birth control options had been limited – condoms were less reliable and had to be a decision made by men. Other options like a diaphragm could be an invasive procedure, accessible to very few women. At a point where men often refused to take responsibility for contraception and women faced stigma for seeking it out themselves, heterosexual sex often meant an inevitable pregnancy.

But the pill was discrete and entirely up to the person taking it. Suddenly, women could focus entirely on their education and careers, without abstaining from sex entirely. Children could be postponed until financial stability. The health risks of unwanted or multiple pregnancies could be avoided, alongside the many other conditions the pill can help treat. Women in abusive or controlling relationships could control their own contraception giving them greater opportunities to leave. ‘Barefoot and pregnant’ became a thing of the past.

With the risk of unwanted pregnancy lessened, sex became fun! Men and women could enter into relationships as equal sexual partners and premarital sex (already common) was not the risk it had been. The sexual revolution and feminist movement were already happening, but the contraceptive pill played a vital role in accelerating both. People could make their own decisions about sex and their future: in 1969, one university student wrote that the pill allowed her to be, “outrageous and to be accepted as a person in her own right,” free “to behave just like men,” and ultimately “it made us more equal. We were able to choose what we did or did not do with our bodies.”

With the risk of unwanted pregnancy lessened, sex became fun!

Another ‘landmark opportunity’ in the history of the pill could happen this year: a government public consultation is taking place to see if two ‘mini-pills’ should be sold over the counter, without prescription. The consultation, which closed on March 5th  2021, is looking at two progesterone-only pills (or POPs); Lovima and Hana 75 microgram tablets. The Medicines and Healthcare products Regulatory Agency (MHRA) is looking into reclassifying them which would mean that they would be available not just on prescription, but over the counter in pharmacies – where pharmacists, as expert healthcare professionals, would be offering information and advice into the contraception, rather than GPs.

There are risks to this: though the side-effects of the pill are rarely serious, they can be difficult to handle. Many users stop using the pill as a result or have to try several different options. Support from a GP or sexual health expert can be vital to help people find the birth control which works best for them. This is especially the case for those with other health issues – including depression as recent research has indicated.

However, that support is getting increasingly hard to come by in the UK. In 2018, the Advisory Group on Contraception found that almost half of all councils in England have closed or planned to reduce sites that provided contraception services since 2015. This has resulted in limiting support and access for women on the pill at a point where other long-acting reversible contraceptives (LARCs) like the coil or the implant are becoming increasingly inaccessible too – as well as other sexual health services, including emergency contraception and abortions. Health experts have been worried about underfunded clinics and a ‘postcode lottery’ for long-term birth control for many years.

And, as it has with many social issues, the pandemic has only made things worse. What were once fractures and cracks in national contraceptive access have become chasms. Medical care has been focused on the immediate issue of coronavirus, meaning that contraception is left at the wayside. A survey by the Faculty of Sexual and Reproductive Healthcare shows that, since lockdown began, 77% of GPs and 64% of specialists have limited or even stopped sexual health care. Procedures like implants, contraceptive shots, or abortions have stopped, leaving people reliant on physical or oral health care, including the pill. The British Pregnancy Advisory Service (BPAS) has said that unplanned pregnancies are likely to rise during the pandemic which could be devastating to the lives of thousands, especially during an economic crisis.

Sexual health is an essential aspect of public health

The decision to make the pill available over the counter is just one of many steps which could start to fix the issues in birth control accessibility. Contraception and sexual health are too important to be side-lined by government policy: sexual health is an essential aspect of public health, after all.

Limited contraceptive access is a burden disproportionately shouldered by women – one of the many examples of how gender inequality was exacerbated and highlighted by the COVID-19 pandemic. The Trade Union Congress secretary, Frances O’Grady, said the pandemic has “set back women’s equality,” and a lack of access to birth control (alongside many other government policies and unequal domestic and childcare burdens) is a central part of that.

When it was first made available to the public in the 1960s, the pill was a path to a new type of freedom for women. This is still the case. The ability for anyone with childbearing capabilities to make decisions about their own bodies is a human right and a vital part of constructing our own future. Making safe and reliable birth control as accessible as possible is an ongoing struggle, and one where we cannot risk losing: with over-the-counter pills, we may be able to score an important victory.