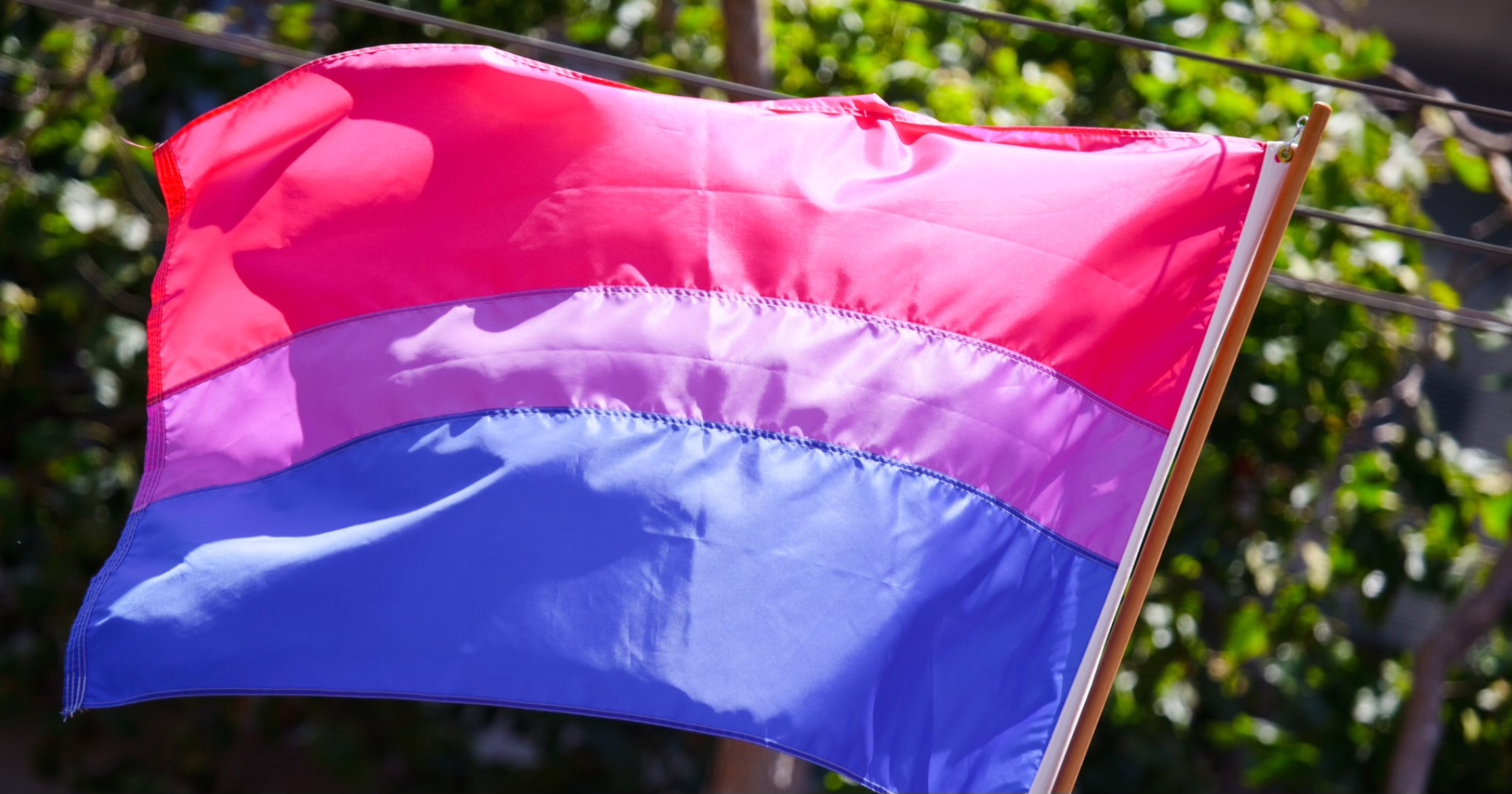 Riding the Bi-cycle: The Uncertainty of Bisexuality

DISCLAIMER: In this piece, I am only speaking to the experiences of myself and those of many other bisexuals I know. Bisexuality is such a broad range of sexuality and experiences that it would be impossible for anyone to speak on behalf of the whole community. Any assertions about experiences of ‘bisexuals’ are therefore generalisations and may not apply to everyone who identifies as bisexual.

In my last article, I talked about my internalised homophobia and how it made it difficult for me to come to terms with my sexuality. But what I didn’t touch on was how badly this difficulty was compounded by the ambiguous nature of my sexuality. You see, I’m bisexual. And that brought – and continues to bring – with it its own host of issues in figuring out what my “identity” is.

I was definitely always attracted to girls, I knew that from a young age, so I always just assumed I was straight. I assumed the weird feeling I got looking at men every now and then was normal, and that every guy got that feeling sometimes. I assumed every guy got a bit turned on at the thought of two men having sex – why else would people make jokes about it so frequently? It doesn’t help that the attraction to men and attraction to women feel completely different to me. An internet post described attraction to women as “ooo” and attraction to men as “aaa”. Me and my sister (also bi) laughed at it for a good few minutes because we related so much, while finding it impossible to explain why to my straight brother. Because they felt different, I assumed that what I was feeling couldn’t possibly be an attraction to men, so instead I just chalked it up as ~something else~ that everyone experienced.

Recognising that what I was feeling was attraction wasn’t the end of my struggle to find my identity, though, and it was only the first step in becoming truly comfortable with my identity. In fact, the latter is something I still haven’t fully achieved. I decided to use the label ‘bisexual’ because I felt it best described me, and it still does, but there are so many times when I wish we could all just discard the labels entirely. That we could all just be whoever we wanted to be, and be with whoever we wanted to be with, without any consciousness of ‘sexuality’ and without any judgement, like in ancient times. In this age that’s very utopian thinking.

I wish that were the case because with any label comes preconceived ideas, connotations, and understandings. Labels create boxes for us to fit into, standards to reach, and expectations to meet. Deviation from these has to be clarified and justified.

Labels create boxes for us to fit into, standards to reach, and expectations to meet. Deviation from these has to be clarified and justified.

For bisexuals, those expectations are imposed from everyone – within and without the LGBTQ+ community, consciously or not. We always seem to be too gay, or not gay enough (usually along gender lines: girls ‘are actually straight, they’re just doing it for attention’; guys ‘are actually gay, they just don’t want to admit it’). There’s such a binary mentality that’s been imposed upon us all that, when faced with the true nature of bisexuality – a spectrum on which one can lie anywhere – we struggle to fully accept our true nature as bisexuals.

The bi-cycle is a very familiar concept for many in the bisexual community. ‘What if I’m gay but am just subscribing to compulsory heterosexuality? Wait no, I definitely like girls. What if I’m straight but am just doing this for attention? Wait no, I’m definitely attracted to these guys. Ok, yeah, I’m bisexual. Wait, what if…’ and round and round it goes.

Personally, I’ve never wondered if I was actually just homosexual, but I have experienced the latter doubt. For me, being into guys isn’t as frequent or (usually) as intense as being into girls or non-binary people, and this imbalance combined with an internal expectation that I should be more into guys often creates such strong feelings of guilt like I’m somehow an impostor in the LGBTQ+ community. That is, until I scroll through Facebook and suddenly realise that I’ve been staring at a picture of a topless Tom Holland for 5 minutes straight, and for a while my sexuality is reassured. And then the bi-cycle starts all over again.

I have a strong preference for girls, but to say I’m straight would be to deny a very real part of me. It would be to lie to myself and everyone else just for the sake of fitting into a heteronormative world.

Nevertheless, there’s a near constant doubt. And a constant feeling of needing to prove and qualify your sexuality. To find exactly the right label or ratio of gender preference that fits you. And it’s toxic.

Nevertheless, there’s a near constant doubt. And a constant feeling of needing to prove and qualify your sexuality.

I haven’t slept with a guy before. This is a fact that should have no bearing on who I am or how I identify my sexuality. And yet, it’s an odd source of shame and embarrassment for me.

It always seems to be one of the first questions when I tell people I’m bi: “oh well have you ever slept with a guy?” There’s an immediate, bizarre curiosity in my sex life. When I have to answer ‘no’, I feel invalidated. It feels like they’ve just responded to my assertion of my sexuality with a test. A test I failed. Sometimes that’s just on my part, a feeling of not living up to general, societal standards, and has nothing to do with their intention or perception. But other times I can see in their face that they’re doubting me, or are disappointed in some inexplicable way. As if I’ve taken the thrill and interest out of my sexuality for them. As if it was ever something for them to ogle at in the first place.

Biphobia is very present and persistent in our world. So, let me clarify some common misconceptions and biphobic tropes, for the sake of anyone who hasn’t really thought about it before:

Even more obviously, bisexuality does exist. Too many people say some along the lines of ‘I don’t have a problem with people being gay, but it’s one or the other’. Binary thinking like that is so last century.

Bisexuality is not always 50/50. Having a preference for a particular gender does not erase our attraction to another, nor does having a strong preference for the opposite gender make you straight.

Being in a relationship with someone of the opposite sex does not make you any less bisexual.

Sexuality, especially bisexuality, is fluid, and preferences can ebb and flow from one moment to another.

The belief that bisexuality somehow means only cisgender men and women, and that identifying as bisexual instead of pansexual is transphobic, is false. Bisexuality includes attraction to all men and women, including transgender people, as well as people on the non-binary spectrum.

Experience is irrelevant, it’s how you feel that matters. No-one is going to tell a virgin straight guy that he isn’t straight because he hasn’t slept with a girl yet, so why would we act differently towards someone who isn’t straight?

Most importantly, though; we are no less queer than homosexual people. We are not any less valid within the community. And we deserve Pride as much as any other queer person.