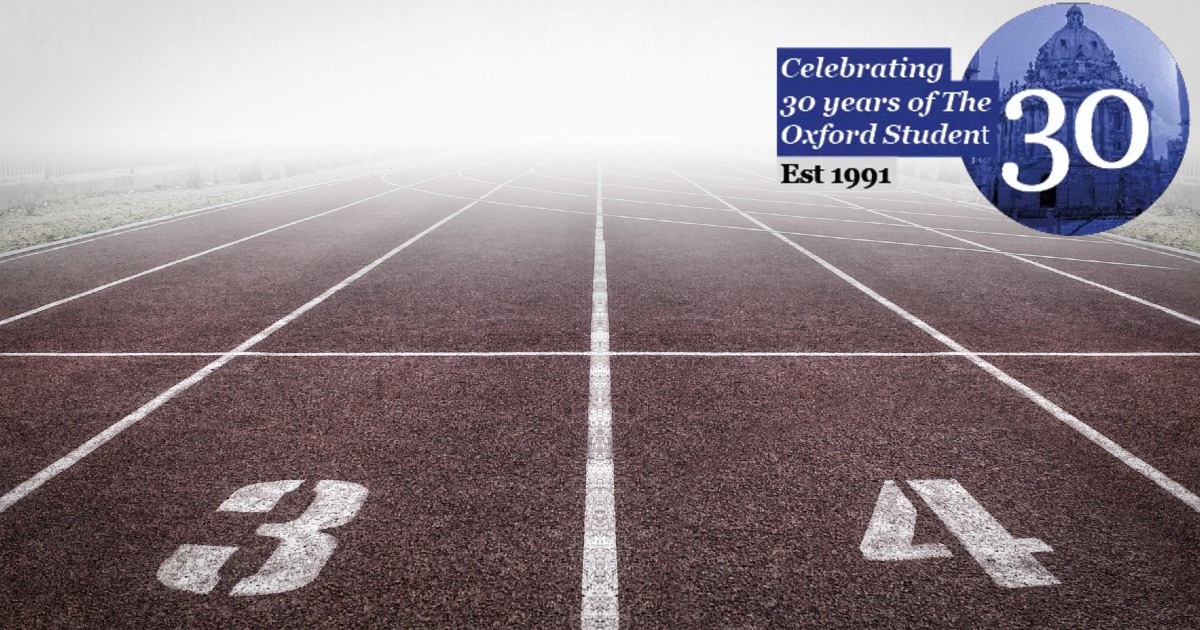 2021 marks the 30th anniversary of the foundation of the Oxford Student, and in recognition of this landmark, we in the Sports Team would like to take you back three decades, to have a look at the sort of things we would have been commenting on back then, in the field of sports, both in Oxford and globally.

Our counterparts from the early 1990s would have proudly reported a double victory for Oxford in the 137th Boat Race, with the Men’s and Women’s crews beating their opponents from ‘the other place’ by four-and-a-quarter and three lengths respectively. This must be celebrated, as our counterparts from the mid- and late-1990s would have lamented Cambridge victory in every race, both Men’s and the Women’s, from 1993 to 1998, with Cambridge Women also taking 1992 and 1999. More domestically, it seems Oxford’s annual Summer VIIIs had little fanfare – we would have reported both University College Men and Sommerville College Women rowing over on all four days of racing to retain Headship.

Fans of Oxford rugby at the beginning of the decade had a more mixed bag of celebrations. We could certainly have rejoiced that Oxford Women consolidated their dominance over Cambridge, and didn’t lose a single Varsity Match between 1989 and 2001. However, though hot on the heels of winning the historic fixture in December of 1990, our predecessors would have to wait until 1993 to see Oxford’s Men take the title again, and until 1999 after that.

Globally, 1991 was the stage for many athletes who are household names of their sports today, some of whom continued their careers during the lifetimes of our current readers. This was the near that none other than Tiger Woods, at the age of 15, won his first USGA title, the U.S. Junior Amateur. In the sport of football, moreover, where the current Sports Team have recently published an obituary for the great Diego Maradona who sadly passed away last year, our 1991 team might have commissioned a piece about the Argentine’s suspension for cocaine use.

It also saw the heydays of some of boxing’s biggest names: in the first half of the year, Mike Tyson twice and defeated Donovan Ruddock, for example. However, just a month after this second victory, and shortly after signing the paperwork to fight Evander Holyfield for a shot at the heavyweight title, Tyson was arrested for the rape of 18-year-old Desiree Washington, the trial and conviction for which would take place in early 1992. The aforementioned Evander Holyfield was also twice in action in 1991, including a victory over the 42-year-old George Foreman, the legendary opponent of Muhammad Ali in the ‘Rumble in the Jungle’. Our counterparts might well have also written an appraisal of the career of Sugar Ray Leonard, whose departure from the sport was witnessed by 1991.

We might have commissioned a basketball fan to comment on the second of Michael Jordan’s total five NBA MVP titles, or to give their take on how significant that young man had been in the Chicago Bulls’ first ever NBA Championship title. Tragically, we might also have asked for comment on the curtains coming down on the career of Magic Johnson, who announced that he had contracted a virus that causes AIDS.

For fans of tennis, which sees many of its former stars remaining in the limelight as coaches or commentators, 1991 was a year of familiar names and faces. Boris Becker, who coached Novak Djokovic between 2013 and 2016, defeated Andy Murray’s old coach, Ivan Lendl, to take 1991’s first Grand Slam Title, the Australian Open. Towards the end of the year, the world-famous Jimmy Connors made it all the way to the semi-finals on home soil at the US Open, at the age of 39. Meanwhile, this was no less the case in the women’s game – Steffi Graf saw her uninterrupted period of 186 weeks at World Number 1 snatched from her by Monica Seles at the French Open, while none other than superstar Martina Navratilova won hers record 100th singles match at Wimbledon.

Aside from the now-household names that we find still playing in 1991, it was also a year that played host to hugely significant sporting events in their own rights. For instance, 1991 was the year of the inaugural FIFA Women’s World Cup. Aptly, the Oxford Student’s Sports Team of 1991 would have been reporting the victory of the USA, who have won an additional three FIFA Women’s World Cups since then, including the 2019 installation, and are currently the reigning world champions.

A year on from the release of Nelson Mandela, 1991 was set to be a great year for South Africa. They were readmitted to the International Cricket Council following the abolition of Apartheid, and played their first international game for more than 20 years. They were similarly readmitted to the Olympic Games after being suspended by the IAAF in 1970. Moreover, though they were excluded from the Rugby World Cup in 1991, their national Rugby Union side would put the next four years to good use and unite the Rainbow Nation with their stunning victory of the 1995 tournament. However, 1991 also brought with it the tragic Oppenheimer Stadium disaster, which saw football fans of the Kaizer Chiefs and Orlando Pirates clash in riotous fashion, leading to the deaths of 42 attendees.

Lastly, perhaps the most significant sporting event of 1991 from a British point of view was on the international stage of Rugby Union. Our predecessors would have covered not only the second ever instalment of the Men’s tournament, but also the inaugural Women’s competition. In addition, both tournaments were held on British soil, with the Women’s hosted by Wales and the Men’s held jointly by the Five Nations – England, Wales, Ireland, Scotland, and France. Most astonishingly of all, England made it to the final of both tournaments, though did not manage to win either. England’s Women lost to the USA, whose record in inaugural World Cup competitions in 1991 was, it must be said, impeccable.

England’s Men, who picked up their 19th outright Five Nations Championship, 9th Grand Slam, and 16th Triple Crown in 1991, lost to Australia, against whom the men in white would take revenge 12 years later in Australia’s backyard in 2003. The squad that played the final again contained many household names for England rugby fans – captain Will Carling, frequent commentator Jeremy Guscott, ‘the Pitbull’ Brian Moore, ‘Iron Mike’ Teague, Jonathan Webb, Rob Andrew, Rory Underwood (who remains England’s most prolific try-scorer), Richard Hill (who went on to win the 2003 World Cup), and of course the ‘Fun Bus’, England’s most capped player, Jason Leonard. However, perhaps most significant of all for OxStu’s 1991 Sports Team would be England’s right-winger, Simon Halliday, who played his rugby for none other than the Oxford Blues before England, playing in the Varsity Matches from 1979 to 1981.