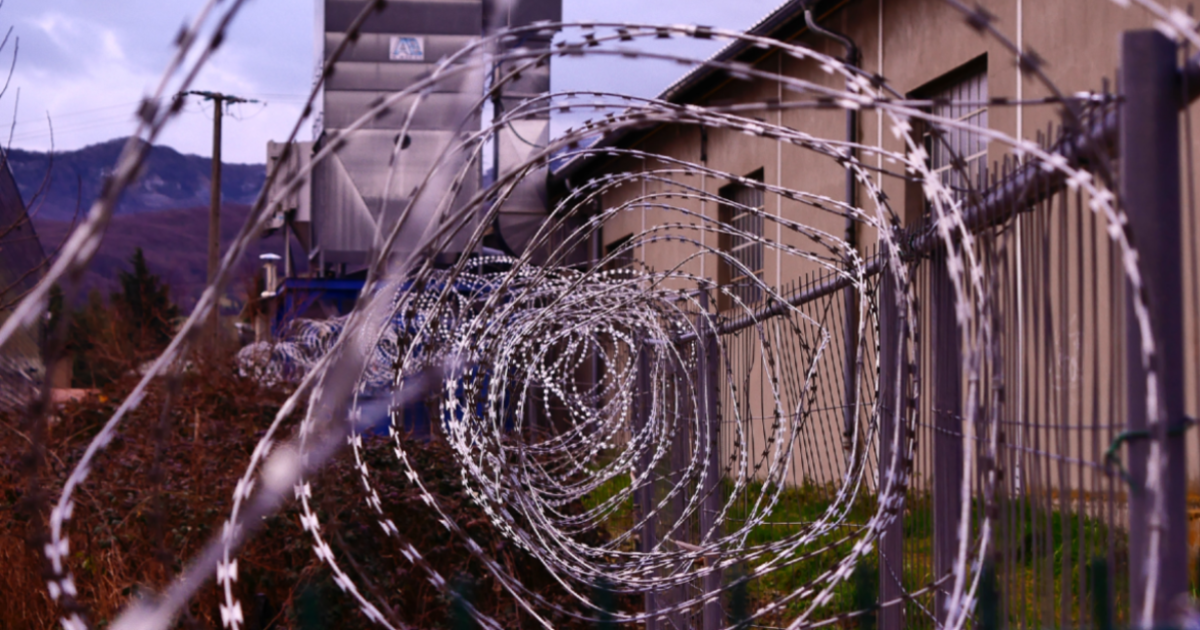 Locked down and locked up: how Covid-19 has impacted prisoners

Image Description: barbed wire in a spiral, against a spiked fence.

Names in this article have been changed.

The coronavirus pandemic has impacted us all enormously, but the impact on prisoners has sometimes been overlooked. Examining the way in which the government has dealt with the pandemic within the general population, in comparison to prisons, is illuminating.

While the government measures since March for those in the general population have been subject to frequent change, these restrictions have been much more prolonged within prisons. Those outside of prisons moved from a strict lockdown in the early months, into a much more relaxed summer, where the rule of six was introduced inside and eating out was encouraged, with the ‘Eat Out to Help Out’ scheme. Even when the colder months hit, the tier system meant that restrictions were far from a full lockdown most of the time.

The comparison of this to the restrictions imposed on prisoners is stark. Since March, a strict lockdown has been imposed in prisons, meaning that prisoners spend around 23 hours a day in their cells. The report from the Prison Reform Trust points out that the UN’s definition of solitary confinement is being held in a cell for more than 22 hours a day and, if this is prolonged over 15 days, is considered cruel, inhumane and degrading. Due to the mental and physical effects this has, the United Nations’ ‘Nelson Mandela Rules’ state that solitary confinement should only be used in “exceptional cases as a last resort, for as short a time as possible.” Normally adult prisoners should be out of their cells for between eight and ten hours a day. Of course, dealing with a pandemic in a prison is not an easy task, especially with high rates of overcrowding. However, the difference in approach is telling and perhaps caused by the need of the general population to balance restrictions with their economic impact – a balance that is not needed in prisons.

I interviewed Jane, who works in a prison, and she explained that prisoners and staff now have access to masks, soap and hand sanitiser with all wings being cleaned regularly. Staff are able to be tested twice a week and have temperature checks on their arrival to work. Incoming prisoners also have to isolate for two weeks. However, she explained that this policy was only introduced over the last few months with little guidance given beforehand. This slow government response is reflective of criticisms from the general population, over a failure to lockdown earlier and to  deal with care homes, especially at the beginning of the pandemic.

These measures, along with others introduced, have meant that cases in prisons are well below the early estimates of over 77,000. Yet the rates in prisons have still been higher than those of the general population (accounting for the average age and sex of prisoners). Up to the end of December there were 75 cases per 1,000 population in prison, compared to 46 cases per 1,000 in England and Wales overall.

With in-person family visits having been suspended since 24th March 2020 (with a few relaxations at some points since then) the government rolled out a scheme to enable prisoners to access phones and video call facilities in order to stay in contact with their families. Jane explained that those prisoners who were in isolation due to testing positive were given extra phone credit so that they could contact their families, and the number of phones in cells were increased over the last year. However, the Prison Reform Trust found that the implementation of these measures varied across prisons, and what was offered by the government has not been extensive enough.

It is clear that while the worst may have been avoided, the impacts on those in prison during the coronavirus pandemic have been felt severely. The effects of coronavirus on prisoners has helped to highlight existing concerns around under-funding, mental health provisions and overcrowding in prisons across England and Wales. We can only hope this will be a wake-up call for long overdue change.