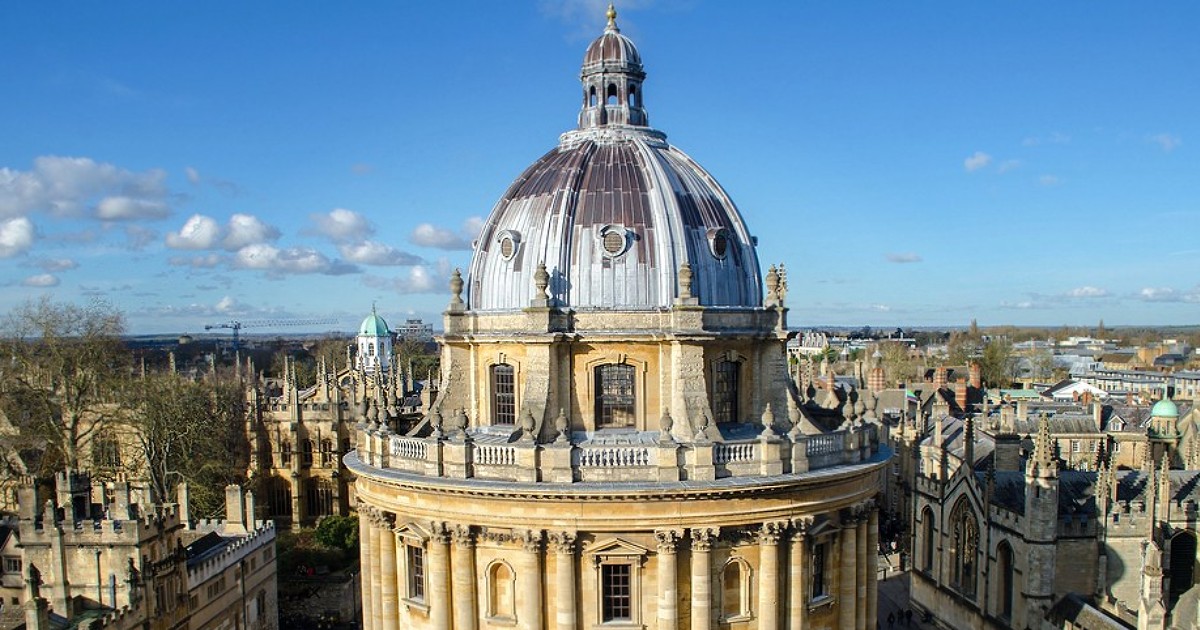 Image Description: A picture of the roof of the Radcliffe Camera from a high angle on a sunny day.

A petition signed by over 44,000 people is demanding the removal of Dr Abhijit Sarkar for his actions following the resignation of ex President-Elect Rashmi Samant and his history of allegedly “unhinged” social media outbursts. Oxford University has begun an investigation into the complaints alongside Thames Valley Police, and the hashtag #DismissAbhijitsarkar has trended on Twitter.

Sarkar is a postdoctoral History Researcher at New College. Following Samant’s resignation, he made a social media post that described her actions as “typical of far-right forces in India” and attached a photo of her parents claiming that they were “celebrating the destruction of a Mosque in India.” The photo was framed with the slogan “Jai Shri Ram” (“hail Lord Ram” or “victory to Lord Ram”) that has been used as a nationalist war cry by some.

Samant previously studied at the Manpila Institute of Technology in Karnataka, a place Sarkar claimed in the post was a “bastion of Islamophobic far-right forces”. He also wrote that “far-right Desi forces hate White people and Western modernity because they want to reinstate sanatan Hindutva ‘culture’”.

Samant has said that she does not feel safe going back to Oxford, and that Sarkar’s statement had emboldened other students to continue their defamatory statements.

The petition also accuses Sarkar of “criminal and racist hate speech” in a number of social media posts. In one now deleted Instagram post, he boasted of breaking several Saraswati idols as a child “by smashing them on the floor”.

Responding to a Tweet by Kangana Ranaut in which she expressed support for a fellow Bollywood actress, Payal Ghosh, speaking out against sexual harassment, Sarkar wrote: “what did you do with their genitals when they showed it according to you?” 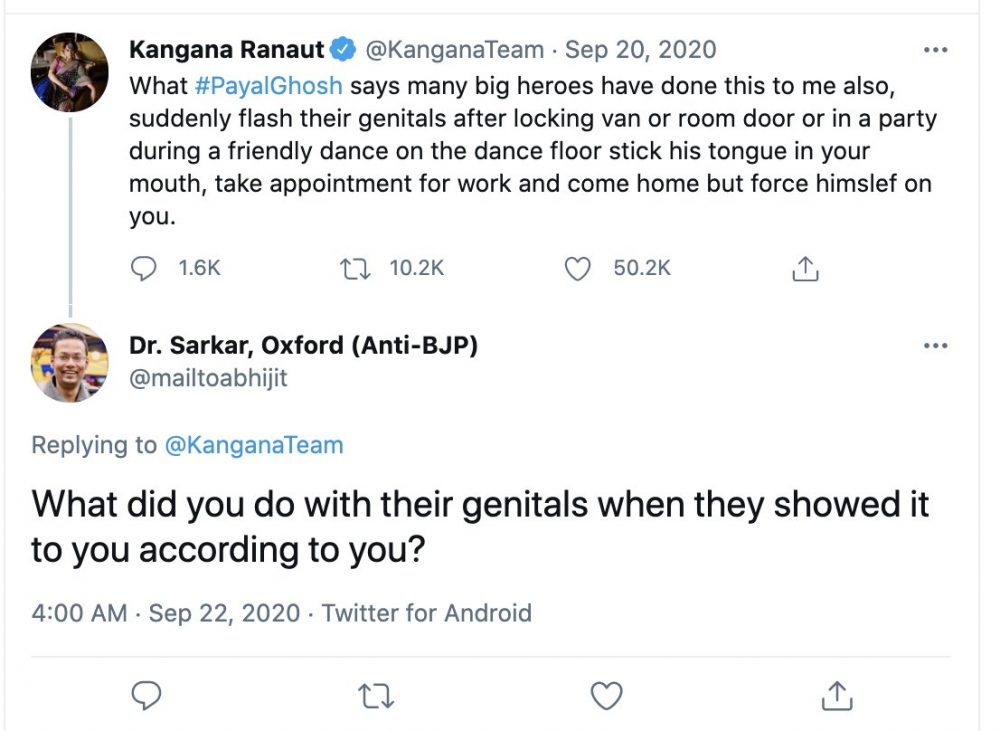 Sarkar also accused Payal Ghosh of “getting paid by a political party to accuse Anurag Kashyap”.

In November, Christ Church College served beef-laced sweets on Diwali to students, and responding to this Sarkar said “a few Desi students made a huge hullabaloo” and that “these Desis haven’t progressed an inch since 1857!!” 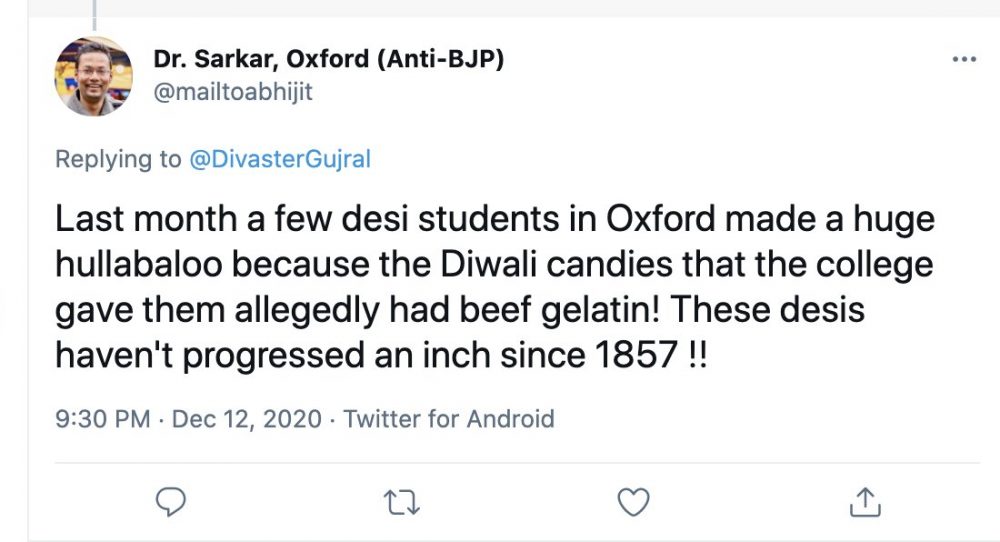 Samant claimed that her resignation from the position of President-Elect of the Student Union was driven by “an element of racial profiling”. Some have used Dr Abhijit Sarkar’s posts as evidence of a “coordinated attack” on Rashmi Samant leading to her resignation. The petition alleges that she was forced to resign because of the “racist cyber-lynching by Abhijit Sarkar inflicted on her”.

However, Oxford India Society, Oxford University Hindu Society and Oxford South Asian Society published a joint statement calling this a “misleading narrative”, given that Sarkar’s comment were posted after Samant’s resignation, though they called on Dr Sarkar to take responsibility for his words and apologise to her.

The societies asserted that “neither her nationality nor her religion are what prompted the calls for her resignation. Her narrative of this being a racist attack against her undermines real experiences of racism of students at the University”. Samant originally resigned following condemnation from JCRs and SU campaigns after a series of controversial social media posts were brought to light. These posts were described as racist, antisemitic, and transphobic by Oxford’s Campaign for Racial Awareness and Equality and Oxford LGBTQ+ Society.

Speaking to The Times on the 20th March, Samant said that Sarkar’s comments were most hurtful, and that she had complained to the University but no actions were taken or investigation had begun at that point.

Satish Sharma, Managing Director of the Global Hindu Federation, filed a police complaint on Samant’s behalf accusing Sarkar of bullying, harassment, and inciting religious hatred. Thames Valley Police confirmed that it was investigating an alleged hate incident. The University has now begun an investigation into the complaints alongside the police, and the hashtag #DismissAbhijitsarkar has trended on Twitter.

Samant said in a statement: “I’m just very glad that the university and the police have launched an investigation into my complaint, and I look forward to resolving it in the best manner possible.” India’s ruling Bharatiya Janata Party’s (BJP) youth wing issued a statement demanding Oxford University act against the “culprits” that made “remarks” against the religion of Samant’s parents.

In India’s parliament, external affairs minister Subrahmanyam Jaishankar, said: “As the land of Mahatma Gandhi, we can never ever turn our eyes away from racism wherever it is, particularly so when it is in a country where we have such a large diaspora.”

Speaking to The Times of India, An Oxford University spokesperson said: “We have strong policies in place to protect our students and staff against all forms of harassment. The University investigates thoroughly complaints that our harassment or equality policies have been breached and provides support to affected students and staff throughout such investigations. An investigation into these online comments is ongoing and we must allow time for this formal process to be followed. In cases such as these, student support is provided through their college and department.”

Rashmi Samant has been contacted for comment. Dr Abhijit Sarkar did not respond to a request for comment.

This article has been updated to include images