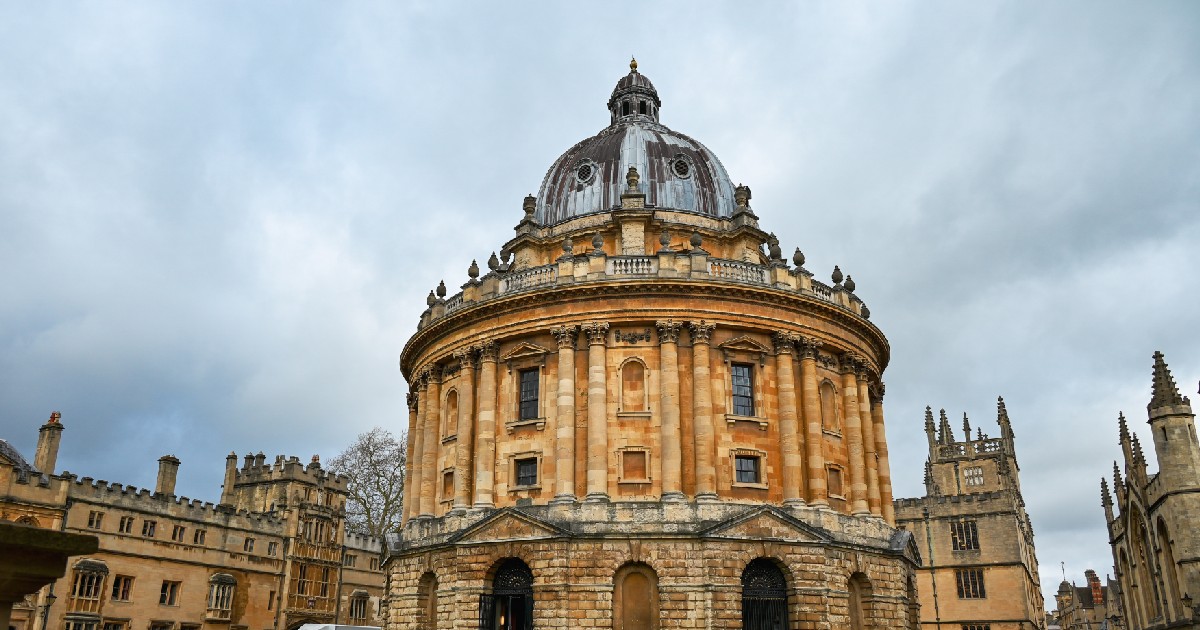 Image Description: A picture of the Radcliffe Camera on a cloudy day.

Professor Selina Todd, who has faced severe criticism in the past for her support of transphobic groups, signed and then removed her name from a letter sent to the Women’s Prize for Fiction, protesting the inclusion of a trans woman on the longlist.

The letter, which was published on the 6th April by a group calling themselves ‘Wild Woman Writing Club’, lambasted the Women’s Prize for the inclusion of author Torrey Peters on the longlist for the £30,000 prize. Peters was nominated for her debut novel, ‘Detransition, Baby’.

Peters is repeatedly misgendered in the letter. After the announcement of the longlist, Peters commented that she had received “a real outpouring of hate – which hurt my feelings and scared me, as it was intended to do”. It argues that the inclusion of ‘Detransition Baby’, which it describes as an “extended male sex fantasy” undermines a prize that was initially set up in response to the all-male Booker 1991 shortlist.

The letter includes several long-dead female authors among its signatories, including Aphra Benn and Emily Dickinson. The Wild Woman Writing Club explained that these names indicated signatories who did not wish for their identity to be made public, telling the Oxford Student the pseudonyms were of: “great women from literary history in honour of their struggles as female writers.” Joanne Harris, author of ‘Chocolat’ and current Chair of the Society of Authors commented: “If you’re expecting me to believe that you’re not secretly ashamed of your opinions, or embarrassed by your allies, then maybe don’t hide behind a dead person’s identity whilst simultaneously trying to strip someone living of theirs.”

Random subtweet: If you're expecting me to believe that you're not secretly ashamed of your opinions, or embarrassed by your allies, then maybe don't hide behind a dead person's identity whilst simultaneously trying to strip someone living of theirs.

Professor Todd signed the letter after it was initially published, on the 6th April, but removed her signature the next day. It is not clear why she decided to remove her signature.

Todd, a Professor for Modern History, has faced criticism in the past for her support of anti-trans groups and vocal opposition to LGBT diversity training. In February 2020, Todd was asked to withdraw as a speaker from the 50th anniversary of the National Women’s Liberation Conference of 1970. This was after another speaker withdrew over Todd’s support of Women’s Place UK, which has been condemned for being transphobic.

The Women’s Prize responded to the open letter with a strongly worded statement in full support of Peters. The organisation behind the prize emphasised that it was “immensely proud” of its longlist, which it described as “exceptional and varied”.

“The Women’s Prize for Fiction has always aimed to honour, celebrate and champion women’s voices. We are immensely proud of the exceptional and varied longlist selected by our esteemed judges this year and are fully committed to supporting the books and authors they have chosen. The Prize is firmly opposed to any form of discrimination on the basis of race, age, sexuality, gender identity, and all other protected characteristics, and deplores any attempts to malign or bully the judges or the authors.”

“The Prize’s eligibility rules remain unchanged since it was launched 26 years ago: anyone who is legally defined as a woman can be entered for the Prize by a publisher.”

However, the Women’s Prize for Fiction recently faced criticism after it emerged that the longlisted author Akwaeke Emezi, who was nominated for their novel ‘Freshwater’ in 2019 and identifies as non-binary, was told that they would have to provide information on their “sex as defined by law”. Emezi criticised the Prize for longlisting ‘Freshwater’, saying that the Prize was making a distinction between non-binary people assigned as female at birth, and non-binary people assigned male at birth.

In Peters’ initial response to news of the longlisting, she highlighted the work of others gone before her, including Emezi.

“I’m very honored to have DETRANSITION, BABY long-listed for the Women’s Prize. I was eligible this year due to work by those before me—especially Akwaeke Emezi. Once again, I am indebted to a sacrifice made by a black trans person. Congratulations to my fellow longlisters.”

I’m very honored to have DETRANSITION, BABY long-listed for the Women’s Prize. I was eligible this year due to work by those before me—especially Akwaeke Emezi. Once again, I am indebted to a sacrifice made by a black trans person. Congratulations to my fellow longlisters. https://t.co/K80hP6FLkC

Professor Selina Todd and the Women’s Prize for Fiction have been contacted for comment.