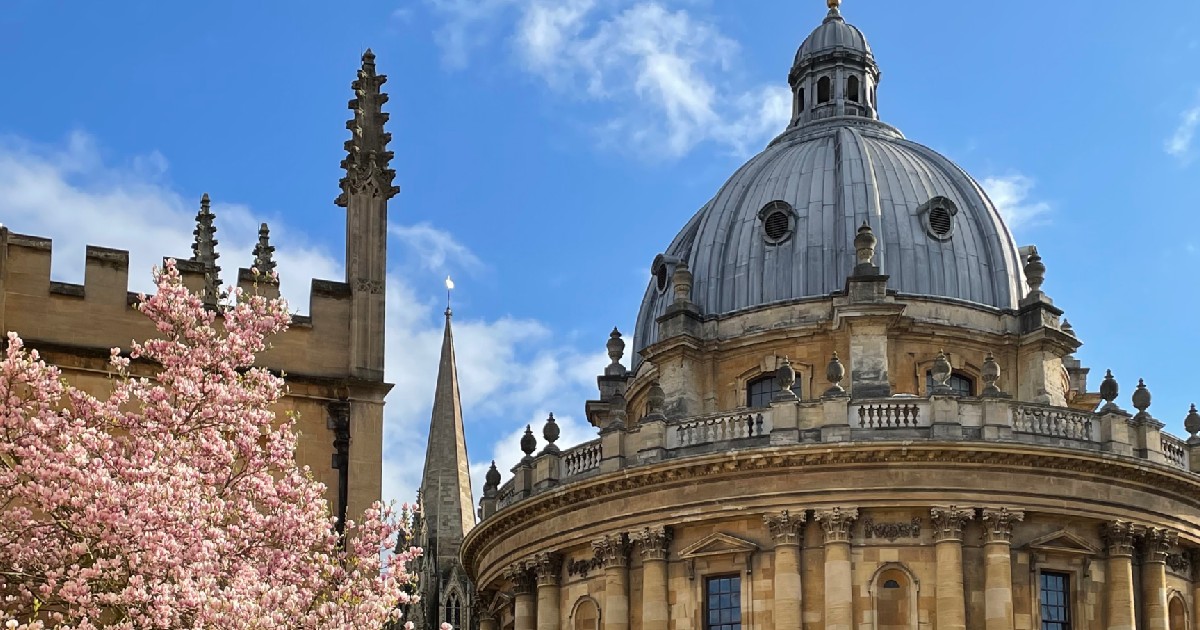 Image Description: a picture of the roof of the Radcliffe Camera with a blooming Magnolia in the foreground.

Prescom has sent a letter to Michelle Donelan (Minister of State for universities) urging her to provide a safe return to Universities after the Easter vacation. This comes after reports that the expected April 12th briefing may not provide any clarity for students.

This means that with one week to go before 0th week, the University has been given no guidance on whether any in-person teaching can take place nor how students can safely return. The university has updated its own guidelines to say that this information will only come out after the vacation. An email will be sent to all students on Monday morning with more information.

PresCom, a committee of JCR and MCR Presidents makes the argument that given that most domestic students can “visit nail salons, gyms, pubs, and can travel for domestic stays” it is unfair “ they cannot resume their studies”. Furthermore, research from the Office for National Statistics suggests 75% of students have been living in term-time accommodation. This would mean that guidance allowing for the return of university students would not cause large-scale domestic movement.

The current lack of guidance disproportionately affects Oxford students given that most live in college accommodation rather than privately rented accommodation. This means that college approval is required for students to return, the threshold for which can vary greatly from college to college. This has angered some students, who argue that in many cases, whether people have been allowed to return is dependent on which college they go to.

The PresCom letter also makes the point that “some of the most affluent have been able to enter into short-term private rental agreements without testing or any regulation from universities”. The current governmental ban on return to university accommodation discriminates against students that can’t afford to pay for short-term rent.

The final issue addressed is that the lack of regulation and testing provision will increase the likelihood of COVID-19 spread. Given that after the 12th of April internal domestic travel is allowed, there is no way to stop students returning to privately rented accommodation in Oxford. However, the students that are in Oxford unofficially are unlikely to notify their college and to register for University testing schemes which may increase the spread.

There will be an accompanying petition and social media campaign to add further pressure to government ministers to change and to update their guidance and allow for the safe return of university students.